Home > Zombie pleadings and how to kill them

Zombie pleadings and how to kill them 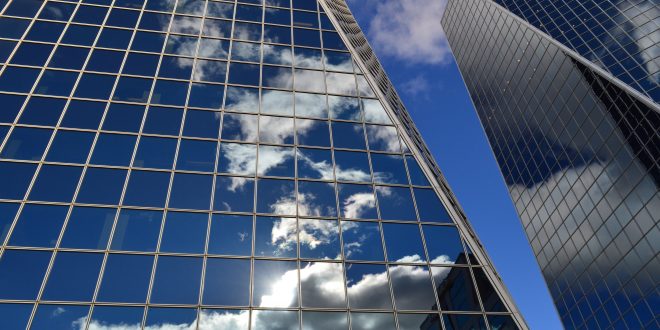 The “zombie pleading” is the statement of case that, despite being lifeless, still won’t die. And like a zombie it keeps going, on and on and on.

These pleadings (a much snappier description than a ‘statement of case’) fall into two principal types:

The most prosaic dispute can generate a document which is so lengthy it ought properly to be in chapters and come bound with a cover. And an introduction. And an index.

But being slightly more serious for a moment: The complexity of the dispute is no guide to the length of the pleading. Even long pleadings, properly set out, should be easy to follow (factually and legally) and can be responded to in a comprehensive manner by way of a Defence; or a Reply.

As with witness evidence, there is no shortage of guidance for practitioners as to what is and is not a ‘proper’ pleading. And a failure to follow that guidance can have significant consequences. The Civil Procedure rules at r.3.4(2)(b) and (c) say:

(c) that there has been a failure to comply with a rule, practice direction or court order.”

CPR 16.5 requires the defence to identify the allegations denied, those not admitted and identify the reasons for any denial and state the contrary version of events.   In that way, the scope of the issues to be determined are identified and therefore disclosure, witness evidence can be case-managed accordingly.

The Practice Direction supplementing CPR 16 sets out other matters that may need to be contained in a Defence. Additionally paragraph 1.4 of the Practice Direction states: “If exceptionally a statement of case exceeds 25 pages (excluding schedules) an appropriate short summary must also be filed and served.”

The number of cases in which you are unable to identify your claim or defence within 25pp, must be rare indeed. If you can’t, perhaps some judicious sub-editing may be necessary?

The Queen’s Bench Guide [“QB Guide”] paragraph 4.2.2 emphasises the importance in practice of CPR 16.4 in that Defence must set out a concise statement of facts. Paragraph 4.2.3 states that any claim form or particulars of claim that does not comply with CPR 16.4 or is “not legible, garbled or abusive” will be referred to a Master and is likely to be struck out by the court.   It may be assumed the same criteria should apply equally to all statements of case.

Paragraph 5.7.4 of the Queen’s Bench Guide sets out guidelines on preparing a statement of case. The guidance includes the following:

(1) A statement of case must be as brief and concise as possible and confined to setting out the bald facts and not evidence of them.(12) Any lengthy extracts from documents should be placed in a schedule.

(9) … contentious headings, abbreviations, paraphrasing and definitions should not be used and every effort should be made to ensure that they are in a form acceptable to the other parties.

(12) Any lengthy extracts from documents should be placed in a schedule.

Similar provisions are found in the Chancery Court Guide and the Admiralty and Commercial Courts Guide. The latter has a 25-page limit for statements of case unless the court gives permission for a longer document. These Guides are presumably produced for good reason, although – certainly in the QBD – we all come across pleadings and applications and witness evidence which do not comply with the Guide at all.

Back when the Civil Procedure Rules were a fresh new idea, Lord Woolf gave an additional judgment in Mcphilemy v Times Newspapers Limited and Others [1999] 3 All ER 775 and said:

[792J] The need for extensive pleadings including particulars should be reduced by the requirement that witness statements are now exchanged.

[793C] As well as their expense, excessive particulars can achieve directly the opposite result from that which is intended. They can obscure the issues rather than providing clarification.

[793H] The rules give the courts greater powers to impose proportionality.

[794B] While under the rules a party cannot be prevented from putting forward an allegation which is central to his or her defence, the court can control the manner in which this is done and thus limit the costs involved.

The Court of Appeal gave warnings to practitioners regarding skeleton arguments in Standard Bank Plc v Via Mat International Ltd [2013] 2 All ER (Comm) in Moore-Bick LJ’s postscript.  In his judgment Aitkens LJ stated:

[29] Overlong pleadings and written submissions …. which are manufactured by parties and their lawyers have come the bane of commercial litigation in England and Wales. This prolixity only adds to unnecessary costs; it does nothing to clarify and simplify the issues or to shorten proceedings, which aims should be the objectives of both pleadings and written submissions.

[30] … failure to comply with the letter of the Practice Direction on written submissions and the failure to heed the need for brevity in pleadings may well lead to strict adverse costs orders.

In Hague Plant Ltd v Hague [2015] CP Rep 14 the Court of Appeal had the opportunity to consider pleadings in light of the civil justice reforms and Mitchell v News Group Newspapers Ltd [2014] 1 WLR 795.  Briggs LJ concluded that criticism of the judge below in taking into account Master McCloud’s dictum, approved by the Court of Appeal, was misplaced [25-28].  This was because Mitchell was “a general description of the profound effect of the Jackson reforms…” and that it was relevant because the pleading failed to comply with the fundamental rules of pleading contained in CPR 16.4.

Christopher Clarke LJ also added a judgment in which he said:

[76] [Particulars of Claim] need not, and should not, contain the evidence by which they are to be proved ….

[78] Pleadings are intended to help the Court and the parties. In recent years practitioners have, on occasion, lost sight of that aim.  Documents are drafted of interminable length and diffuseness and conspicuous lack of precision, which are often destined never to be referred to at the trial, absent some dispute as to whether a claim or defence is open to a party, being overtaken by the opening submissions.  It is time, in this field, to get back to basics.

In Tchenguiz and others v Grant Thornton UK LLP and others [2015] EWHC 405 (Comm) Leggatt J struck out a 94 page pleading in the Commercial Court on his own initiative.  He set out in his judgment important guidance on pleadings:

[1] Statements of case must be concise. They must plead only material facts, meaning those necessary for the purpose of formulating a cause of action or defence, and not background facts or evidence.  Still less should they contain arguments, reasons or rhetoric.  These basic rules were developed long ago and have stood the test of time because they serve the vital purpose of identifying the matters which each party will need to prove by evidence at trial.

In Tchenguiz Leggatt J also disallowed the costs of drafting the struck out Defence and ordered fresh Defence less than 45 pages.  He stated that unless adverse costs orders would made practitioners would continue to overlook the principles of pleading.  He stated he had shown the judgment to the Judge in charge of the Commercial List “…who endorses the principle that flagrant disregard of the guidance applicable to statements of case may lead to adverse costs orders.” [17]

The CPR does permit the court to act of its own initiate as regards bad pleadings. But as the court appears to be unable to act when faced with an actual Application (with fee paid), for the best part of six months – the prospects of the court acting of its own initiative is broadly the same as expecting your teenage son to do the laundry of his own initiative.   It’s a theoretical possibility; it’s just not that likely.

As practitioners we tend to metaphorically shrug when faced with the Zombie pleading: they are just one of those things and ‘it’ll all come out in the wash’.

But they take an inordinate amount of time to comprehend, properly respond to and then address in disclosure and evidence.   And we have the tools – as set out above – to attack them.

Maybe it’s time we started taking a more proactive approach and actually trying to kill them. If only out of kindness to the poor trial Judge who will have otherwise have to wrestle with them in due course.