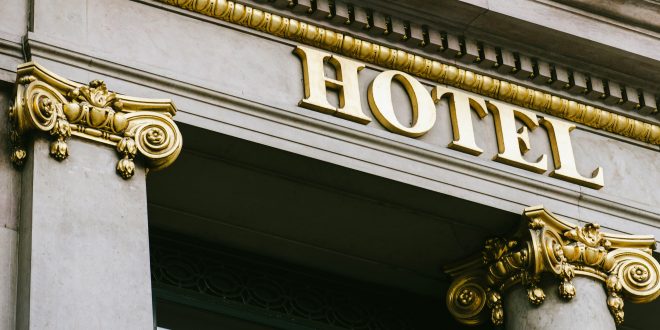 Willow engaged MTD to design and build a hotel in Shoreditch. As a result of delays in the project, the two parties agreed a revised practical completion date of 28 July 2017 (‘June Agreement’).

However, the works were not completed by 28 July 2017. The parties then fell into a payment dispute. It was determined in the adjudication that Willow was not entitled to claim liquidated damages for delays in completion.

The adjudicator’s basis for the decision was that according to his construction of the June Agreement, liquidated damages were precluded if practical completion was achieved. According to his construction, practical completion was deemed even if there remained outstanding items if an agreed list of outstanding works was provided. Since such a list was in fact provided, it followed that liquidated damages were precluded.

MTD resisted the claim for declaratory relief and applied for summary judgment to enforce the adjudication award.

HHJ Pepperall, sitting in the TCC, granted the declaration that the adjudicator made an error of law in relation to the construction of the practical completion clause. The adjudicator’s dismissal of liquidated damages was incorrect, but the error did not affect the rest of the adjudicator’s decision.

Since there was no breach of natural justice in the rest of the adjudicator’s decision, he held that claim for liquidated damages could be severed from the adjudication and the balance of the decision could then be enforced.

On the issue of whether the adjudicator had made an error of law, the judge agreed with Willow and held that he had. Although the June Agreement precluded liquidated damages in the event that practical completion had been achieved by the 28th of July 2017, that was only if the outstanding works in the list were completed according to schedule. However, if the revised obligations in the June Agreement were not completed, then Willow remained entitled to liquidated damages in default of completion.

The purpose of the June Agreement was to extend the date of practical completion and to set up a timetable for outstanding items to be completed. As HHJ Pepperall states at [48], ‘any construction that allowed MTD to undertake no further work provided that the parties agreed a list of outstanding works,’ would undermine that purpose.  It was therefore incorrect for the adjudicator to construe the Agreement as allowing MTD to deem practical completion by providing the list of outstanding works without actually undertaking the further work required.

“Accordingly, upon its true construction, the June agreement did not require Willow to accept that Practical Completion had been achieved simply upon agreement of a list of outstanding works. Rather, MTD was required in fact to achieve Practical Completion by 28 July 2017 save only in respect of the works identified in sections 2.0 to 4.0 of the schedule to the agreement.” It followed that the adjudicator was also wrong to hold that MTD was not entitled to liquidated damages.

In relation to the issue of natural justice, however, the judge refused to grant the declarations that the adjudication was not enforceable.

It was rare for the court to decline to enforce an adjudication on the basis of the adequacy of time allowed. Although time was very tight in the present circumstances, it was the nature of adjudication that there would be time pressure. The judge was not satisfied that either Willow or the adjudicator were given insufficient time to review the case.

He also dismissed Willow’s other complaints in relation to natural justice. There was no significant breach in the adjudicator’s admission of evidence at the reply stage or in his allowance of the surrejoinder, as these were no more than complaints about the rough and tumble inherent in the statutory adjudication scheme.

Since Willow failed in its natural justice challenge but the adjudicator had erred in construing the June Agreement, HHJ Pepperall then had to determine whether he could order severance of the adjudicator’s decision.

“Where a single dispute or difference has been referred it will generally be difficult to show that the reasoning in relation to the part of the decision that it is being sought to sever had no impact on the reasoning leading to the decision actually reached, or that the actual outcome would still have been the same. If this is the case, the part cannot safely be severed from the whole.

However, where, in the case of the referral of a single dispute additional questions are brought in and adjudicated upon, whether by oversight or error, there should be no reason in principle why any decision on those additional questions should not be severed provided that the reasoning giving rise to it does not form an integral part of the decision as a whole. However, failing this, the entire decision will be unenforceable.”

Willow v MTD Contractors confirms that the decision of an adjudicator’s decision can be severed provided the specific flaw in the adjudicator’s decision can be contained and does not undermine the rest of the decision. Where, the flaw is a significant breach of natural justice, however, it will be rare for the entire decision not to be compromised. In contrast, the flaw here was an error in law as to whether Willow was entitled to liquidated damages. Although the liquidated damages would have to eventually be set-off against any claim for the balance the issue whether Willow was entitled to it or not, did not affect the rest of the adjudicator’s decision.

HHJ Pepperall also stressed that, “the proper question is not, however, to focus on whether there was a single dispute or difference but upon whether it is clear that there is anything left that can be safely enforced once one disregards that part of the adjudicator’s reasoning that has been found to be obviously flawed.”

This goes further than other authorities such as Lidl. It would mean, potentially, that an adjudicator’s decision could be severed even if it dealt only with a single claim. It remains to be seen, however, how severance will be applied in later cases.