Home > When must a client be saved from himself? It is all a question of money says the Court of Appeal

When must a client be saved from himself? It is all a question of money says the Court of Appeal 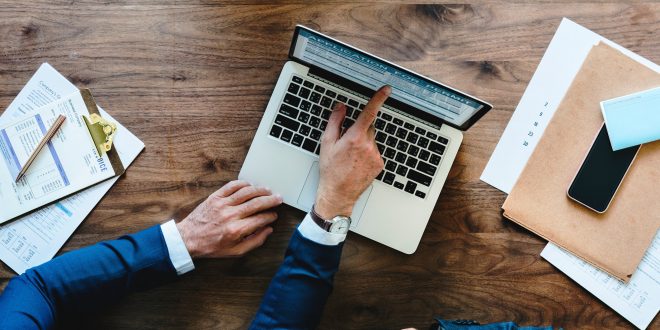 Do solicitors’ duties depend on how much they are paid? Are clients entitled to expect the same level of service from solicitors when they are strapped for cash? In Thomas v HJFS, the Court of Appeal has suggested that the standard of professional duties could be lowered when they are provided at a discount.

In Thomas v HJFS, the Court of Appeal (Jackson LJ giving judgment) suggested exactly this when dismissing an appeal by Mr Thomas, whose original claim for breach of duty of care against his former solicitor had also failed.

The background and first instance decision

The professional negligence action arose an earlier personal injury claim brought by Mr Thomas against his employer for Vibration White Finger. The Department of Trade and Industry (DTI) had in 1999 set up a scheme for the expeditious handling of miners’ VWF claims, which involved filling in a questionnaire and attending a medical examination. The doctor would then produce a report, and DTI’s claim handlers would, if appropriate, make an offer of general damages on the basis of these documents.

A claimant under the scheme could accept the offer, or alternatively pursue a claim for special damages in respect of costs actually or notionally incurred in employing others to assist the claimant in DIY, gardening, decorating and other household tasks (a so-called ‘services claim’). If the claimant pursued a services claim, the DTI would make an interim payment for part of the general damages, and the claimant would then have to submit to another medical examination. Questionnaires would also need to be completed by the claimant and his helpers, who would then be interviewed.

Under this scheme the solicitors instructed by the claimant were paid by the DTI according to a tariff. The costs payable were modest and substantially less than the usual costs for a case of similar complexity.

Having received the initial offer from the DTI, Mr Thomas had a meeting with HJF to discuss it. The meeting lasted 24 minutes. The solicitor asked Mr Thomas about special damages and recorded that whilst he had some difficulty carrying out decorating tasks, he was unable to get those people who helped him to complete a questionnaire and attend an interview.

Accordingly Mr Thomas accepted the offer made to him and received a cheque for £10,482.72. Some seven years later Mr Thomas responded to an advertisement which stated that many miners had received less compensation for vibration white finger due to the negligence of their solicitors.

The appeal was brought on the basis that the judge (Mr Recorder Cameron) had erred in law in holding that there was no duty on the to estimate the value of Mr Thomas’ services claim. The judge held that the duty to advise on this issue had been discharged by the solicitor’s statement that services claims “can be significant”.

In upholding the trial judge’s decision against Mr Thomas, the Court of Appeal noted several points of interest. Firstly, Lord Justice Jackson pointed out (at para 31) that in a negligence claim the issue is not ‘general lack of care’ but those specific acts or omissions which constitute ‘actionable negligence’.

Secondly, Jackson LJ found that no such acts or omissions were present, as a solicitor is not obliged to ‘tempt the client by referring to large sums’ in order to change their mind, where an articulate and intelligent client has made up his mind and no supporting evidence is available (at para 40). A solicitor is not necessarily under a duty to challenge the client’s decision, though the issue is fact-sensitive (at para 42).

Thirdly, and perhaps most interestingly, Jackson LJ placed significance on the fact that the solicitors were not being paid their usual rates under the scheme. He stated: ‘I have read through their substantial file with admiration, bearing in mind the small amount of costs they received at the end (…) There must be a sensible limit upon what we can expect solicitors to do in such cases.’ (at para 43). The court recognised a need to adopt a ‘realistic standard when assessing the performance of solicitors’ conducting high volume litigation under a low cost scheme. In such cases, ‘the solicitors cannot be expected to turn over every stone’ (at para 46).

This case provides a useful reminder of the risks for claimants in bringing a case that is premised on negligent omissions by their original solicitor on matters of advice and professional judgement. Where a claimant provides instructions to a solicitor that suggests evidence on an issue is not going to be forthcoming, the solicitor does not owe a duty to try and persuade the claimant otherwise by referring to the numbers at stake. As noted by Henderson LJ during argument, the issue is one of client autonomy (paras 37 and 42).

Further, the Court of Appeal’s decision on the standard of care is likely to have greater impact on the many cases of this kind generated by entrepreneurial solicitors and claims handling firms seeking to reopen high volume litigation schemes through professional negligence claims.

The Court of Appeal has suggested that the ‘realistic standard’ of conduct by which we measure the performance of solicitors’ duties can be tied to how much money they are paid for any particular case, the basis of the standard of care of solicitors is potentially very different.

Related points had been made in Procter v Raleys Solicitors [2015] EWCA Civ 400 at para 49, where counsel had drawn the court’s attention to financial pressures facing solicitors’ firms, and in Hicks v Russell Jones & Walker [2007] EWHC 940 at para 138, where Henderson J (as he then was) took it as a relevant principle that the solicitor of a legally aided claimant was bound to act ‘as if they were private clients of moderate means’.

However, the Court of Appeal in Thomas case went a step further by suggesting the standard of care would be altered by the solicitors’ low level of pay.

The conclusion is in stark contrast to the statements in Inventors’ Friend v Leathes Prior [2011] EWHC 711 (QB). At para 76 Cranston J stated: ‘In my view, where solicitors undertake work at a specific fee they are “generally speaking” obliged to complete the work, to the ordinary standard of care (emphasis added), even if it has become unremunerative’. Interestingly, the Court of Appeal’s conclusion is also the position in the leading textbook, of which Lord Justice Jackson was the original author (Jackson & Powell on Professional Liability (8th ed Sweet and Maxwell, London 2017), para 11-104).

Thomas v HJFS is itself a relatively straightforward case, but in a time of squeezed legal aid funds and civil procedure now emphasising costs management and allowing alternative fee arrangements, we may yet see a very different take on the scope of solicitors’ duties.

Indeed, the decision may well give pause to thought for claimants in a long running series of professional negligence cases arising from divorce proceedings. In those cases, of which the author has seen many in the past five years, claimants regularly complain that, having agreed a settlement in principle with their spouse, the solicitors negligently failed to advise them of the (frequently six-figure) value of the pension claim foregone. Following Thomas, there is now (further) reason to doubt that a highly involved duty is owed by solicitors to tempt a client not to execute an agreement he or she had personally negotiated by referring to large sums that might possibly be available if they pursued the case.When must a client be saved from himself? It is all a question of money says the Court of Appeal.