Home > What’s the Rush? Lessons from applications for an expedited trial

What’s the Rush? Lessons from applications for an expedited trial 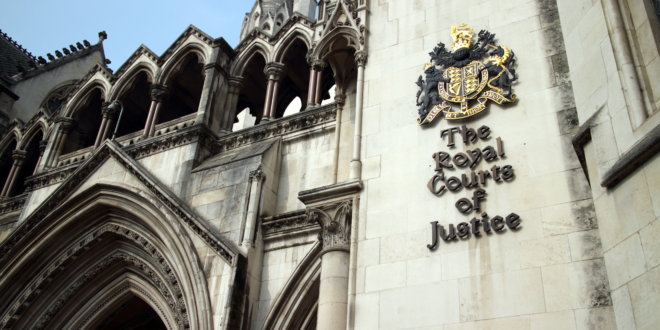 In light of a number of recent High Court decisions, Andy Creer considers the approach of the Court when considering an application for a speedy trial.

I recently made an application for an expedited trial in a ’54 Act opposed lease renewal. Few such cases get to trial, but if this one does, it will do so within  approximately 5 months of the CCMC in order to facilitate vacant possession by a longstop date in an agreement for lease to build a new medical centre. Unusually there was a genuine public interest in having the matter determined quickly.

In the course of the preparation of my skeleton, I noticed that there appeared to be an increasing number of such applications over the last three years. A trend which one might predict will increase if our Court system is placed under further pressure by COVID-19. It therefore seemed apposite to review the available law and guidance.

The starting point is that, in accordance with overriding objective, cases are to be brought to court as soon as reasonably possible. Against this context the Court balances the demands on its limited resources.

“The question of expedition is partly a question or principle and partly a question of practice. Any order for expedition involves a disturbance of the normal procedure of a case to be got to trial. It involves giving preference to one case in the allocation of court time over other cases; it also involves requiring the lawyers on both sides to give preference to the tasks of preparation of a trial for that case as over tasks of a similar nature in relation to the affairs of other clients.”, Lloyd J. in Daltel Europe Ltd (In Liquidation) v Makki (No.2) [2004] EWHC 1631 (Ch).

However, the Court does not need to consider the practicalities of the timetable at all unless it is satisfied that the case meets the threshold test for expedition: objective urgency.

The most cited authority is W. L. Gore & Associates GmbH v Geox SpA [2008] EWCA Civ 794, where a case management decision not to grant a direction for expedition in a patent case was under appeal. At first instance Lewison J[1] had refused permission as the timetable had been agreed by consent between the parties some 7 weeks before the hearing of the application and he did not think there was a significant change in circumstances (this being the relevant test where the Court is invited to vary its own order under r.3.1(7)). Additionally, Lewison J required there to be “very cogent reasons” for a case to effectively jump the listing queue.

By the time of the appeal, Neuberger LJ[2] was presented with a markedly different case management proposal facilitated by the Chancery listing section, which would allow the case to be heard as vacation business and not impact on other litigants. In provisionally granting a new timetable, the Court exercised the jurisdiction afresh by reference to four factors: –

i) Is there a good reason to expedite?

While I’ve not seen it expressed in this way, this essentially requires the Court to be satisfied that there is a real risk that the applicant will suffer irremediable harm or prejudice if the claim is not determined by a specific date.

The complexity of the case only affects the practicality of accelerating the timetable, it is not relevant to whether the matter is urgent: Daltel.

An application was refused in JW Spear & Sons Ltd v Zynga Inc [2012] EWHC 1374 (Ch) where it was said that the delay in bringing a trademark infringement case to trial in the ordinary course of events would cause the Claimant to suffer unquantifiable damage for a further 6 months. The applicant did not suggest that the matter was sufficiently urgent so as to meet the test for being vacation business.

As Warren J. noted in Eli Lilly & Company v Human Genome Sciences Inc [2012] EWHC 2857 (Pat) all litigants have a wish to obtain commercial certainty as quickly as possible, so the applicant has to demonstrate that the ordinary delay inherent in the court timetable will cause some “real and strong detriment”.

The desire to ensure speedy enforcement of any judgment is not a ground which justifies expedition as all litigants ultimately want swift justice. In Daltel the application was refused where it was made in support of a claim for fraudulent and/or wrongful trading under the Insolvency Act 1986. The claimant sought to obtain judgment and repatriate funds in a joint bank account in Lebanon which could not be subject to a freezing order.

A speedy trial was refused in Vachha v Hamilton [2020] 12 WLUK 14, where no compelling reason was provided to justify prioritising the case over the rights and expectations of other court users. The impact of COVID-19 also meant that future events were uncertain (whether local elections would be held), which pointed against real urgency.

Some examples of urgency which justified expedition include: –

ii) The good administration of justice

This covers both the necessity for an achievable timetable to meet the target date for a just trial to be conducted and the extent to which other cases awaiting trial may be inconvenienced.

Given that applications to expedite are made at an early stage in proceedings, often before a defence is filed, it is crucial that the applicant can assist the Court to understand the issues in the case and the likely case management requirements, in particular the extent of disclosure on disputes of fact.

The applicant should have also investigated with the listing office the possibility of getting the trial heard in the target window and the time estimate given must be realistic. In Arora Management Services Ltd v Hillingdon BC [2020] EWHC 79 (Ch), had the judge been minded to order expedition, the court would not have been able to accommodate what needed to be a 7 day trial (compared to the 5 days submitted by the applicant) without disturbing the listing of other matters. In that case the alleged public interest in a speedy trial was discounted as being of only limited relevance.

The practicality of the timetable was also a salient factor in Law Debenture Trust Corporation v Elektrim SA [2008] EWHC 2187 (Ch), where bringing on a trial with a time estimate between 10 and 20 days within 5 months was held to be unworkable.

iii) Unfair prejudice to the other side(s)

It was held by Morgan J. in Elektrim that the role of the respondent in an application is limited to explaining what, if any, prejudice it will likely suffer if the trial timetable is compressed. Beyond that objection, the question of expedition is one for the court.

In principle, not having sufficient time to obtain the best possible expert evidence might provide sufficient prejudice to outweigh the need for urgency. However, the point received short-shrift in Sandhar and Kang Ltd v Ijaz [2018] EWHC 2604 where there was no evidence before the Court that the defendant had sought to identify and instruct an expert but had been unable to do so because of unavailability. Zacaroli J. was prepared to expedite the trial to determine whether a break clause was validly executed such that vacant possession could be obtained by a given deadline by reference to an option agreement, even though the option holder had not yet sought to exercise the option. The judge did not appear to receive submissions on the point that the claimant had seemingly created the problem itself by entering into an option agreement for the sale of tenanted property which provided for completion within one month, even though the break clause in the lease could only be exercised on three months’ notice.

In Ijaz it was also recognised that the Court should take to avoid overburdening a party with limited legal resources, as placing the parties on an uneven footing as a consequence of expedition would be contrary to the overriding objective.

Timing will be a relevant factor and the later an application is made, the more likely the other side will be able to identify some prejudice, whether that is insufficient time to deal with directions or even perhaps having to change legal teams if the trial window clashes with dates to avoid.

In Geox the Defendant had had limited opportunity to consider whether the proposed timetable would cause it any prejudice and the Court specifically gave it liberty to apply once it had considered the revised directions, though doubted there would be any caused in the 6 month timetable.

As with all judicial discretion, this provides a broad net to ensure all the relevant circumstances are taken into account. So, for example, in CPC Group Ltd v Qatari Diar Real Estate Investment Co [2009] EWHC 3204 (Ch) the Court took into account that the declarations as to the effect of a sale and purchase agreement were unlikely to finally resolve the dispute between the parties.

Special factors often includes the extent to which the applicant has acted with all due promptness in conducting the claim.  The fact that an application is not made at the earliest opportunity does not automatically defeat the application. In some cases, of course, the need for expedition is not appreciated at the outset.  Similarly, a number of cases support the proposition that even, if the applicant could have moved more quickly, this is not sufficient reason to deny expedition if the case is objectively urgent: Samsung Bioepis UK Ltd v Fresenius Kabi Deutschland GmbH [2018] EWHC 2657 (Pat). In Geox and Apache Beryl it was felt that denying expedition on the grounds of the applicant’s own delay would be “disproportionately penal”.

The Court endorsed a period of delay whilst the parties sought to negotiate in Geox. Similarly, an element of delay where a party had taken time to obtain legal advice was not criticised in Middlesbrough Football & Athletic Club (1986) Ltd v Flahavan & Ors [2018] EWHC 4051 (QB). There the special factor which troubled Warby J. was whether the undertakings offered by the defendants provided sufficient protection such that a speedy trial was not necessary.

In the intellectual property case, Warner-Lambert Co LLC v Teva UK Ltd [2011] EWHC 2018 (Ch), the application followed the imposition of a without notice injunction (which the parties subsequently agreed to continue by consent). Floyd J. did not accept that a speedy trial should be ordered as a matter of course  following the grant of an interim injunction. It was but one of the factors to be considered.

As one might expect, the categories of case where expedition is appropriate are not closed: Petter v EMC Europe Ltd [2015] EWCA Civ 480,  where their lordships did not agree that it was wrong as a matter of principle to say that a claim for damages could not justify a speedy trial.

What the authorities tell us is that each application has to be carefully considered on its specific facts and, where justice requires it, the judiciary will strive to accommodate an expedited trial.

This article was written by Andy Creer. First published for the Property Litigation Association in January 2021.