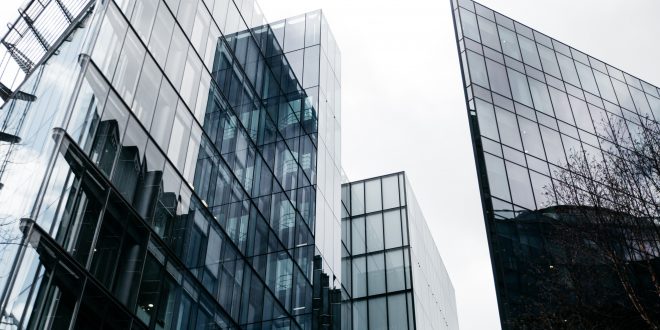 How deep is the “pool of facts in which it is permissible to fish for the basis of the new cause of action” if a party wishes to benefit from the ‘relation back’ doctrine when calculating limitation periods? The Court of Appeal gives guidance on the meaning of “the same or substantially the same facts” for the purpose of CPR r 17.4(2).

The Appellant, Samba Financial Group (‘Samba’) was a company incorporated in Saudi Arabia. In September 2009, Samba received several shares in various Saudi Arabian Banks, valued at about US$318 million, transferred by one Mr Maan Al-Sanea in purported payment or part-payment of debts owed by him to Samba.  The Respondents, Saad Investment Companies Limited (‘SICL’), a company incorporated in the Cayman Islands, and its Joint Official Liquidators, claimed that those shares were held by Mr Mann Al-Sanea on trust and that the transfer to Samba was made in breach of trust.

SICL having collapsed into liquidation in the Cayman Islands in July 2009, the Respondents initially sought a declaration by the English Courts under the Cross-Border Insolvency Regulations and s 127 of the Insolvency Act 1986 that the transfer was void as a disposition of SICL’s property after the commencement of winding-up. No claim was made against Samba, at that stage, that it held the shares as constructive trustee for SICL; the Respondents had made the conscious decision not to include such a claim in the proceedings.

The action thus pleaded fell subject to a number of procedural disputes as to proper law, jurisdiction and forum conveniens and, in this form, ultimately reached the Supreme Court.  There, it was put to the parties for the first time that at the relevant transfer might not have been a “disposition” within the meaning of s.127 of the Insolvency Act 1986. Following further submissions on the point, the Supreme Court held that the transfer was indeed not a relevant “disposition” and that the claim, as originally formulated, was bound to fail.  The proceedings were therefore remitted to the High Court to permit the Respondents to apply to re-amend the claim.

The application to re-amend pleadings to a claim in constructive trust was then heard in October 2017. Samba resisted the application, inter alia, on the ground that to permit the amendment would defeat a valid limitation defence.  On the other hand, the Respondents relied on CPR r 17.4(2):

The court may allow an amendment whose effect will be to add or substitute a new claim, but only if the new claim arises out of the same facts or substantially the same facts as a claim in respect of which the party applying for permission has already claimed a remedy in the proceedings.

Birss J ultimately allowed the re-amendment, holding that he was not confined to looking at the pleadings alone to see whether the new claim arose out of “the same or substantially the same facts” as the old claim.

The Court of Appeal referred to Goode v Martin [2002] 1 WLR 1828 on the correct reading of CPR r 17.4(2), emphasising that the ‘same facts’ relied upon in an application to add a new claim outside the limitation period must be “already in issue” on a claim in respect of which the applicant has already claimed a remedy.

The Court considered, then, whether it is permissible to look outside the pleadings to determine what facts are “already in issue on the existing claim.” Although it acknowledged that it might be fair in some cases to cast the inquiry widely, the Court noted practical difficulties if the “pool of facts in which it is permissible to fish for the basis of the new cause of action” were not limited by the pleadings but were open to every fact which came to light, whether in, for example, witness statements, court transcripts of submissions and evidence, or inter-party correspondence.

In the present case, the Court found that, although the initial claim was based simply on a transfer (which might have been wholly innocent) arising after winding-up, the possibility of an inquiry into the good faith of the defendant was at least potentially in issue.  However, the allegations of knowledge to be inferred for this purpose would be “extremely fact sensitive and very sensitive to the legal and commercial context of the disputed transfer” (emphasis added).  Although such inferences of knowledge would be drawn from a “plethora of sources of enquiry…over a lengthy period,” this would not necessarily mean that these investigations could be assumed to cover the same grounds as an investigation of the highly detailed factual case upon which the new constructive trust claim was advanced.

The Court of Appeal therefore allowed the appeal and quashed the order granting the Respondents permission to re-amend the Particulars of Claim.

This case gives useful guidance on applications to amend claims after the expiry of a relevant limitation period. Practitioners should note the constant refrain throughout the judgment that “the same or substantially the same facts” for the purposes of CPR r 17.4 does not mean ‘similar.’

….in the vast majority of cases what is “in issue” in an existing claim will usually be determined by examination of the pleadings alone. It will be the primary, and probably the only, source of material for deciding the question. In some cases, however, such as those considered above where, for example, there has been an extensive evidential battle on a summary judgment application or on a jurisdictional question, it may be possible to discern that facts are already in issue in a case prior to being crystallised in formal pleadings. Nonetheless, I consider that such cases will be rare.

Practitioners are also reminded of the three-stage test for applications under CPR r 17.4(2), as established by the authorities:

To this well-established test, the present case adds further that the threshold question under stage (iii) will require a positive evaluation of the new case as against the old. The case is also useful as a reminder of the importance of analysing and pleading one’s case correctly, before any relevant limitation period expires!