Home > The importance of acting with “reasonable promptitude” when applying for relief from forfeiture: Keshwala and another v Bhalsod [2020] EWHC 2372 (QB) 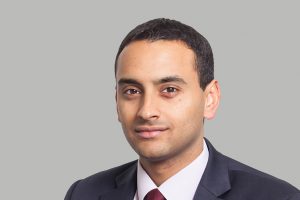 The importance of acting with “reasonable promptitude” when applying for relief from forfeiture: Keshwala and another v Bhalsod [2020] EWHC 2372 (QB) 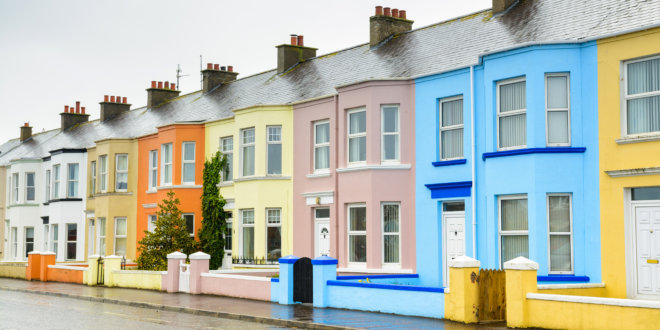 The tenants (Claimants) had a twenty-year lease of 89 Narborough Road, Leicester (Property) which commenced on 12 March 2008. The Property consisted of a lock-up shop on the ground floor with residential accommodation above. The Claimants mistakenly paid only £1,500 of the £2,000 quarterly instalment of rent that fell due in June 2018, leaving arrears of £500.

On 13 September 2018, the landlords (Defendants) effected forfeiture of the lease by peaceable re-entry.

On 24 September 2018, the Second Claimant e-mailed the Defendants’ property agent informing him that the arrears of £500 had now been paid and that the upcoming quarterly payment of rent which fell due on 29 September 2018 would also be paid. On 14 October 2018, the property agent replied by e-mail saying that he had “specific instructions from [the Defendants] not to take any action as [they] were dealing with the matter”.

On 25 January 2019, solicitors acting for the Claimants attempted to send an e-mail to the First Defendant explaining that the Claimants were willing to pay the outstanding rent and that the delay in issuing a claim for relief from forfeiture had been caused by difficulties in obtaining the signature of the First Claimant who resided in India. Unfortunately, this e-mail was not received by the First Defendant as it was sent to an incorrect e-mail address.

On 26 February 2019, some five months and thirteen days after the lease had been forfeited, the Claimants issued proceedings seeking relief from forfeiture.

The claim came before HHJ Hampton on 9 January 2020. Whilst the Judge was critical of the Defendants’ “harsh business practice” in forfeiting a lease which had some 10 years to run where the arrears were only £500, she ultimately refused to grant the Claimants relief from forfeiture. Her reasoning was set out at paragraphs 111 to 119 of her judgment:

112. I have given great thought to the matter. I have considered the learning that is found in Woodfall, the cases that have been put before me and the arguments that have been rehearsed. The delay on the part of the claimants has not been properly explained. I can understand why they did not commence the proceedings formally, but that does not explain why they did not put the defendants on formal notice, either by a solicitors’ letter or by some form of formal letter sent to the addresses recorded at the Land Registry, making it clear that once the first claimant had been tracked down, an application for relief from forfeiture would follow and that if the defendants parted with possession of the property, they did so at their peril.

113. I also consider the background about the first claimant’s willingness to cooperate with the second claimant. He has been willing to cooperate in principle, but it is quite clear, both from his witness evidence and from the exchange of correspondence, that he wishes to have nothing to do with the property. He certainly does not want to bear any liability.

115. These proceedings themselves demonstrate the difficulties that there are in contacting the first claimant when his presence is required. He has been absent in India at a crucial period and he has not returned, notwithstanding he has provided a witness statement. It was hoped that his evidence would be led orally at trial and it has not been.

116. Set against that, I find it a very harsh decision to have acted to forfeit the premises with 10 years of the residue of the lease to run, for arrears of only £500. Each party criticises the other party’s principal witness for not being truthful, and I have taken that into account. I find Mr Bhalsod to be a most unimpressive witness. I find him to be evasive. I find that he has manipulated the situation to his advantage, but he has not done so unlawfully.

118. However, the claimants’ inactivity between October and January is not sufficiently explained. I am not comfortable with the inconsistencies that there are in the first claimant’s position as demonstrated by the correspondence. His demonstrated wish to absolve himself of any liability is inconsistent with his purported support of the second claimant in this application for relief. There is discomfort in imposing on the first claimant a liability he plainly does not want, and on the defendants a tenant who is difficult to get hold of and who does not wish to have any liability in respect of the property. If the second claimant gets into difficulties again, must have been in some sort of difficulty not have paid the business rates in the summer of 2018, the defendants are left with the other reluctant tenant who may not be in the jurisdiction, if any need arises to enforce any financial default on the part of the second claimant.

119. Taking all those matters into account, and as I have said, if this application for relief had been made promptly or at least the claimants had forewarned the defendants promptly in September or October 2018 that there would be an application for relief from forfeiture, I have no doubt the court would have [had] no difficulty in granting relief. In the circumstances of the case for the reasons that I have discussed, I find that although the matter is finely balanced, it is not appropriate to grant relief from forfeiture in this case, and the claimants’ claim is dismissed.”

The Claimants’ appeal was allowed by Martin Spencer J who, at paragraph 16 of his judgment, said that:

“[t]he starting point…is that, in exercising the discretionary remedy of relief from forfeiture, the proviso for re-entry is to be treated as no more than security for the payment of rent, so that if rent is paid (or tendered) relief should follow unless there is some exceptional reason why it should be unjust to grant relief.”

On the central question of delay, the Court said that the “principal guidance” for considering delay is the “statutory six-month limit for the bringing of a claim for relief from forfeiture”.

After reviewing the authorities, Martin Spencer J concluded, at paragraph 19, that:

“although an application for relief from forfeiture may be brought more than six months after possession has been taken by the landlords so long as the elasticity of “reasonable promptitude” has not snapped, an application brought within six months is to be taken as having been brought with “reasonable promptitude”. In those circumstances, the factor relied upon by the learned judge in refusing to grant the relief sought, namely the delay within six months, was not capable of amounting to the kind of exceptional circumstances which it is necessary for a landlord to show when inviting the court to refuse relief despite the application having been brought within six months. It may be of significance that, in reaching her decision, the learned judge made no reference to the guidance to be derived from the statutory six-month time limit.”

It should also be noted that by the time of the appeal the residential part of the Property (which had been let to a third party pursuant to an assured shorthold tenancy) was now vacant. Whilst the commercial part remained occupied by the new tenant, the Claimants were content with a reversionary lease. In these circumstances, the Court concluded that “the re-letting of the premises is no bar to granting this application for relief from forfeiture.”