Home > The effect of landlord insolvency on tenants

The effect of landlord insolvency on tenants 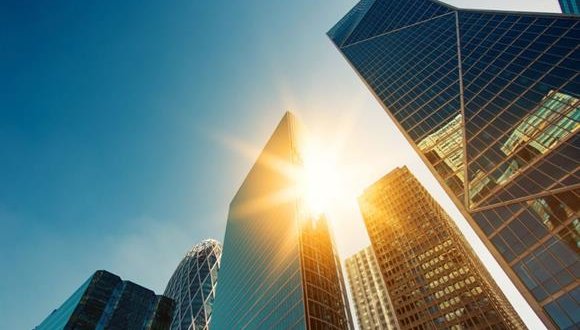 In these unprecedented times there has been much discussion and focus in the property community of the effect of tenants unable to operate their businesses and the risks of widescale insolvencies.

However, that is bound to have a knock on (and potentially immediate) effect on landlords. If tenants are unable to pay rent and many tenants enter into insolvency, disclaimers following shortly thereafter, combined with the fact that at present, corporate landlords have not been granted a loan repayment holiday, the stress on the commercial landlord is likely to be enormous. Perhaps not as stark, but what seems like the inevitable further increase in property only CVAs in the bricks and mortar retails sector will see revenues for landlords likely plummet over the coming weeks, months and likely years. To bring this to reality, I have already been approached by a significant institutional landlord in the casual dining sector to assist with options to move forward where most tenants have simply said that they will not be able to pay any rent for at least three months (and that seems to be a conservative time frame).

So, what of the tenant managing to weather the storm of these troubled times? What does a landlord insolvency look like and what will it mean for that tenant?

A commercial landlord’s insolvency is likely, in the first instance, to take the form of a creditors’ voluntary arrangement or an administration. Due to the asset base of the business, it is unlikely, unless the financial circumstances are extremely dire (which even in these times they are unlikely to be) that the landlord will move immediately to liquidation.

A creditors’ voluntary arrangement is broadly what it says on the tin – it an arrangement between the company and its creditors to manage debt and ongoing liabilities. It is, in effect a contract between those parties that has a statutory overlay of the framework of the Insolvency Act 1986 which allows the majority of creditors (over 75%) to bind the whole body of creditors. It may well be that insolvent landlords will try to use this process to reduce their liabilities to either head landlords or funders but the difficulty is likely to be that those entities will hold a much more significant body of votes than they would in a ‘landlord only’ CVA of a trading entity because in those the trading creditors, unaffected by the CVA usually exceed the landlord votes.

As a debtor of the landlord, the tenant will take little part in the creditors’ voluntary arrangement and will probably only learn of it when it goes through. I can’t see any basis for such an arrangement increasing the liabilities of a tenant under the terms of the lease but I think that the noticeable impact will be a hardening of the attitudes of the landlord and an insistence that lease obligations are met as and when they fall due under the supervision of the insolvency practitioner. Indulgences for the current circumstances are, it seems to me, much less likely.

Secondly, administration. It can take a number of forms. At its high point it is a process designed to rescue the company, ensure creditors are paid and secure the employment of staff. In that form, whilst the company will have been placed into the hands of an administrator, the tenant will notice little difference. The lease obligations will be the same and with a close co-operation between the pre-existing management and the administrators the likely lines of communication will be unaffected.

However, there are other forms. The most commonly used process, and that which it seems to me is likely to see common use under the current circumstances is the so called pre pack administration. To take a common scenario, the underlying business is successful. In the landlord and tenant scenario, there is a rump of properties that are generating a profit, either because the rent exceeds the funding requirements or the rent exceeds the head rent that is being paid. However, there is likely to be an element of the portfolio that is vacant, under rented in the head lease scenario or where the rent is exceeded by the funding requirements. That group of properties will be hitting the company’s profit figures significantly and the effect may be insolvency.

In a pre-pack administration the concept would likely be to sell the profitable element of the portfolio to a NewCo. and then address the other issues in the following creditors’ voluntary liquidation, whether by disclaiming the properties (freehold or leasehold) or selling them on at a value which only sees the secured chargeholder paid partially.

Returning to the subject of the effect on the tenant, the likelihood is that in this scenario, the property in which the successful tenant remains will form part of the group sold to the NewCo which may frequently involve a continuity of communication, administration and management team.

However, the perhaps less endearing side of this process is that the inevitable new element of management (whether during the administration by the administrator) or following the sale will again insist on a fairly hardline approach to leasehold obligations. Whilst there will be a balance to be struck to ensure income streams remain things like rent reviews and end of term dilapidations and negotiations are likely to be approached in a different manner with a view to maximising income.

Having said that the actual obligations under the lease will remain the same. As I have said, I cannot foresee a scenario in which the tenant’s obligations will be altered without the tenant’s consent because none of the insolvency processes provide a mechanism for that to happen. Ultimately all of the obligations will continue as before, whether that be rent, service charges, insurance dilapidations etc.

However, there is likely to be an alteration in the identity of the landlord (whether that means an entirely new landlord or one that involves the management and administrators of the previous company remaining involved) but I do think that for those tenants that remain successful in the current climate, there is going to be a significant hardening of attitudes towards leasehold obligations which will either maintain income or generate additional income.