Home > The death of “forensic prestidigitation” in construing commercial contracts? Towergate Financial (Group) Ltd and others v Clark and others 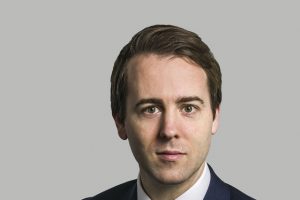 The death of “forensic prestidigitation” in construing commercial contracts? Towergate Financial (Group) Ltd and others v Clark and others 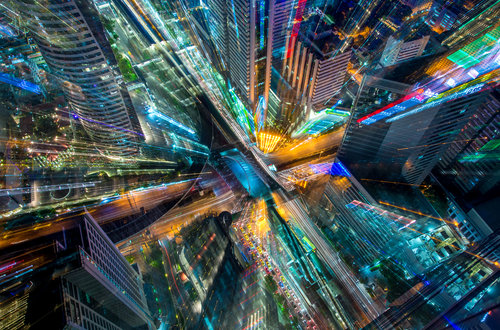 This was one of the first remote trials in the High Court, taking place over three days in early April 2020. For posts on the practicalities of that experience in this case see Andrew King of Lennon’s blog on the solicitor’s perspective, and Matthew Hodson’s blog on the barrister’s point of view.    Matthew and Andrew were both involved in Towergate.

In August 2008, the claimants purchased a financial services firm from the first six of the defendants on terms agreed within an SPA. By one term in particular, those defendants gave the claimants an indemnity against any losses consequent upon claims or complaints against the business arising from mis-sold financial products.

In 2014, the FCA instituted formal section 166 of the Financial Services and Markets Act 2000 reviews to investigate its concerns in relation to enhanced transfer value (ETV) schemes and unregulated collective investment schemes (UCIS) upon which the firm had advised prior to the SPA. As a result of these reviews, the claimants were required to make redress payments to customers and estimated their potential liability in the tens of millions.

In July 2015, the claimants served on the relevant defendants a notice of their intention to rely on the said indemnity, as was required by the SPA.

The question for the court, to be determined by way of preliminary issue, was whether or not that notice complied with a condition precedent contained within the notice clause in the SPA. In particular, were the claimants bound by a requirement that notice should be served “as soon as possible” upon learning of any “matter or thing” that might give rise to liability?

The case had already been through the High Court and Court of Appeal on the question of whether or not it had been necessary for the notice to specify the details and circumstances, and an estimate in good faith of the value of the potential indemnity claim, in accordance with the notice clause. Those two courts had determined that there was no such requirement on the wording of the clause: the claimants need only give bare notification of the “matter or thing” (in this case, the section 166 reviews).

The notice clause was as follows:

6.7 The Purchaser shall not make any Claims against the Warrantors nor shall the Warrantors have any liability in respect of any matter or thing unless notice in writing of the relevant matter or thing (specifying the details and circumstances giving rise to the Claim or Claims and an estimate in good faith of the total amount of such Claim or Claims) is given to all the Warrantors as soon as possible and in any event prior to:
6.7.1 the seventh anniversary of the date of this Agreement in the case of any Claim solely in relation to the Taxation Covenant;
6.7.2 the date two years from the Completion Date in the case of any other Claim; and
6.7.3 in relation to a claim under the indemnity in clause 5.9 on or before the seventh anniversary of the date of this Agreement.

The clause bears copying out in full because it contains enough contradictions and errors to keep a law student busy for a decade, though some depend on definitions not available to the casual reader of this blog. It is a clause described by the Court of Appeal in the following terms: “a badly drafted provision… it is unwise to proceed on an assumption that its language has been chosen with care”.

The defendants contended that notwithstanding the numerous errors, the requirement that notice be given “as soon as possible” was after all quite clear, and certainly applied to indemnity claims in accordance with clause 6.7.3.

The claimants relied upon the proposition that a condition precedent must be clear and unambiguous if it is to be enforceable, citing Zurich v Maccaferri and Impact Funding v AIG. In this respect, they pointed to a number of problems with the clause:

A real world approach to construction

Mrs Justice Cockerill DBE, in a carefully reasoned and detailed judgment, took a robust approach to the claimants’ objections.

She accepted that the clause had its “imperfections” but had “no difficulty in concluding” that there was an enforceable condition precedent requiring notice to be given as soon as possible. She stated, at paragraph 72:

“… while the… clause is not perfect, it is – in real terms – perfectly clear. There are a few issues with it, but they are ones that any sensible reader can resolve without difficulty. It is not ambiguous.”

This was a refreshing approach to a clause that had occupied countless lawyers for almost four years of litigation. It serves as a reminder that there is a danger of becoming too tangled up in semantics to take a step back and ask more broadly what the clause must have been intended to mean to those in business who agreed it.

The “prior to… on or before” issue was a mere tautology that “any reasonable reader” (paragraph 75) could sensibly ignore.

There was nothing difficult about the concept of the words “as soon as possible”, and the previous High Court and Court of Appeal judges had had no problem identifying the trigger point as any matter or thing that “may give rise to liability”. That was a common concept in insurance contracts and could be understood by taking a practical view. While the claimants raised hypothetical questions seeking to stretch the clause to breaking point, those were dismissed by the judge, at paragraph 115 “akin to… forensic prestidigitation”, arguments that left her “unbeguiled”.

This real world viewpoint characterised the judgment, and was shown clearly in the judge’s approach to the issue of clarity at paragraph 120:

“The authorities turn on clarity versus ambiguity. A clause can be clear simply by default of alternative. Here the result is that the clause is actually clear on analysis, and is the more so because the alternative offered lacks the credibility which might indicate ambiguity.”

The judge thereby made the point that even if a clause is imperfect, if it has only one sensible meaning then, no matter its flaws, it is tolerably clear.

As a consequence, the claimants’ claim under the indemnity failed.

The judge’s no-nonsense approach to construal of this commercial SPA is one that those in business who deal with commercial contracts on a daily basis are bound to welcome with open arms: an example of the law coming to a common sense conclusion on meaning without labyrinthine semantic arguments.

Is this a sign of the decline of “forensic prestidigitation”?