Home > The Court of Appeal considers the consequences of failure to serve a registration order under the Lugano Convention: Islandsbanki Hf & Ors v Stanford [2020] EWCA Civ 480

The Court of Appeal considers the consequences of failure to serve a registration order under the Lugano Convention: Islandsbanki Hf & Ors v Stanford [2020] EWCA Civ 480 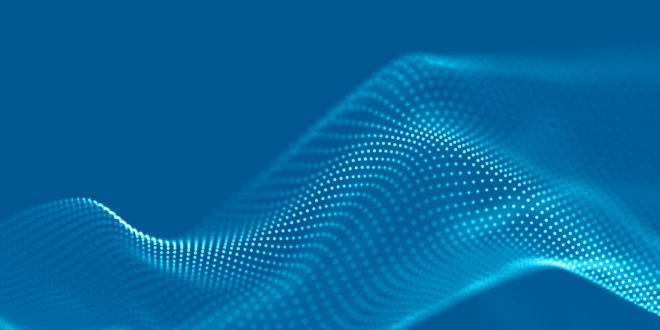 Although the IB petition had been made first in time, by an order dated 22 February 2019, ICC Judge dismissed IB’s petition and adjudged Mr Stanford bankrupt upon the petition of HMRC.  Had the order been made on the IB petition, the powers under the Insolvency Act 1986 relating to setting aside transactions at an undervalue, preferences, and void transactions would have been available from the date of the IB petition, 6 April 2017; rather than some four months later on 22 August 2017 when HMRC presented its petition.  The evidence strongly suggested there would have been a number of substantial transactions during those four months which would be susceptible to challenge.

The IB petition was based on a judgment debt, obtained by IB against Mr Stanford on 26 June 2013 in the Reykjanes District Court in Iceland for ISK 74,095.630.000 plus legal costs of ISK 132,900.00 (the “Icelandic judgment”). A certificate was issued by the Icelandic court pursuant to Articles 54-58 of the Lugano Convention (‘the Convention’) and the Icelandic judgment was ultimately registered in England and Wales by way of an Order sealed on 23 March 2016 (the “Registration Order”).

Nevertheless, just a week later, on 30 March 2016, a Writ of Control to enforce the Icelandic judgment was issued in the High Court pursuant to CPR Part 74.  After communications between the parties, a standstill agreement, and several attempts to enforce, a High Court Enforcement Officer certified the Writ of Control ‘unsatisfied in whole’ on 14 February 2017.

This was the basis of the IB petition presented in April 2017 which was dismissed on the basis that, because the Registration Order had not been served, the time specified for appeal remained extant.  It followed that the Writ of Control was invalid, which could not be considered a procedural defect capable of being remedied under CPR r 3.10.  There had, therefore, been no enforcement for the purposes of s.268(1)(b) of the Insolvency Act 1986; the statutory requirements for presenting a petition, therefore, had not been met.

Article 47(3) contains the prohibition reflected in the Registration Order:

For Asplin LJ, the purpose of the Convention, when read as a whole, was clear: to provide a single regime of enforcing judgments.  To this end, the prohibitions on enforcement under Articles 43(5) and 47(3), as implemented into domestic law by s 4A(3) CJJA 1982, created overarching principles applicable in every contracting State.  The domestic rules and procedures of enforcement, though left to the contracting States ‘no doubt’ for practical purposes, could not be used to undermine fundamentally the overarching principles and purpose of the Convention.

Furthermore, any reference to the application of ‘rules of court’ in s 4A(3) CJJA 1982 could only be to the relevant provisions of CPR Part 74. Nor could it be said that remedying the defect in respect of the premature writ of control went solely to the procedure by which the Icelandic judgment were executed.   There could therefore be no recourse to powers conferred on the court to remedy procedural defects, such as CPR r 3.10 or r 12.64 of the Insolvency Rules 2016; the general words contained in CPR r 3.10 could not be used to circumvent the express wording of CPR r 74.9(2) that no steps may be taken to enforce the judgment during the period for appealing the registration order.

Accordingly, the appeal was dismissed.

This case is a useful reminder that English courts will be slow to circumvent overarching principles of the Brussels Regime by recourse to discretions conferred by domestic rules of procedure.

To illustrate, it is useful to consider the basis upon which Asplin LJ distinguished Phillips & Anr v Symes & Ors (No3) [2008] 1 WLR 180. That case concerned the omission of the English language claim form in the package of documents served, and whether this error of procedure could be remedied by the court’s discretion under CPR rr 3.10 and 6.9.  If it could be so remedied, the court would be seised of pending proceedings within the meaning of Article 21 of the Convention, and not, therefore, required to impose a stay.  Although this would alter the jurisdiction precedence under the terms of the Convention, Asplin LJ concluded that this would not have the effect of undermining or contradicting the overarching principles of the Convention: it would only have the “effect of altering the facts to which the provisions of the Convention applied.”

By contrast, exercise of the discretion under CPR r3.10(b) in order to validate the Writ of Control in the present case, despite the fact that it was issued during a period in which execution was prohibited by Article 47(3), would have the effect of undermining the Convention itself.