Home > The challenges ahead for online courts

The challenges ahead for online courts 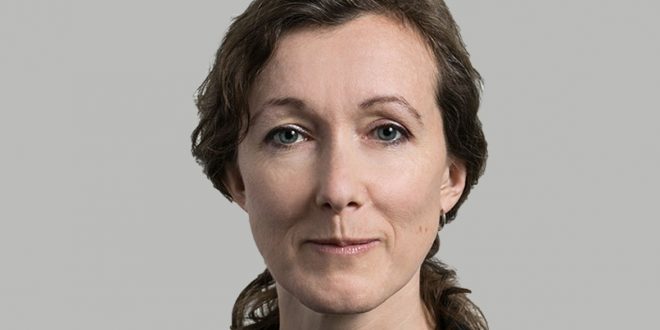 Andy Creer discusses changes to the way advocacy is delivered during the COVID-19 crisis and the new skills future barristers will require.  This article first appeared in Legal Cheek.

The rise of virtual courtrooms in response to the coronavirus lockdown reinforces the belief that ‘court is a service, not a place’.

Indeed, those risk-averse lawyers that perhaps snubbed online courts, denying their procedural fairness or technical feasibility, are now embracing video hearings, conducted remotely via Zoom and Skype, as the new normal. But will this digital delivery of justice continue once the crisis ends?

Andy Creer believes so. “Over the past decade, the courts have demonstrated that they will embrace technology where it complements their function,” she says. Creer points to the live-streaming of some court cases to increase public access and awareness of judicial rulings. The Supreme Court, for example, has had its own YouTube channel since 2013, while the Court of Appeal has broadcast selected civil cases to the public since 2018. Meanwhile, following emergency COVID-19 legislation, a High Court case was streamed live on YouTube for the first time this year.

But if virtual courts are to become the norm, barristers must overcome the new challenges brought by online advocacy, argues Creer.

Recreating the courtroom at home, for example, isn’t easy. According to guidelines published by The Inns of Court College of Advocacy, remote-working barristers should use at least two, if not three, screens during remote hearings: one screen to display video, another for the electronic bundle and a third for communicating with team members. But not all barristers have the additional IT equipment on-hand. “We’ve gone into lockdown reactively; so, I’m doing remote hearings from my laptop. It was all I had but my experience so far has been positive,” reveals Creer, a property law specialist.

Even with a sufficient number of screens, online courts lack an important feature of face-to-face hearings: eye contact. “In a courtroom, the judge is sitting several metres away from you. In between that space and in your peripheral vision, you pick up a range of visual cues from your opponents and witnesses,” Creer explains. “If you’re staring at the pin dot of your screen, you can’t really get an idea of what else is going on,” she adds.

The bar is a notoriously paper-heavy profession and not everyone has the IT skills and experience to confidently navigate electronic systems and resources. Creer tells me about a recent online hearing she was involved in where the judge printed the entire 400-page electronic bundle. Sometimes it’s much easier to physically read something on paper rather than scroll through several hundred pages on a screen, she says.

Another element that’s missing from the virtual courtroom experience is the ‘human’ aspect, Creer says. “Barristers like to meet in-person. You can’t give as much reassurance to nervous clients over the telephone as you can in the 30 minutes before court begins, when you’re taking instructions and trying to narrow issues with opponents as you wait at the courtroom door,” she explains.

Then there’s the issue of accessibility. Online hearings have raised concerns from people with disabilities, victims of domestic abuse and those in need of an interpreter. Access to Wi-Fi has also proved a challenge, with court ushers now having to retrieve participants when a drop in internet connection leads to an unwanted exit — meaning individuals can miss out on important information.

Such teething problems, however, may be solved once practitioners and the public become more familiar with video-conferencing. Recent plans to introduce a new video platform to support remote criminal hearings across over 100 magistrates’ courts and crown courts could be part of the solution. “Since the shutdown, courts across the country have been using different platforms — whether it’s Zoom, Skype or BT Conferencing. A harmonised system will allow courts to develop common protocols for remote hearings,” says Creer.

Hardwicke leads by example in its reaction to COVID-19. “Hardwicke is trying to continue as normal, but it’s been on the ball since the beginning. For example, remote hearings have been trialled since early March. We’re as prepared as anyone could be,” observes Creer.

It has also launched ‘#HardwickeBrew’, a weekly Zoom event inviting clients (and their “children or pets!”) to chat, virtually, over coffee with its barristers about the current COVID-19 related risks impacting the legal landscape. “We’re a very friendly chambers with a strong collegiate atmosphere — so we recognise the importance of maintaining contact with clients and colleagues during the lockdown, so that they know we’re still here and still approachable,” says Creer.

Looking ahead, she says the London-based set is considering providing soundproofed spaces within chambers specifically for remote hearings.

It remains to be seen whether the new two-part barrister training course will prepare juniors for remote advocacy. Nonetheless, the more flexible and affordable pathway, which will replace the Bar Professional Training Course (BPTC) from September, shares aims with the online courts movement: increasing participation in the justice system. “It shows lots of progression from the bar. It’s important that we are a diverse bar that truly reflects the diversity of society,” comments Creer.

Even without tech training, Creer thinks the new wave of aspiring barristers will have a natural advantage in handling online court systems. More challenging, she adds, will be learning how to preserve wellbeing in an era of 24/7 connectivity. But even tech-savvy pupillage candidates shouldn’t forget the basics. Creer concludes:

“Technology is a useful servant where it improves effectiveness and efficiency. But there’s a distinction between using technology for case management and case presentation purposes. Ultimately core skills such as intellectual ability and advocacy are just as important.”

Andy Creer was a panellist at LegalEdCon 2020, a virtual event, on Thursday 14 May.