Home > Student fitness to practise, OIA, (R (on the application of Thilakawardhana) v Office of the Independent Adjudicator for Higher Education)

Student fitness to practise, OIA, (R (on the application of Thilakawardhana) v Office of the Independent Adjudicator for Higher Education) 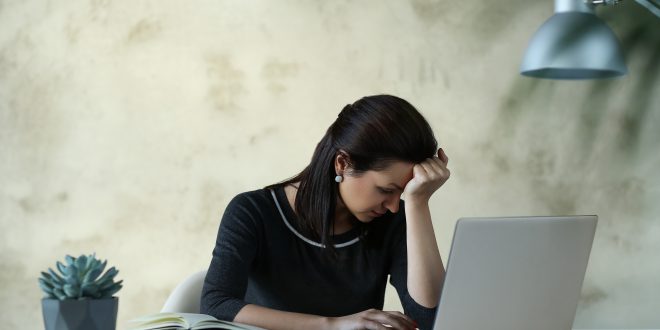 Local government analysis: The Court of Appeal recently dismissed a former student’s challenge of a decision of the Office of the Independent Adjudicator for Higher Education (OIA). In reality, this was a challenge to the University’s original decision to declare the student ‘unfit to practise’ as a medical student and the sanction it imposed to end his medical career. The appeal was rejected in its entirety.

In opposing the appeal, the OIA submitted that even if the court were to conclude that the Appeal Panel had erred, the OIA had not. It submitted that a decision as to whether a student was fit to practise in a particular profession was a ‘professional judgment’ such that the OIA was ‘wary of intervening’. Instead, the OIA argued, the appellant, ought to have judicially reviewed the University appeal panel or sought a remedy in breach of contract.

The Court of Appeal rejected this argument, with some (understandable) concern. It held that the OIA should not be reticent to intervene simply because a university’s panel involves ‘professional judgment’ (which, the OIA, on the face of it, appeared to almost conflate with ‘academic judgment’, something with which the OIA is precluded from adjudicating upon).

The court held that to accept the OIA’s propositions would not be in accordance with either Rule 6.2 of the OIA rules, which provides that the OIA should consider whether a decision made by a Higher Education Institution was ‘reasonable in all the circumstances, or the recent decision in the case of Zahid v University of Manchester [2017] EWHC 188 (Admin) that held the OIA is not confined ‘to the antithesis of legally perverse or Wednesbury unreasonable’. The OIA must give deference to matters of professional judgment but not treat the same as beyond review.

Had the court accepted the OIA’s argument, it would effectively lead to many students bypassing the OIA altogether, and heading straight to the High Court, which would serve to undermine the alternative (and significantly cheaper) route of independent redress that the OIA offers.

However, in cases where the OIA were to adopt, or has adopted, the position it advanced in the Court of Appeal in relation to fitness to practice (FTP)/appeal panels being ‘beyond review’, this ought to be challenged by way of judicial review.

Finally, and perhaps obviously, as has always been the case, students of ‘professional’ subjects such as law or medicine ought to have in mind that they are always likely to be held to a greater degree of scrutiny and punishment for their misdemeanours than other students.

The appellant had completed three years of courses leading to a degree in medicine at the University of Leicester (the university), and subsequently commenced a gap BSc degree there. A fellow student (PS) distributed some explicit photographs of a friend of the appellant. That led the appellant to post a meme on the Facebook page of PS, referencing a film, with the words in capital letters ‘I will look for you, I will find you. And I will kill you.’

The appellant also wrote an offensive private message to PS on Facebook, and when taken in conjunction with the meme, could be construed as threatening.

PS complained to university staff and to the police but chose not to pursue criminal proceedings. However, the university instigated disciplinary proceedings and the appellant was given a reprimand, the least serious of possible penalties.

The appellant’s conduct also gave rise to the question of whether, as a medical student, he was fit to practise medicine.

The appellant appealed a decision of the High Court in relation to what was putatively a determination of the OIA. Permission to appeal was granted solely in relation to the issue of sanction and the reasoning behind the same.

The court dismissed all of the appellant’s grounds. It found that the decision was adequately reasoned; that the appeal panel implicitly rejected lesser sanctions, and that a ‘box ticking’ approach to reasons was not required.

It acknowledged the decision may seem harsh—that is not the relevant test—and that there are compelling reasons for a court not to interfere with decisions of appeal and FTP panels.

Firstly, following Higham v The University of Plymouth [2005] EWHC 1492 (Admin), appeal panels are distinctly well qualified to make decisions, being attuned to the context in which student conduct is to be evaluated, the fact the panel saw and heard from the appellant, and contained a hospital Consultant, ie someone who was better placed to understand the profession.

Secondly, different standards of behaviour may be expected from medical students than may be demanded of others.

Thirdly, in dealing with the issue of professional discipline or FTP, the reputation of the profession is more important than the individual practitioner or student (Gupta v GMC [2002] 1 WLR 1691).

The court also rejected the appellant’s argument in relation to mitigation and failure to follow the relevant guidance bothof which it held were plainly considered.