Home > Stretching the elastic until it snaps

Stretching the elastic until it snaps 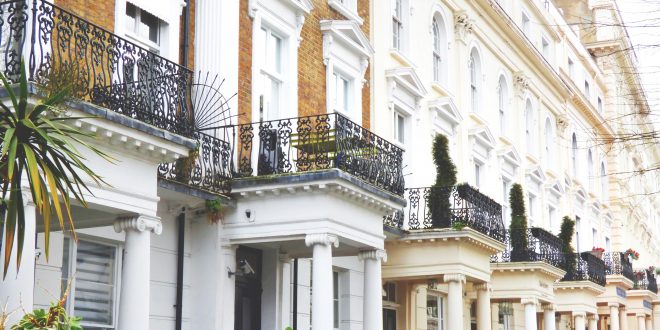 How long have you got to apply for relief from forfeiture for non-payment of rent?

Spoiler alert: not as long as you think. Let’s start with the statutory framework: In the County Court, the governing provision is s.138 County Courts Act 1984. Subsection (9A) permits an application for relief within 6 months of the making of an order for possession based on forfeiture, provided the tenant pays all the arrears of rent and the landlord’s costs. Lovelock v Margo [1963] QB 786 established that the same jurisdiction to relieve from forfeiture in the County Court existed where the landlord had not obtained an order for possession, but had peaceably re-entered. Since the County Court is a creature of statute, and its jurisdiction therefore limited to that given by Parliament, it is well established that the same 6 month time limit applies in cases where the landlord has obtained possession by peaceable re-entry, as well as those cases where an order for possession is made.

So what about the High Court? In the High Court, of course, the position is reversed. Its jurisdiction to grant relief from forfeiture derives not from statute, but from having inherited the jurisdiction of the ancient Courts of Equity. So instead of its jurisdiction being limited to that which has been granted by Parliament, it is unfettered except where Parliament has enacted legislation to restrict it. The first such legislation was the Landlord & Tenant Act 1730, which set a 6 month time limit on applications (to use the modern word) for relief from forfeiture starting with the date on which judgment for execution was obtained. But neither the 1730 Act, nor its replacement provisions in ss.201-212 of the Common Law Procedure Act 1852 expressly provided a time limit in cases where the landlord had obtained possession by peaceable re-entry. It has always therefore been thought that in such cases the High Court had an unfettered jurisdiction to grant relief from forfeiture without limit of time.

In Pineport Ltd v Grangeglen Ltd [2016] EWHC 1318 (Ch), Chief Master Marsh granted relief against forfeiture of a lease of an industrial unit following a forfeiture by peaceable re-entry on an application made 14 months later. The claim was originally made in the County Court, but then transferred to the High Court because the county court lacked jurisdiction after a delay of that length. The Chief Master considered his discretion to grant relief to be a broad one, and that he was not constrained by a fixed time limit which prevented the court from granting relief. He said: ‘Reasonable promptitude is an elastic concept which is capable of taking into account human factors’, of which he found a number of compelling examples, including the clinical depression of the tenant’s director at the relevant time. The test of ‘reasonable promptitude’ derives from the dissenting judgment of Nicholls LJ in the Court of Appeal in Billson v Residential Apartments Ltd [1992] 1 AC 494. That the Court of Appeal’s decision in Billson was overturned by the House of Lords on a different point does not diminish the persuasive nature of the judgments on this point. But which judgments are to be accorded such respect? Lord Browne-Wilkinson thought that the High Court in such cases could grant relief ‘without limit of time’, citing Howard v Fanshawe [1895] 2 Ch 581, Thatcher v C H Pearce & Sons (Contractors) Ltd [1968] 1 WLR 748 and Lovelock v Margo [1963] 2 QB 786 as authority.

But time limits were not in issue in Lovelock v Margo, and indeed it is not clear from the report how long after the landlord had re-entered the application for relief was made. Furthermore the Court in Howard v Fanshawe did not think, just because relief in peaceable re-entry cases was not constrained by the 6 month limit provided by the Common Law Procedure Act 1852, that the Courts of Equity would now grant relief ‘at any distance in time’ and that ‘a similar period might well be fixed by analogy’. And in Thatcher v C H Pearce & Sons (Contractors) Ltd the tenant’s application for relief had been made six months and four days after possession had been obtained, the Court remarking that ‘it would seem contrary to the whole spirit of equity to boggle at a matter of days’.

So the better view would seem to be that of Nicholls LJ, with whom Parker LJ seemed to agree, that ‘reasonable promptitude’ was necessary. But what is reasonable promptitude? At one end of the scale is the few days, at which a court of equity would not ‘boggle’. Equity follows law but does not do so slavishly or always. But even Chief Master Marsh seems to have accepted that 14 months, at more than double the guide period of 6 months, was ‘near the breaking point for the concept’s elasticity’. Indeed, his approach has recently been criticized by Lewison LJ in Gibbs v Lakeside Developments Ltd [2018] EWCA Civ 2874, who said ‘I have considerable doubts whether the Chief Master was right to decide the case in the way that he did’. He expressed this view in finding that a delay of 18 months between the landlord obtaining possession and any application for relief (which in that case had not in fact been made) would certainly have resulted in the application failing, the elasticity of ‘reasonable promptitude’ having by then well and truly snapped.