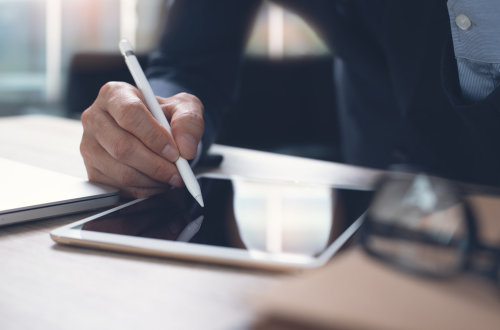 Section 2(1) of the Law of Property (Miscellaneous Provisions) Act 1989 (‘the 1989 Act’) provides that a contract for the sale or other disposition of an interest in land can only be made in writing.  Under section 2(3), the documents incorporating the terms must be signed by or on behalf of each party to the contract.

The parties owned neighbouring properties and had been engaged in a dispute as to rights of way over a certain boat landing plot since 2014.  Applications were made to HM Land Registry before the matter was referred to the First-tier Tribunal and a hearing listed for late March 2018.  In the lead-up to the Tribunal hearing, settlement discussions took place between the parties’ solicitors over telephone and email.

By an email at 15:24 on Friday 9 March 2018, a counteroffer to settle, proposing that the Claimants purchase the plot in dispute for £175,000, was made on behalf of the Claimants (‘Email 1’).  The Defendant having given instructions to accept, the solicitors spoke by telephone and agreed that emails would be exchanged to (i) confirm the terms of the settlement; and (ii) confirm that those terms were agreed.

An email setting out the terms and requesting confirmation was therefore sent on behalf of the Defendant at 16:28 on Friday 9 March 2016 (‘Email 2’), which was followed by an email confirmation of agreement sent on behalf of the Claimants at 10:05 on Monday 12 March 2018 (‘Email 3’).  The Tribunal hearing was then vacated and the process of drafting a Consent Order took place between mid- and late-March 2018, before attempts to reach signed agreement as to its terms were abandoned by the Defendant.

On 9 May 2018, the Defendant’s solicitors made a request to the Tribunal that the matter be re-listed.

In October 2018, the Claimants issued proceedings seeking specific performance of what they alleged was a binding contract of compromise entered into by Emails 2 and 3.  By the time of trial, it was agreed that these did amount to a binding contract.  However, the Defendant asserted that it was unenforceable, because (i) it was a contract disposing of an interest within the scope of the section 2(1) of the 1989 Act; but (ii) the documents incorporating the terms had not been signed by or on behalf of each party to the contract, as required under section 2(3).

HHJ Pearce found that Email 2, sent by the Defendant’s solicitor, Mr Tear, was signed off as follows:

For and on behalf of AWB Charlesworth Solicitors

In response, Email 3, sent by the Claimants’ solicitor, Mr Wise, signed off as follows:

Dispute Resolution for and on behalf of Slater Heelis LLP

At trial, the following information was elicited from Mr Tear’s evidence:

The parties agreed that the meaning of ‘signature’ for statutory purposes must be guided by the “ordinary usage” of the word.  HHJ Pearce considered, however, that the earlier authorities on such meaning must be treated with some caution because “the ordinary usage of words has a tendency to develop.”  In the present case, the material before the court clearly showed the word “signature” used in a different sense to what was understood by the courts when deciding earlier cases: “many an ‘ordinary person’ would consider that what is produced when one stores a name in the Microsoft Outlook “Signature” function with the intent that it is automatically posted on the bottom of every email is indeed a ‘signature.’”

HHJ Pearce therefore considered the appropriate test as to whether something is in fact a signature to be that identified by HHJ Pelling QC in J Pereira Fernandes SA v Mehta [2006] EWHC 813 (Ch), [26] et seq:

“a party can sign a document [for statutory purposes]…by using his full name or his last name prefixed by some or all of his initials or using his initials and possibly by using a pseudonym or a combination of letters and numbers…providing always that whatever was used was inserted into the document in order to give and with the intention of giving, authenticity to it”

This definition was found to be consonant with other definitions of “electronic signature;” especially in the E-Signatures Directive 1999/93/EC as implemented by Electronic Communication Act 2000, and the Electronic Identification, Authentication and Trust Services (eIDAS) Regulation 910/2014.  It was also relevant that the Law Commission did not consider an amendment to section 2 of the 1989 Act to be necessary, given that the combination of such EU law, statute, and case law demonstrated that an electronic signature is capable of meeting a statutory requirement if “an authenticating intention can be demonstrated.”

The Defendant’s objections based on the fact the footer is created automatically, without any intent on behalf of Mr Tear, to every email sent from his account was dismissed on the grounds that:

HHJ Pearce therefore found that the emails setting out the terms of the sale were signed on or behalf of the parties in conformity with section 2 of the 1989 Act, and that the Claimants were entitled to an order for specific performance of the settlement agreement.

This case is of particular relevance in an increasingly digital age where emails with automatic signature footers are by far the most common means for professional correspondence.

Of particular note in this case is Mr Tear’s evidence that at least one of his emails did not have the footer attached, possibly because his computer settings only generated the footer for new emails but not those that were in reply to an incoming email.   Consider if, therefore, the footer had not appeared, and Mr Tear had signed off simply with “Many thanks” without adding his name – as is very common, particularly in familiar correspondence, or as matters develop and the frequency of emails increase, and the recipient is in little doubt as to the identity of the sender?  How arguable would it be that the “Many thanks” could in principle meet the “authenticating intent” test, given the finding that it was used to “give authority” to the email?  Where is the line drawn?  Could the mere fact that a particular email account associated with the sender was used count, given that the sender’s name will appear in the “From” details?

On the other hand, the decision makes clear that the recipient’s perspective is equally important, and it is also arguable that the “ordinary person” will sign off with their name in more formal or initial email correspondence.  Given, also, the prevalence of malicious emails and hacking, most recipients may well also be taken to know that emails purporting to come from known senders will not always be authentic.

Although it is not yet clear how the law will continue to develop, the decision that a statutory requirement as to form, intended to prevent frauds, can be met by automatically generated footers demonstrates the need for practitioners to develop a good understanding of their email functions and policies and ensure any emails are clearly marked ‘subject to contract’ if they are not intended to be binding.