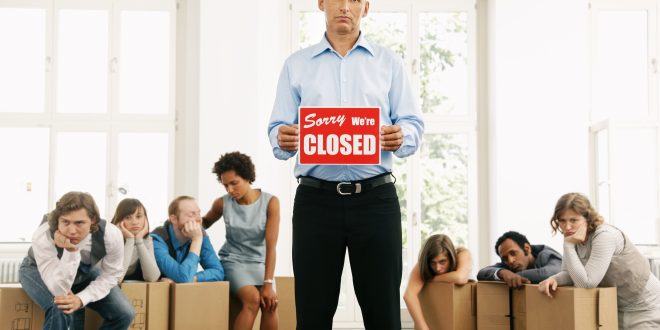 In light of the radically and rapidly changing face of bricks and mortar retail, cases providing guidance on the way in which liabilities are to be dealt with in the course of the restructuring / insolvency process are extremely valuable not only for stakeholders and practitioners dealing with the consequences of those processes but also to those guiding and devising the strategies in the first instance.

Wright and Rowley v Prudential Assurance Company Limited is one such case arising out of the collapse of the British Home Stores (‘BHS’) retailing group in 2016.

A CVA is an agreement reached with all of a company’s creditors to restructure the business while it continues to trade with a view to paying off some of the debts of the company.  Particularly in the case of struggling bricks and mortar retailers they have become a frequently used tool to reduce rental liabilities and remove property assets which are no longer viable for the business.  It is important to recognise that a CVA takes effect as a contract between the company and its creditors.

In the case of BHS the CVA was proposed on the 4th March 2016 and approved by both creditors and shareholders on the 23rd March 2016.  I will come back to the relevant parts of the CVA in a moment but the following course of the insolvency process is important. The CVA was not successful and it quickly became clear that there were insufficient funds for BHS to continue to trade in even the short term, let alone the medium or longer term.

Following a period of administration BHS moved to creditors’ voluntary liquidation on the 18th November 2016 and the Applicants were appointed as liquidators.  Although the liquidation did not automatically terminate the arrangements made under the CVA, it was terminated following the non-payment of sums due under the terms of the CVA shortly after liquidation on the 16th December 2016.

Pertinently the CVA identified three classes of property asset within the BHS business:

3. Those that were not viable in any circumstances.

The relevant properties of which the Prudential was landlord were category 2A properties and the CVA in the broadest terms provided that the Prudential, during the period of the CVA, would receive 75% of the rent payable under the terms of the lease (but no turnover rent) and 100% of other contractual amounts falling due such as service charges and insurance payments.

As is usual the CVA contained this clause (at clause 25.9):

“Upon a termination under this clause 25 … the compromises and releases effected under the terms of the CVA shall be deemed never to have happened, such that all Landlords and other compromised CVA creditors shall have the claims against [BHS] that they would have had if the CVA Proposal had never been approved (less any payments made during the course of the CVA).”

Following the termination of the CVA the Prudential claimed, pursuant to this clause, payment in full of the rent outstanding under the terms of the relevant leases and that during the period of the administration that rent should be payable as an administration expense.

The Applicants sought to deny this liability on three bases:

i) Clause 25.9, requiring BHS to pay additional sums upon a breach of the CVA, was a penalty clause which had the effect of rendering the claims made by the Prudential unenforceable;

ii) The effect of the provisions of the CVA retrospectively increased the sums due to the Prudential (and other Landlords) significantly such that the assets of BHS, upon distribution, would not be distributed in accord with the pari passu principle because the landlord creditors had increased significantly after the date of liquidation (the CVA terminating after the date of the CVL).  The parri passu principle, which is at the heart of all insolvencies, dictates that all creditors ranking in the same class shall share equally the assets available for distribution to that class of creditor; and / or

iii) Because the liability to the Prudential arose on the termination of the CVA and after the date of liquidation the rental sums due could not be claimed as an administration expense.

The Court dealt with each of these points in turn.

As to the issue of whether clause 25.9 was a penalty clause rendering the claims made by the Prudential unenforceable, the Court found against the liquidators for three reasons:

i) Although a CVA takes effect as a contract between the company and its creditors, that contract has a statutory overlay providing, materially, for dissenting creditors to be bound by the terms of the CVA.  The Court consequently found that there was no room for the law on penalties to apply to a CVA;

iii) The proper interpretation of clause 25.9 was obvious – if the CVA was terminated the concessions agreed by creditors for the purposes of supporting the CVA would be deemed never to have happened.  The CVA was entered into to allow BHS to restructure its finances, that objective was not achieved and it must suffer the consequences clearly set out in the terms of the CVA.

As to the parris passu principle the Court found that the unwinding of the CVA only restored the position in the liquidation to what it would have been but for the concessions made in the CVA.  As a consequence the effect of clause 25.9 was not to increase the amounts due to the Prudential in the liquidation, only to restore them to what they ought to have been under the terms of the relevant leases.

However, perhaps most importantly it highlights the need for all parties to assess contingent liabilities not only in the course of insolvencies but also when determining the restructuring strategy, particularly when some of those contingent liabilities may later rank as expenses.  From the perspective of landlords it is an important case in highlighting how entitlements may change (and need to be monitored) during the course of the restructuring process.