Home > Setting aside judgment for non-attendance: not necessarily what you may expect

Setting aside judgment for non-attendance: not necessarily what you may expect 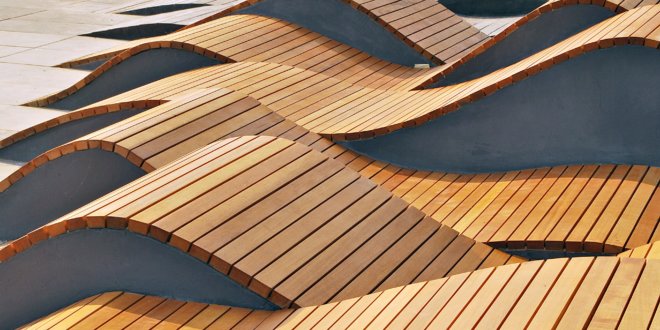 In Fatima v Family Channel Ltd & Anor [2020] EWCA Civ 824, the Court of Appeal addressed an important point of principle engaging the right to a fair trial: the interplay between an unsuccessful application to adjourn a trial under CPR Part 3.1(2)(b) and a subsequent application under CPR Part 39.3 to set aside a judgment against a non-attending party. The decision clarifies whether the judge considering the Part 39.3 application is bound by the trial judge’s findings of fact, or is entitled to draw his own conclusions on the same evidence and material before the court.

The Appellant (‘Ms Fatima’) was a former administrative assistant employed by the First Respondent (‘FCL’) in 2013 and 2014.  On January 2016, FCL commenced proceedings against Ms Fatima for the repayment of some £28,000 and/or damages and interest for allegedly unauthorised withdrawals by Ms Fatima from FCL’s bank account during her employment.  Ms Fatima denied the claim and issued Part 20 proceedings against FCL and the Second Respondent, the sole director of and a shareholder in FCL (‘Mr Riaz).  Ms Fatima alleged that Mr Riaz had raped and falsely imprisoned her, for which FCL was vicariously liable.  Police enquiries into the allegation of rape were initiated, and the civil claim was accordingly stayed between December 2016 and May 2018.

Trial: Before the Recorder

The matter was subsequently listed for a three-day trial commencing 16 January 2019 and came before the Recorder. Ms Fatima did not attend court that day, but counsel on her behalf applied for an adjournment of the trial under CPR Part 3.1(2)(b).  Reliance was placed on two letters from Ms Fatima’s GPs, stating that she was suffering from severe anxiety, depression, and other related mental health issues, a large part of which were caused by the prospect of appearing in court and facing Mr Riaz.

Having considered the application and the relevant authorities, the Recorder concluded that the letters fell below the standard required for an adjournment, and accordingly ordered that trial begin on 17 January 2017 (i.e., the next day) with appropriate measures in place to assist Ms Fatima in giving evidence.

Ms Fatima again did not attend; nor did any person on her behalf.  A text message from Ms Fatima’s husband to Ms Fatima’s solicitors indicated that Ms Fatima had been admitted to Accident and Emergency at her local hospital on the early hours of 17 January.  Subsequent enquiries by court staff revealed that Ms Fatima was in hospital suffering chest pains, vomiting, headaches, and hysteria.

The Recorder reconsidered his earlier ruling in light of this new information, and concluded that Ms Fatima had, by her conduct, disclosed no real intention of attending trial.  Considering that her absence was “no lastminute unforeseen event”, the Recorder decided to proceed in her absence.  Ms Fatima’s Defence was struck out, her Part 20 Claim dismissed, and judgment entered in favour of FCL in the sum of £28,358, together with interest and costs.

Application to Set Aside: Before the District Judge

On 29 January 2019, Ms Fatima applied to set the order aside under CPR Part 39.3, which provides, as far as material, as follows:

“(3) Where a party does not attend and the court gives judgment or makes an order against him, the party who failed to attend may apply for the judgment or order to be set aside.

(4) An application under paragraph…(3) must be supported by evidence.

(5) Where an application is made under paragraph…(3) by a party who failed to attend trial, the court may grant the application only if the applicant-

(a) acted promptly when he found out that the court had exercised the power to strike out or to enter judgment or make an order against him;

(b) had a good reason for not attending the trial; and

(c) has a reasonable prospect of success at the trial.”

A witness statement dated 31 January 2019 was duly provided in accordance with CPR Part 39.4, and the application came before the District Judge on 13 March 2019, who concluded that the promptness and merits requirements in CPR Part 39.3(5) were made out; the real question was whether Ms Fatima had a good reason for not attending trial.

In reaching his conclusions on the issue, the District Judge considered that it was not appropriate to refer to Ms Fatima’s apparent intention not to attend trial on 16 January, as indicated by her application  to adjourn, to conclude that Ms Fatima would not attend trial on the 17th  or 18th  of  January.  The Recorder had, on the 16th, indicated that appropriate measures would be taken to safeguard Ms Fatima’s mental health throughout the proceedings.  The apparent intention, therefore, did not necessarily hold over to the subsequent days of trial, because Ms Fatima might have taken account of the protective measures which the Recorder had indicated that he would put in place.

Given the undisputed fact that Ms Fatima had been in hospital and ‘effectively detained’ throughout the period for which trial had been scheduled, the District Judge found there was no malicious or malign reason for failing to attend.  Accordingly, he set aside the orders and judgment of the Recorder, and gave directions given for the matter to proceed to trial at the end of May 2019, with special arrangements in place for Ms Fatima.

The First Appeal: Before the Judge

FCL and Mr Riaz appealed, which came before the Judge on 4 October 2019.  The Judge allowed the appeal, considering that, in the absence of any new facts, the District Judge should have, ‘for reasons of consistency and judicial comity’ followed the decision of the Recorder.  In his view, Ms Fatima’s witness statement of 31 January 2019 did not disclose any new information not before the Recorder; nor did he consider that any of the other additional material could be taken into account, given that they had not been before the District Judge.  In conclusion, the Judge stated:

my view is that a judge on a 39.3 application should not overturn the decision of a trial judge in circumstances where the evidence before the second judge carrying out the 39.3 exercise is identical to that of the trial judge and, whilst the test may well be different, the overriding test is fairness and the overriding objective.

The Second Appeal: Before the Court of Appeal

Carr LJ (with whom Poppelwell and Lewison LJJ agreed) considered the leading authorities, drawing particular attention to: (i) the general approach to CPR Part 39.3, as set out in Bank of Scotland v Pereira [2011] EWCA Civ 241; and (ii) the question of whether there was any material distinction between an application under CPR Part 39.3 and an application for an adjournment of a trial, as addressed squarely in TBO Investments Ltd v Mohun Smith [2016] EWCA Civ 403.

[46]. First, it is clear that an application under CPR Part 39.3(3) is not an appeal of any sort; nor is it an application to vary the previous decision not to adjourn and/or proceed in the absence of a party. It can be pursued instead of, or in appropriate circumstances alongside, an appeal: see Pereira at [26] and [37] (set out above).

[47]. Secondly, CPR Part 39.3(3) to (5) provide for a specific procedural remedy with its own self-contained code of applicable principles, albeit subject, on the question of ultimate discretion, to a consideration of CPR 3.9 (which reflects the overriding objective) and the Denton principles.

[48]. Thirdly, there is a material distinction between an application for adjournment of a trial and an application to set aside a judgment under CPR39.3(3), the latter justifying a less draconian approach: see TBO Investments at [26] (set out above) and followed in Emojevbe at [21(ii)]. The approach to the question of whether or not there is a good reason for non-attendance is different (and more generous to the applicant) under CPR Part 39.3(3)) than it is on an application to adjourn.

[50]. Finally, an appellate court will be slow to overturn a judge’s decision under CPR Part 39.3 to refuse or allow an application to set aside, unless satisfied that the judge was wrong in principle.

Carr LJ accordingly concluded that the Judge’s reasoning was flawed. There is no principle of consistency or judicial comity which requires the judge hearing the application under CPR Part 39.3(3) to follow the trial judge, and the Judge was wrong to hold otherwise.  It was for the District Judge to draw his own conclusions from the evidence before him, and he was entitled to conclude that Ms Fatima’s stance on the previous day would not necessarily hold for the next day.

The appeal was therefore allowed and the decision of the District Judge restored.

This case is a useful reminder that applications to set aside judgment given in the absence of a party are no longer subject to a broad discretion, but subject to a clear procedural rules and the tripartite test set out in CPR Part 39.3(5).  Though encapsulating a stricter test, if those three conditions are met and, subject only to the overriding objective, it would be ‘an exceptional case’ where the court did not set aside the order.  It is also worth noting that the guidance in Pereira, which was cited in full by Carr LJ, that (i) what constitutes promptness and what constitutes a good reason for not attending is, in each case, very fact-sensitive, and the court should, at least in many cases, not be very rigorous when considering the applicant’s conduct; and (ii) even if an  application under CPR 39.3 fails, it is still open to the applicant to seek permission to appeal the order.