Home > Security for Costs and Relief from Sanctions: What Price Payable for Permission to Defend a Claim?

Security for Costs and Relief from Sanctions: What Price Payable for Permission to Defend a Claim? 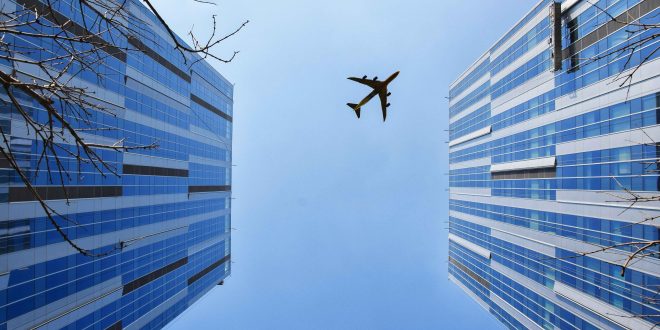 The claim was for a sum of US $1,400,338.35 alleged to be outstanding under an Aircraft Management Agreement.  The Defendant admitted that the Claimant was entitled to management fees but disputed that any sums remained outstanding.

The Claimant sent a letter before action dated 22 December 2017, which did not receive a response. A claim form was issued, and service deemed to have been effected on 27 March 2018.  The Defendant did not acknowledge service by the due date.  The Claimant then made an application for summary judgment, which was served on the Defendant on 24 July 2018 with a hearing listed for 30 July 2018.

By this stage, the Defendant had instructed solicitors, and the parties agreed to adjourn the hearing. On 2 August 2018, the Defendant acknowledged service, but did not serve any defence.  The summary judgment application was re-fixed for 2 November 2018, with evidence to be served by 7 August 2018.

The Defendant took no further formal steps in the proceedings until 29 October 2018, the Monday before the hearing listed for Friday 2 November, when it issued and served an application for permission to rely on a witness statement of its Senior Legal Manager.

The parties invited the judge to determine the application to admit the witness statement as a preliminary issue. The Defendant accepted that this evidence was served very late, and that permission, by way of relief from sanctions under Denton, would be required to rely on it.  If permission were refused, the Defendant was prepared to proceed to the summary judgment application without relying on the statement.

The Claimant argued that the Denton criteria were not met, and furthermore, if the evidence were admitted, an adjournment would be required.  It submitted therefore that the court should proceed to hear the summary judgment application without reference to the witness statement.

The judge, applying Denton, found that the default was serious and that there was no satisfactory explanation for it.  Going further, the judge found that the Defendant’s dilatory conduct gave rise to the reasonable inference was that it was ‘merely playing for time’ and ‘attempting to delay the inevitable.’

Nonetheless, the judge gave permission for the Defendant to rely on the witness statement, subject to ‘stringent conditions’: (i) that the Defendant pay a substantial sum into court within 21 days to show it was ‘genuine’ in its defence; and (ii) if it did not, judgment would be entered against it. The figure to be paid was over 90% of the total value of the claim.

The Court of Appeal found that both aspects of the Order were wrong in principle.

(i) Security as a Condition for Admitting the Witness Statement

The Court of Appeal recognised that conditional orders may be made by the court on an application for summary judgment under CPR 24.6. Such conditions are typically the payment of a sum of money into court or other form of security. CPR 24 PD para 4 states that such conditions may be made when it is possible that a “defence may succeed but improbable that it will do so.”

Three main problems were identified with the judge’s approach:

This rare example of an appeal court setting aside a discretionary case management order illustrates the fundamental nature of a defendant’s right to defend a case, however dilatory his conduct has been in the litigation. Practitioners defending a summary judgment application should be reassured that, although it may be foreseeable that the court may make a conditional order against the defendant, it is not necessary to adduce or even prepare evidence on the defendant’s financial resources; not, at least, in a case where no prior notice has been given that the claimant will be seeking a conditional order. In cases where the order is made without prior notice, the Court of Appeal has confirmed that it is incumbent on the judge to give the defendant a reasonable opportunity to adduce evidence of the resources available to it to comply with the proposed condition. It is also worth noting that although a defence may be ‘shadowy’ or of ‘doubtful good faith’, these are not pre requisites for a conditional order. Although these may be taken into account, the correct test generally remains ‘whether the defendant has a real prospect of success but success is nevertheless improbable.’ In circumstances such as a history of procedural breaches, a court should exercise caution before ordering a defendant with a real prospect of defending the claim to provide security for all or most of the sum claimed as a condition of being allowed to defend the claim.