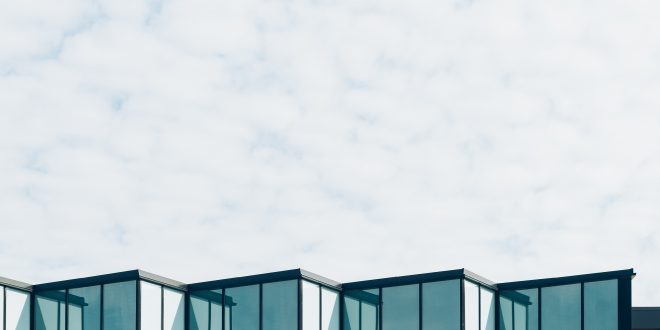 In Manchester Building Society v Grant Thornton UK LLP [2019] EWCA Civ 40, the Court of Appeal yet again had to consider the application of the SAAMCO principle. Perhaps most significantly, the decision underlines the need to distinguish between ‘information’ and ‘advice’ cases when assessing the extent of a defendant’s liability for professional negligence.

Between 2004 and 2009, Manchester Building Society (“MBS”) sold a number of fixed interest lifetime mortgages. These differed from a typical secured loan in that they only fell for repayment when the borrower died or entered a care home. Since these mortgages had a fixed rate of interest, but MBS’s third-party borrowing was at a variable rate, MBS was exposed to a potential loss if interest rates went up. In order to hedge this risk, between 2006 and 2012 MBS entered into a series of interest rate swaps. However, it only did so because its accountants, the defendant Grant Thornton, gave advice that it could apply ‘hedge accounting’ to the swaps. In essence (and at risk of oversimplification) this meant that MBS could treat a fixed-rate loan and the corresponding swap as a single entry in its accounts on the basis the former offsets or counteracts the other. The benefit of hedge accounting is that it reduces the volatility of a company’s reported financial position, which would otherwise be subject to the variable fair market value of the swaps.

In 2013, Grant Thornton told MBS that it had been wrong to have applied hedge accounting and that it would need to account for the fair value of the swaps going forwards. This had a significant negative effect on its stated financial position since by that time interest rates had fallen significantly, which meant that the swaps were “out of the money”.

MBS decided to close out the swaps and reduce the volatility they brought to its accounts. This was an expensive exercise, however: the cost of breaking the swaps was £32.7m. In turn it sought to recover this sum (amongst other smaller heads of loss) from Grant Thornton by way of damages for professional negligence.

The decision at trial

The trial judge, Teare J, began by concluding that MBS’s losses were factually caused by Grant Thornton’s negligence and were not too remote to be recoverable. However, he went on to reject MBS’s claim on the basis that the losses fall outside the scope of Grant Thornton’s duty in the sense explained by SAAMCO (South Australia Asset Management Corp v York Montague Ltd [1997] AC 191) and more recently Hughes-Holland v BPE Solicitors [2017] 2 WLR 1029.

In reaching this view, Teare J declined to choose between whether the case was an ‘information’ or ‘advice’ case (a dichotomy promoted by Lord Hoffmann in SAAMCO). Rather, he considered that the correct approach, in line with the judgment of Lord Sumption in BPE Solicitors, was to ask whether Grant Thornton had assumed responsibility for the loss in question. In answer to this, albeit acknowledging that it was a difficult question, he held that Grant Thornton had not assumed responsibility.

In the Court of Appeal, MBS submitted that Teare J was wrong not to ask himself the question whether this was an ‘information’ or ‘advice’ case. Had he done so, he would or should have concluded that it was an ‘advice’ case, with the result that it could recover all the foreseeable consequences of Grant Thornton’s advice being wrong, in particular the £32.7m.

Hamblen LJ, with whom Males LJ and Dame Elizabeth Gloster agreed, agreed with MBS that Teare J was wrong to have approached the issue of liability on the basis of assumption of responsibility rather than going down the ‘advice’ versus ‘information’ route. As Hamblen LJ explained, although Lord Sumption in BPE Solicitors refers to the “descriptive inadequacy” of ‘advice’ and ‘information’ as labels, he did not in so doing reject the need to distinguish between them. Furthermore, whilst Lord Sumption indeed referred to the notion of assumption of responsibility, he only did so as a means of explaining the difference between ‘advice’ and ‘information’ cases. In ‘advice’ cases, the defendant will have assumed responsibility for the decision to enter into the transaction, whereas in ‘information’ cases the defendant will only have assumed liability for the consequences of the information (or ‘advice’ in a narrow sense of the word) being wrong. But it does not follow that the issue can be simplified by asking “an open-ended question as to the extent of assumption of responsibility” (per Hamblen LJ at [58]).

However, in disagreement with MBS, Hamblen LJ went on to conclude that this was an ‘information’ not an ‘advice’ case since Grant Thornton’s role extended only to providing accounting advice in a narrow sense; it was not, as Lord Sumption put it in BPE Solicitors, “responsible for guiding the whole decision making process”.

In seeking to persuade him otherwise, MBS had relied on the House of Lords’ post-SAAMCO decision of Aneco Reinsurance Underwriting Ltd v Johnson & Higgins Ltd [2001] UKHL 51. In that case, the defendant, an insurance broker, had obtained retrocession insurance for the claimant reinsurer but the retrocessionaire avoided the contract because the broker had failed to present the risk fairly. In fact, it was only part of the risk that the claimant ever wished to retrocede ($11m out of total of $35m). But despite this, the House of Lords nevertheless held the broker liable for the whole $35m. This was on the basis that the broker (a) wrongly advised the reinsurer that retrocession cover was available, and moreover (b) ought to have told it about the market’s highly adverse assessment of the risk. MBS said that there was an analogy between the availability of retrocession cover in Aneco and its ability to apply hedge accounting, since both were critical accompaniments to the transaction in question (i.e. offering the reinsurance and entering into the swaps).

In Hamblen LJ’s view, the decision in Aneco was best explained (and reconciled with BPE Solicitors) on the basis that the defendant broker was found to have “assumed responsibility for the decision to enter into the entire transaction”. There is a certain irony to this reasoning, in that it reintroduces the ‘assumption of responsibility’ test that Hamblen LJ had already rejected. In truth, any attempt to reconcile Aneco with SAAMCO is likely to prove problematic. As Lord Sumption said in BPE Solicitors, the classification of Aneco as an ‘advice’ case.

“had the ironic consequence that although the claimant had apparently been content to assume an exposure of $35m on the reinsurance with protection by way of retrocession for only $11m, they recovered the whole $35m as damages, two thirds of which they would have suffered even if the retrocession had been effective”.

Hamblen LJ was alive to this criticism of Aneco; indeed, he even quoted Lord Sumption’s somewhat damning indictment that Aneco was “not authority for any general proposition of law beyond the particular factual context of that case”. In any case, Hamblen LJ considered that Aneco was clearly distinguishable since it was “plain that GT’s responsibility was limited to the giving of accounting advice, and never came close to extending to responsibility for the entire lifetime mortgage/swaps business”.

Having found that this was an ‘information’ case, Hamblen LJ went on to consider the critical question whether the loss incurred by MBS as a result of the decision to break the swaps could properly be said to have flowed from Grant Thornton’s ‘information’ (or ‘advice’ in the narrow sense) being wrong. In other words, would MBS’s loss have been avoided if Grant Thornton’s advice about hedge accounting had been correct?

MBS relied upon Teare J’s express finding that if Grant Thornton’s advice had been correct, MBS would not have broken the swaps “and so would not at that time have incurred the loss which in fact it did”. As Hamblen LJ explained, however, the mere fact that MBS lost money on the swaps is simply a reflection of the fact that, because of the fall in interest rates, the swaps proved in hindsight to be a bad bargain. But it had nothing to do with the manner in which the swaps had been accounted for in MBS’s financial statements. Moreover, there was no suggestion that, if MBS had continued to hold the swaps for longer (which it would have done but for the accounting issue), its loss would have been smaller.

As noted above, Lord Sumption warned in BPE Solicitors that the ‘advice’ versus ‘information’ distinction can give rise to confusion because of those words’ “descriptive inadequacy” as labels. Nevertheless, the Court of Appeal in the present case has made clear that the distinction still lies at the core of any SAAMCO analysis.

Although the Court of Appeal disapproved Teare J’s approach of bypassing the ‘information’ versus ‘advice’ question and asking whether Grant Thornton had assumed responsibility for MBS’s loss, in the author’s view Teare J’s approach will nevertheless provide a helpful ‘sense check’ when deciding whether a case involves ‘information’ or ‘advice’. In BPE Solicitors, Lord Sumption defined ‘advice’ cases as those where it was left to the adviser to consider what matters should be taken into account in deciding whether to enter into a transaction, since in such cases it is the adviser who is, as set out above, “responsible for guiding the decision-making process”. That being so, the question of what the adviser assumed responsibility for is surely a pertinent one to ask and almost certainly easier to answer than simply whether the adviser provided ‘information’ or ‘advice’.