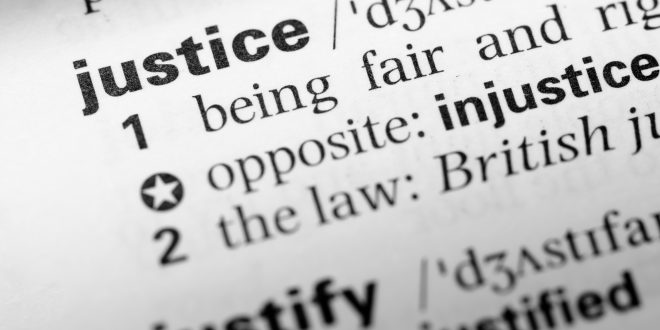 Construction analysis: One year after the second edition of the Pre-Action Protocol for Construction and Engineering Disputes (the Protocol) came into force, David Pliener looks at how it has been used in practice. He notes that while it has generally been well-received, the Protocol’s full impact has not been felt yet, and there are still areas where uptake has been slow. Nevertheless, over the past year, indications point to the overall success of the new regime.

How has the second edition been received?

It has been well received by the lawyers, the courts and clients so far, but its impact has not yet been fully felt. It represents a sensible compromise between those who wanted there to be no pre-action protocol at all and those who continued to champion the first-edition procedure. There are still disputes where extensive, detailed, and documented pre-action correspondence is being exchanged, but I think such instances will become less frequent and probably only when both sides see a demonstrable benefit in it.

That said, I think the changes brought in by the second edition will only embed themselves gradually. The alterations were evolutionary rather than revolutionary and it will take time for litigators to really shift their practice when it comes to the level of detail included and sought in pre-action correspondence.

I have not heard anyone complaining that they are now unable to require full particularisation and documentary back-up, nor that they are finding themselves having to issue a claim and serve particulars of claim without really knowing what the dispute is about.

However, it might be that there are different views out there, especially from some litigators who will now be under a greater time pressure to respond to letters of claim (and, let’s be frank, from others who might now not be able to bill for the more detailed work at that early stage).

I am not aware of any judicial pronouncement or comment on whether the bench has noticed any differences since the introduction of the new Protocol. However, the Technology and Construction Court (TCC) judges were consulted in the drafting of the new Protocol, so I am fairly confident that they are supportive of the new approach.

Is it achieving its aim of making the pre-action process quicker and less expensive?

It’s probably too early to say for sure. In my own experience of assisting with drafting letters of claim, I have certainly been mindful that we now only need to produce an overview of the claim, rather than the more detailed exposition which was expected by the previous edition. Furthermore, the pressure to provide expert evidence early in the process has abated. But I can’t say that I have noticed a clear division between ‘Edition 1’ and ‘Edition 2’ letters of claim over the last year.

Has there been much take-up of the referee procedure? If so, what has the process been like and has it worked?

As far as I am aware, the referee procedure has not yet been taken up by anyone. But in truth, that’s not a great surprise. A driving factor underlying the new edition was to minimise the chances that the parties would end up embroiled in a dispute over compliance with the Protocol. For example, by way of making clear that there would only be cost consequences for non-compliance in exceptional circumstances. I think the lack of take up is probably an indication that the new regime is working.

I have not had a case where the parties have agreed to contract out of the Protocol, nor a case where one of the parties has even made such a request. Now that the requirements for compliance are lighter than they were, I anticipate that the pressure to opt out will be much less. Unless the issues have already been informally aired, most parties actively want to understand the outline of the other’s case.

However, I did receive a query recently that raised an interesting possible role for opting out. A party had received a letter of claim, as a result of which the parties had entered into informal discussions and negotiations. In the circumstances, the ‘defendant’ did not want to waste the time and cost of drafting a formal letter of response, which, of course, risked upsetting the negotiations. The Protocol requires a letter of response within 28 days, but only permits the parties to extend that by agreement by a further 28 days. Presuming for the moment that the ‘claimant’ was on board, rather than agree to a further extension, which would have been contrary to the Protocol, it occurred to me that the parties could simply agree to opt out at that stage, and then later agree to opt back in should they so wish. In any event, I suggested that it was unlikely that the court would punish a further agreed extension, even if it was contrary to the Protocol, if it was a result of an attempt to settle the claim without the need for litigation.

Is it expected that the TCC Guide will be updated in light of the new Protocol?

I do not think that any update of the TCC Guide will be impacted by the new Protocol and I don’t think they will update the TCC Guide simply to incorporate the updated Protocol provisions. While the protocol section of the guide is now out of date, it is fairly clear that the guide is simply summarising the content and effect of the old protocol and that this will now have been superseded. It is not the only aspect of TCC practice which has moved on since the guide was issued—I have in mind the comments of Mr Justice Coulson in Hutton Construction v Wilson Properties [2017] EWHC 517 (TCC) at para [16], where he says that the guidance provided in that case (concerning enforcement of adjudication decisions) was to supersede para 9.4.3 of the TCC Guide. So, I expect there will be an updated TCC Guide in due course, but I don’t think the change to the protocol makes that update any more pressing than it would otherwise be.

This article was first published on LexisNexisPSL Construction on 1 November 2017. David Pliener was interviewed by Giverny Tattersfield. The views expressed by the Legal Analysis interviewees are not necessarily those of the proprietor.