Home > Restarting the clock: the accrual of fresh causes of action in professional negligence claims

Restarting the clock: the accrual of fresh causes of action in professional negligence claims 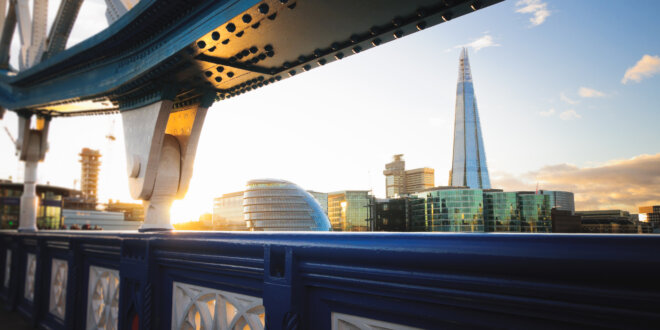 In Sciortino v Beaumont [2021] EWCA Civ 786, the Court of Appeal had to decide whether, in circumstances where a defendant professional gives ‘the same’ negligent advice on two separate occasions, the claimant has one cause of action or two. The reason, unsurprisingly, why this was important, is limitation: the initial advice was given more than six years before the claim was issued, but the later advice was ‘in time’, so to speak. If, therefore, there was just one cause of action, then limitation would provide a complete defence. But if there were two causes of action, then even though limitation barred the first claim, a claim could still be brought in respect of the second.

Events started back in 2010, when the claimant was bankrupt. The trustee in bankruptcy wanted to realise the value of the claimant’s house, and so applied for an order for possession and sale. A hearing of the trustee’s application was duly listed, but in the meantime the trustee agreed to allow the bankrupt time to see if he could pay his creditors without the need to for his house to be sold, and so the trustee’s solicitors wrote to the court asking for the hearing to be vacated. Unfortunately, that letter did not make its way to the court file, the hearing went ahead in the parties’ absence, and the district judge ordered the application to be dismissed.

Following correspondence from the trustee’s solicitors, in which they alerted the court to their earlier letter, the district judge made a further order setting aside his earlier order dismissing the trustee’s application and (retrospectively) vacating the earlier hearing.

In the event, discussions between the trustee and the claimant led to nothing, and in March 2011 an order was made for possession and sale.

The claimant sought advice from a local law centre about a possible appeal, and the law centre in turn instructed the defendant barrister. His advice, given in conference on 20 April 2011, was that the claimant had reasonable prospects of success on appeal by virtue of an argument under section 283A(4) of the Insolvency Act 1986. This section provides that if a trustee in bankruptcy applies for an order for possession or sale of the bankrupt’s former home, but the court dismisses the application, then the interest in the property will automatically revest in the bankrupt. In the defendant’s view, there was a good argument that once that happened – that is, once the interest in the property revested in the bankrupt – it could not be reversed, even if (as happened in the instant case) the order dismissing the trustee’s application was set aside.

Following receipt of the trustee’s skeleton argument opposing the appeal (as well as a respondent’s notice seeking to keep hold of the interest in the property on a different basis), on 26 October 2011 the defendant gave a written advice in which he said that the claimant had a 55-60% prospect of success in the appeal.

The bankrupt’s appeal was heard by Mark Cawson QC (sitting as a deputy High Court Judge). He held that, when the order dismissing the trustee’s application was set aside, that automatically had the effect of reversing or undoing the effect of section 283A(4). That being so, the trustee was the beneficial owner of the property at the time of the March 2011 possession order. He therefore dismissed the claimant’s appeal.

On 25 October 2017 – some six years later – the claimant issued a claim for professional negligence against the defendant in connection with the failed appeal. The particulars of claim raised a number of allegations, but relevant for present purposes was paragraph 68, which alleged that the defendant gave negligent advice in April 2011 and October 2011 when he said that the section 283A(4) argument had merit.

In his Reply, the claimant conceded that, insofar as his claim stemmed from the April 2011 advice, it was statute-barred. But he maintained that he nevertheless had a valid claim stemming from the October 2011 advice, which was brought in time (just).

The defendant was unpersuaded, and so made an application to strike out paragraph 68 – both on the limitation ground and on the substantive ground. This article is concerned only with the former.

At first instance, Master Teverson acceded to the defendant’s application on the limitation ground. He held that the defendant’s October 2011 advice did not give rise to a new cause of action but was, rather, a continuation of the same (alleged) act of negligence that was committed in April 2011.

On appeal, His Honour Judge Jarman QC (sitting as a Deputy High Court Judge) agreed with Master Teverson, saying this:

“[I]n my judgment Master Teverson was justified in concluding that the pattern of advice in respect of the prosecution of the appeal was continuous from April 2011 and continued with the advice of 26 October 2011. He was also justified in concluding that the cause of action in respect of the alleged hopeless appeal had already accrued before the 26 October 2011 advice”.

The appeal to the Court of Appeal

The claimant appealed to the Court of Appeal on the limitation issue, and the Court unanimously allowed his appeal. Coulson LJ gave the leading judgment, and Stuart-Smith and Newey LJJ gave brief judgments in support.

Coulson LJ began by reviewing various well-known authorities addressing the question of when damage is suffered for the purpose of establishing a cause of action in the tort of negligence, and the circumstances in which a fresh cause of action can accrue by virtue of the defendant owing a continuous duty to revisit earlier advice. At [50], he gave the following summary of the law:

“Where a defendant’s breach of duty has caused a claimant some loss outside the limitation period, the fact that further loss is caused by that same breach within the limitation period will not save the claim from being statute-barred. What is more, that result cannot generally be avoided by the suggestion that there was a continuing duty on the part of the lawyer to review his or her previous advice.”

Neither of those principles will apply, however, where, on the facts, the defendant committed two separate breaches of duty, each of which was a proximate cause of actionable damage. Coulson LJ made this point by reference to the decision of David Richards J (as he then was) in St Anselm Development Company Ltd v Slaughter & May [2013] EWHC 125 (Ch). In that case, the defendant solicitors were given instructions in connection with the drafting and negotiation of two leases. They gave negligent advice in connection with an indemnity clause, which they included in both leases. The critical date for limitation purposes – i.e. six years before the professional negligence claim was issued – fell between the execution of the two leases. The question that arose, therefore, was whether the negligent drafting of the second lease constituted a separate cause of action, notwithstanding that it involved the exact same mistake that went into the drafting of the first lease. David Richards J held that it did, and that the claim in respect of the second lease was therefore brought in time. His reasoning, in essence, was to regard the defendants as guilty of making not one mistake but two, even though the practical reality was that they would not have applied their minds separately to the drafting of the second lease.

The question in the present case, therefore, was whether the defendant’s October 2011 advice involved a separate act of alleged negligence, rather than being simply a continuation, or facet, of the (alleged) act of negligence that was committed back in April that year.

The clear view reached by Coulson LJ was that the claim involved two separate allegations of negligence: namely an allegation that the defendant gave negligent advice when he first advised the claimant to appeal the possession order in April/May 2011, and a distinct allegation that the defendant gave separate (negligent) advice in October 2011, when he maintained his advice that the appeal was more likely than not to succeed, by virtue of the merit of his section 283A(4) argument.

“In short, in a case where there are two (or more) allegedly negligent advices, and therefore two separate breaches of duty, there is no general principle of logic or common sense which requires any sort of ‘relation back’, such as to say that the limitation period was triggered by the first occasion on which the negligent advice was given, regardless of any subsequent breaches of duty.”

At [63], he acknowledged the possibility that the second negligent advice might not have caused any loss, for example if the claimant had been “irretrievably committed to a course of action as a result of the first negligent advice”. But that was not the position on the facts of the present case.

For these reasons, Coulson LJ, disagreeing with the judges below, considered that the claim deriving from the defendant’s October 2011 advice should not be struck out on limitation grounds.

In many respects, the decision of the Court of Appeal is both orthodox and straightforward. If a solicitor negligently advises his or her client to take a certain course of action and the client, in reliance on that advice, does so and thereby acquires a claim in negligence, there is no reason why, as a matter of principle, the client cannot acquire a second claim if the solicitor repeats or confirms that advice on a second occasion. However, there are two important considerations. First, the claimant must be able to say that the second act of negligence truly was that – a second act. There is no general duty on a solicitor to revisit earlier advice: see, for example, Shepherd Construction Ltd v Pinsent Masons LLP [2012] EWHC 43 (TCC). There must therefore be some reason why, on the facts, the solicitor was required to give fresh consideration to the point. Second, the claimant must be able to show that the second act of negligence itself caused some loss. If, at the time the second advice is given, there is no going back from the position the claimant found himself in as a result of the solicitor’s first negligent advice, then any claim in respect of the second advice will fail on causation grounds.

Click here to learn more about our professional liability team.