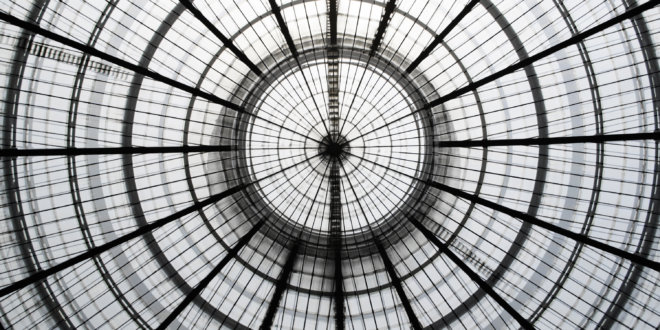 In this recent case, described by the presiding judge HHJ Matthews as “extraordinary [with] a fatal combination of conditions and events”, relief from forfeiture was granted despite the applicant having pleaded guilty to manslaughter with a resulting sentence of over nine years of imprisonment.

The case concerns the application of the Forfeiture Act 1982. Section 1(1) provides that no person who has unlawfully killed another can acquire a benefit by that killing. The most common usage of it is to prevent such persons from inheriting under a will or by intestacy. The Act itself provides an exception to this general rule in s.2:

2(1) Where a court determines that the forfeiture rule has precluded a person (in this section referred to as “the offender”) who has unlawfully killed another from acquiring any interest in property mentioned in subsection (4) below, the court may make an order under this section modifying the effect of that rule.

(2) The court shall not make an order under this section modifying the effect of the forfeiture rule in any case unless it is satisfied that, having regard to the conduct of the offender and of the deceased and to such other circumstances as appear to the court to be material, the justice of the case requires the effect of the rule to be so modified in that case.

The claimant and the deceased had a personal relationship lasting some 40 years from when she was a 15-year-old schoolgirl. The deceased was then 22, charismatic and something of a charmer. She became pregnant at 17, and had an abortion. They later married, and had two children together. The marriage was abusive and the claimant had few friends to turn to for assistance. Over the long term, the deceased’s infidelity, use of prostitutes, violence towards the claimant, humiliating conduct, and isolation of the claimant, as well as what can only be described as “gaslighting” her, by making her think that she was imagining his behaviour, led to what was subsequently described as the deceased’s ‘coercive control’ of her.

In 2010 the claimant presented a divorce but was persuaded by the deceased to reconcile on the promise of a better future, yet the reconciliation was condition on a post-nuptial agreement presented by him, pursuant to which he would get the matrimonial home on any subsequent divorce. She signed the agreement against legal advice and then very quickly afterward discovered that the deceased was betraying her with another woman and had plainly wished to simply trick her into signing the agreement so that he could obtain better terms on divorce.

The sentencing judge observed that by this point she was “trapped and manipulated” and knew it. She had brought a hammer home knowing that his treatment of her was becoming intolerable but hoping not to use it – for all that he had done, she continued to love him and could not bear the idea of living without him. At this final straw, in August 2010, she used the hammer to beat him to death as he was eating a meal she had just prepared for him.

On 23 June 2011, having pleaded not guilty to an indictment of murder, she was convicted by the jury of that offence at the Crown Court at Guildford. She was sentenced to life imprisonment with a recommendation that she serve a minimum term of 22 years (later reduced to 18 years on appeal).

On 28 February 2019, the Criminal Division of the Court of Appeal quashed her conviction for murder, allowed in part an application to adduce fresh evidence, and remitted the matter for retrial on the indictment for murder.

On 7 June 2019 there was a hearing at which a guilty plea to manslaughter (by reason of diminished responsibility) was formally accepted, and she was sentenced to imprisonment for a term of nine years and four months (which by reason of credit given for imprisonment already served, was treated as fully served, and she was immediately released from custody).

The defendants to this claim were the two sons of the claimant and the deceased, who otherwise stood to inherit pursuant to the intestacy rules. They took no active part in the case but confirmed that they supported their mother’s position. At sentencing in the criminal case they had presented a moving victim impact statement:

“… we can see that we let her down. We knew that she did not have any friends, so had no one to share her pain. Had we tried, then she would have talked to us about it. Had we been there for her to provide her with the support she so obviously needed, this might not have happened. We will always carry this regret and guilt because our mother deserved better than that from us.”

The claim faced a technical hurdle. The Act requires any application for relief to be made within three months of ‘conviction’. The claim had been brought within three months of the court’s acceptance of the guilty plea, and sentencing (on the same day) but if ‘conviction’ meant the entering of the guilty plea then it was several months out of time and there was no provision in the Act for any discretionary extension.

HHJ Matthews is known for his academic background. His judgments are often thorough and carefully developed and this one is no exception. After exploring a number of historical judgments and provisions he came to the firm conclusion that ‘conviction’ for the purposes of the Act meant either the court’s formal acceptance of the guilty or the act of sentencing, and so either way the claim was in time. He noted that the earlier guilty plea to murder was irrelevant, because: a) it had been quashed; and b) relief could not be granted in any case of murder in any event, and so it was not a relevant conviction at all.

The judgment confirms and approves the useful guidance that was given in Dunbar v Plant [1998] Ch 412. In that case the ‘gateway’ test was whether or not s.1 of the Act applied at all. While one might think this obvious its application is perhaps less straightforward because it refers merely to ‘unlawful killing’ and as the court observed, manslaughter can come in a huge range of varieties from the grave and intentional down to the careless accident. The guidance was that the Act only applies to “deliberate, intentional and unlawful violence”. Whatever could be said in the claimant’s defence in the present case, it was hard to argue with the fact that bludgeoning a person to death with a hammer meets that test. With that threshold passed, Dunbar provides a number of other factors to consider, taken from the judgment of Mummery LJ in the Court of Appeal:

“The court is entitled to take into account a whole range of circumstances relevant to the discretion, quite apart from the conduct of the offender and the deceased: the relationship between them; the degree of moral culpability for what has happened; the nature and gravity of the offence; the intentions of the deceased; the size of the estate and the value of the property in dispute; the financial position of the offender; and the moral claims and wishes of those who would be entitled to take the property on the application of the forfeiture rule.”

Mummery LJ’s judgment was in fact a dissenting one. HHJ Matthews considered this at some length, noting that on the subject of these factors to be taken into account it was not at odds with the leading judgment of Phillips LJ, and noting that it had been applied with approval in subsequent cases. He concluded that it was useful guidance notwithstanding that it was in a dissenting judgment.

Merits of the Case

Although HHJ Matthews did not apply Mummery LJ’s factors in a ‘tick box’ fashion it is clear that he was heavily persuaded by the position of the two defendants – the sons who stood to inherit by operation of the Act. In fact the claimant had indicated an intention to let those sons keep the money, but on the basis that she would receive it first. That way it would not attract inheritance tax. HHJ Matthews invited HMRC to make submissions but they did not choose to take that opportunity up.

That, of course, is not the whole of the test, and HHJ Matthews was careful to refer to the other factors, and in particular the culpability of the deceased in what took place – 40 years of coercive control that resulted in a state of mind properly to be described as giving rise to diminished responsibility.

For these reasons the judge was “quite satisfied” that it was right to grant relief from forfeiture.

This is certainly an unusual case, and the facts may not be repeated often. It is tempting to see the result as a convenient one for all concerned that did no harm. The claim was unopposed, a circumstance that always tips the balance. Nobody could accuse the judge of laziness in the face of that position, however. The judgment is carefully researched and reasoned, and particularly on the question of time limits the conclusion is difficult to argue with.

It is on the substantive question of merits, however, that the judgment is arguably controversial. To grant relief to a person convicted of manslaughter and sentenced to nine years in prison is, on the face of it, surprising. The case of Dalton v Latham [2003] EWHC 796 (Ch) is mentioned in the judgment. In that case an application for relief was refused where a claimant had been sentenced to six years’ imprisonment following a guilty plea of manslaughter by reason of diminished responsibility. The case was distinguishable on grounds that the deceased had been an entirely innocent party, and that the family of the deceased opposed the claim. Those, therefore, appear to be the telling factors.

This case follows on from another decision in favour granting relief last year: Ninian v Findlay [2019] EWHC 297 (Ch). That case involved a Dignitas suicide and facts that would make most commentators sympathetic, but how far can this trend of leniency be pushed?