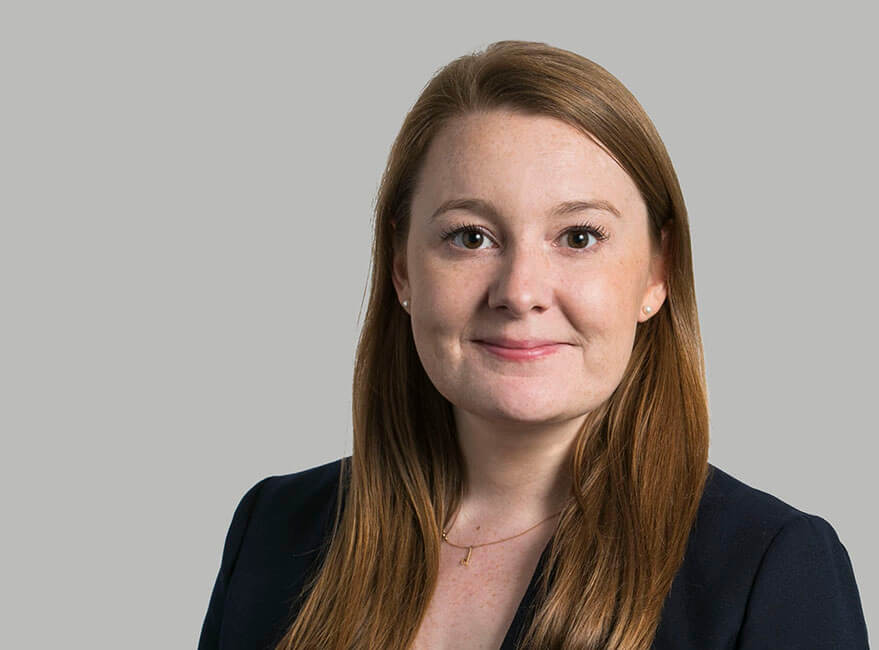 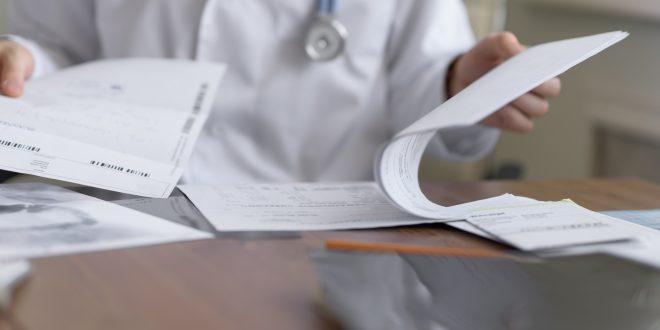 Imagine this fairly typical scenario. A claimant sustains a soft tissue injury to the shoulder as a result of a road traffic accident. A course of physiotherapy is undertaken and at nine months post-accident the claimant attends for examination on a medico-legal orthopaedic expert. The expert finds continuing restriction in movement indicating rotator cuff irritation and shoulder instability. The expert recommends investigation by a sonographer and, if advisable, the administration of an ultrasound guided cortisone injection whereupon, the doctor opines, there would on balance be a resolution of shoulder symptoms between two and three months post-injection. All goes to plan and general damages are awarded for a 12-month soft tissue shoulder injury with a modest award for care.

Now imagine that the claimant refuses the injection. Despite undergoing further physiotherapy there is a plateau in recovery and it is the expert’s view that the claimant’s on-going symptoms are likely to be permanent. Assuming there are no issues with medical causation of the on-going symptoms, the claimant looks to recover a sum in excess of what would have been recovered had the recommended medical treatment been undertaken.

A claimant’s refusal to accept a recommended course of treatment may arise in any case, from low value claims suitable for resolution within the MOJ Portal to highly complex multi-track cases. The consequences for claimants, defendants and insurers in terms of the sums awarded may be very significant.

How best then to protect your client’s position?

Going back to first principles, this is a question of mitigation of loss. A claimant cannot expect to recover damages in full from a defendant where that defendant can establish that the claimant’s loss flows not from the defendant’s breach of duty but from the claimant’s own failure to act reasonably. In failing to act reasonably, a claimant has not mitigated his loss. It is for the defendant to prove that failure.[1]

We need to look no further than the House of Lords decisions in Steele v Robert George & Co (1937) Ltd [2] and Richardson v Redpath Brown & Co Ltd [3] for a statement of this rule in the context of refusing medical treatment. In Steele Viscount Simon L.C stated, “the onus which rests on the employer of proving that the refusal was unreasonable” [501]. In Richardson Lord Russell said, “the question was whether the employers… had discharged the onus which lay on them of proving that this workman was unreasonable in refusing to undergo an operation” [73].

With a slight judicial hiccup in the Privy Council case of Selvanayagam v University of the West Indies [4], which sought to reverse the burden of proof, a decision that was later corrected in Geest Plc v Monica Lansiquot [5], the law itself is reasonably straightforward.

The question is this: to what extent was it unreasonable for the claimant to refuse medical treatment? It is for the defendant to prove that the claimant acted unreasonably. The difficulty is assessing whether or not a claimant has, on the facts, acted reasonably or unreasonably.

The case of Edmonds v Lloyds TSB Group Plc [6] is helpful in identifying the sorts of considerations and evidence to which the court may have regard when determining the answer to that question.

In that case Mrs Edmonds suffered a soft tissue injury to the sacral area of the spine as a result of an accident at work. She underwent physiotherapy, which was not successful. Her medico-legal expert recommended steroid injections to the area under general anaesthetic. He recommended up to three injections over six months following which Mrs Edmonds would have been able to return to her pre-injury work and activities. It was the expert’s opinion that following treatment there would be a 50% chance of improvement, a 20% chance of no improvement and a 30% chance of temporary improvement.

Mrs Edmonds refused to undergo the treatment for the following reasons:

Overturning the decision of the first instance Judge, Lord Justice Gage on appeal found that the Defendant had not proven that Mrs Edmonds had acted unreasonably in refusing treatment. The judge placed specific emphasis on the following matters:

Contrast Edmonds with Noble v Owens [7] Mr Noble was in a serious road traffic accident following which he suffered urinary incontinence. The urological experts agreed that there were a number of treatment options available, including self-managed non-invasive treatments, but all were dependent on Mr Noble undergoing an examination under general anaesthetic (“EUA”). Mr Noble had undergone five orthopaedic operations following the accident and had contracted MRSA. He had had enough and did not want to undergo any invasive treatment, including the EUA. He weighed the advantages and disadvantages in his mind and had come to what he believed was a reasonable decision.

The Judge did not agree. Mr Justice Field found that Mr Noble had acted unreasonably in refusing to undergo the EUA: it was a mildly invasive procedure and the risk of infection, which was Mr Noble’s primary concern given his previous MRSA, was low. There was a range of non-invasive treatment options available which Mr Noble could have elected following the EUA. Those treatment options, it was agreed, would have reduced his incontinence.

Mr Noble’s history of MRSA may strike one as solid ground upon which to build an argument of reasonable refusal, perhaps more so than Mrs Edmonds’ history of adverse reactions to medication.

Where the evidential strengths of these cases can be distinguished is, in my view, the differing prospects of success of the recommended treatment. In Edmonds there was a 50% chance of improvement. In Noble there was certainty that the EUA itself would recommend some non-invasive treatment which would have lead to at least some reduction to incontinence. In Edmonds there were differing views as to the prospect of success of the treatment and in Noble there was almost unanimous agreement.

When considering whether a claimant has acted reasonably or unreasonably in refusing treatment, the risk profile of the recommended intervention is likely to be balanced against what the medical evidence demonstrates to be the likely benefit conferred by the intervention. Indeed, in McAuley v London Transport Executive [8] Lord Justice Jenkins held that “if he received medical advice to the effect that an operation will have a 90% chance of success, and is strongly recommended to undergo the operation and does not do so, then the result must be, I think, that he has acted unreasonably”.

In Edmonds there was the further evidence of the medico-legal expert who opined that, given the prospects of success, a refusal of treatment was reasonable.

Not a great deal of weight is likely to be placed on an argument that a recommended procedure or treatment has no guarantee of success. No treatment can guarantee success and if this were the sole reason for refusal in my view a defendant is likely to show that a claimant has acted unreasonably in refusing treatment.

A claimant’s genuinely held anxieties that a course of proposed treatment has no guarantee of success are, however, in my view of real relevance. This consideration is a matter of purely witness evidence and one that must give rise to considerations of honesty and credibility. To that end, a claimant’s medical records are likely to tell a story as to their credibility. In Edmonds, Mrs Edmonds was able to put before the court for consideration a clear history of anxiety in respect to the proposed treatment in respect of (i) nervousness in respect of the treatment itself; (ii) concern over the efficacy of the treatment; and (iii) anxiety in relation to suffering a bad reaction to the treatment. In similar cases a claimant’s GP records may evidence that history. In phobia type cases, the GP records may disclose whether a claimant has tolerated inoculations prior to going abroad, for example. The medical records are likely to be a rich source in establishing both the reason for the refusal of medical treatment and the claimant’s credibility as to those reasons. Consideration must also be given as to how the claim is presented. Is the claimant claiming for the costs of future medical treatment when it is unlikely, on the claimant’s own case, that they would accept that treatment?

In Edmonds Lord Justice Gage stated, “I gain little assistance from these authorities. In personal injury cases the issue of whether or not a claimant has acted reasonably will, in my judgment, almost invariably be very fact specific” [15]. It is clear, in my view, that any investigation of the relevant authorities in order to establish some sort of threshold of reasonableness is unlikely to be fruitful: the question of whether a claimant has acted unreasonably in refusing treatment will turn on its own facts.

Where the case law is helpful, however, is in establishing the type of considerations that the court may consider when answering that central question. In my view there are two take away points. First, clear, relevant and consistent medical evidence of (i) the prospects of success; and (ii) the risk profile of the proposed intervention is crucial to demonstrating that a claimant has acted unreasonably, or not, in refusing that intervention. Second, the claimant’s credibility as to their reasons for refusal is vitally important. Investigation of the full medical records would be time well spent for both claimant and defendant representatives alike in tackling this issue.