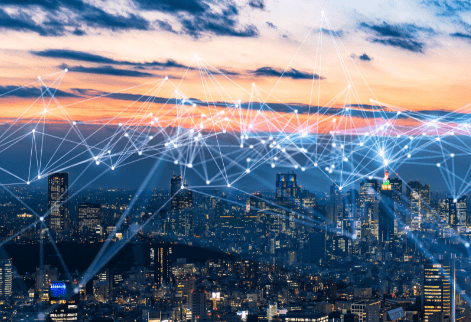 Part One of this article considered the decision of the Court of Appeal that the English courts did have jurisdiction over Messrs Kolomoisky and Bogolyubov as foreign defendants ‘anchored’ to the English Companies under Article 6 of the Lugano Convention.

Part Two turns to whether the Judge had been correct to consider he could apply Article 28 of the Lugano Convention, which permits stays on proceedings on the basis of lis pendens alibi in the courts of other Contracting States, by analogy to related proceedings in Ukraine, a non-Contracting State.

An article was published in a Ukrainian magazine alleging Mr Kolomoisky had siphoned funds from the Bank through a fraudulent scheme. This article became the subject of defamation claims brought by Mr Kolomoisky in the Ukrainian courts, to which the English, and BVI Companies were joined as third parties. The English Companies subsequently commenced their own defamation claims, and both sets of proceedings remain pending.

There was no challenge to the finding of Fancourt J (‘the Judge’) that there was a substantial overlap in the factual allegations underpinning the Ukrainian defamation and English fraud proceedings. The Judge therefore considered whether he should order a stay on proceedings.

Proceedings were so stayed against the English Companies under Article 34 of the Brussels Recast Regulation (‘the Regulation’). The Judge further concluded that even if, contrary to his determination, the English court had jurisdiction to try the claims against Messrs Kolomoisky and Bogolyubov, he would have exercised his discretion to grant a stay on those proceedings by reflexive application of Article 28 of the Lugano Convention (‘the Convention’).

Where general or special jurisdiction is founded in the court of a Member State under the Regulation, Article 34 provides for stays based on ‘related’ proceedings in a court of a third State.

Article 34 was introduced under the Recast iteration of the Brussels regime, however the Convention was not amended to include a similar provision. The Convention thus continues to provide for stays based on lis pendens alibi only if the proceedings are pending in a Contracting State. Article 28 of the Convention is in the following terms (with the limitation emphasised):

In Owusu v Jackson (Case C-281/02) [2005] QB 801, the CJEU ruled that a national court with jurisdiction over a defendant under the general rule of domicile cannot decline jurisdiction on the basis that the courts of a third State are the more appropriate forum for the dispute.

The reasoning of the CJEU was that to confer such a wide forum non conveniens discretion on national courts would undermine the very principle of legal certainty which the Brussels regime sought to promote. The CJEU declined to answer the second question referred, as to the position if proceedings had been pending in the third state, on the grounds that it was hypothetical.

Advocate-General Léger, however, had addressed that second question in his Opinion, albeit, indirectly. He had concluded that the court was not entitled to decline jurisdiction founded on the general rule of domicile, save under the derogating provisions expressly contained in the Brussels regime. Advocate-General Léger, however, concluded that those provisions permitting stays based on lis alibi pendens were not engaged in the case before him because those provisions were confined to courts of Member States (in materially the same terms as Article 28 cited above). Even if, therefore, parallel proceedings were pending, they would have been before the courts of a non-Member State. Hence, the Regulation did not permit for the grant of a stay.

Various first instance judges have subsequently taken different views on the effect of Owusu, given that the CJEU did not rule on the second question.

In Catalyst Investment Group Ltd v Lewinsohn [2009] EWHC 1964 (Ch), parallel proceedings were pending in the courts of Utah. It was not submitted that this in itself was the basis for a stay, but that by virtue of those parallel proceedings, EU law was engaged reflexively and enabled the court to apply conventional forum non conveniens principles. Barling J rejected the submission, holding instead that it was not open to him to stay proceedings properly founded on the general rule of domicile. To do so would be to “introduce the wide forum non conveniens discretion by the back door” contrary to the ruling and reasoning of both the ECJ and Advocate General in Owusu.

In JKN v JCN [2010] EWHC 843 (Fam), Lucy Theis QC, as a Deputy High Court Judge, declined to follow Catalyst, following a careful analysis of the authorities and the academic writings. She noted implicit criticisms in Lucasfilm v Ainsworth [2009] EWCA Civ 1328 of the reasoning in Catalyst, and concluded that it was neither necessary nor desirable to extend the Owusu principle relating to forum non conveniens and a third State to proceedings actually pending in third State. Her reasons were:

no difficulty in giving effect to the ECJ’s injunction that because of article 2 a defendant cannot dispute that his domicile is an appropriate forum (and so not contend that it is forum non conveniens), but be protected from multiplicity of proceedings.

The crux of the reasoning was: (1) notwithstanding Owusu, a defendant is entitled to a stay on proceedings which are abusively brought against him; (2) if, therefore, a defendant is entitled to a stay where a claimant oppressively brings proceedings both in another jurisdiction and in England; (3) it cannot be that, if it were the defendant who commenced proceedings in the foreign jurisdiction before being sued by the other party in England, the court’s power to protect the defendant from multiplicity of proceedings would be limited or otherwise prevented by the operation of Owusu.

In a combined judgment, David Richards, Flaux, and Newey LJJ preferred the analysis in Ferrexpo and, contrary to the reasoning in Catalyst, did not consider that giving reflexive effect to Article 28 would lead to uncertainty inconsistent with the purpose of the various European Conventions.

The Court of Appeal accepted that these various Conventions provided an exclusive code, but did not consider the matters which they covered purported to extend extra-territorially beyond jurisdiction as between Member and Convention States and those domiciled there. Not to apply the Conventions by analogy would, in fact, have extra-territorial effect in third States, simply because the defendant happened to be domiciled in the EU and the courts of the EU Member State could not decline jurisdiction.

The Court of Appeal further noted that nothing in the Conventions precluded the application of their provisions by analogy and to do so would not be an impermissible extension of their scope. Rather, such application by analogy would recognise that the same principles which underlie those articles should be applicable in the case of proceedings pending in a third State. This would not subvert the application of the Conventions but would, on the contrary, be in line with its objectives.

The Court of Appeal therefore considered that the Judge had been correct to conclude that Article 28 should be given reflexive effect.

This case gives much-needed clarity on the relatively recent and loosely defined concept of ‘reflexive application,’ which may well be of increasing significance if/when the UK becomes a third State for the purposes of EU law.

Should this occur, although Article 34 of the Regulation does expressly permit stays based on lis alibi pendens in third States, practitioners should note that the conditions for doing so are limited. It is therefore important to understand how reflexive application operates, especially in conjunction with the EU rules on exclusive jurisdiction. There are derogating provisions from the general and special rules of jurisdiction in particular cases.

For example, disputes regarding rights in rem in immoveable property or the validity of the constitution of the company falls under the exclusive jurisdiction of the EU Member State in which the property is located and the company has its seat.   If the courts of EU Member States could not apply these provisions reflexively in favour of the UK as a third State, it would follow that disputes regarding title to land in England or under the Companies Act 2006 could not be stayed in the courts of EU Member States and would proceed there. This is plainly incorrect.

Practitioners are advised, therefore, to maintain an understanding of the principle, keeping up to date with it and other related developments in private international law in anticipation of Brexit.

One such related development is the confirmation by the Court of Appeal that Owusu concerns stays based on forum non conveniens but does not necessarily apply to stays based on lis pendens alibi. Although in theory both concepts go to preventing multiplicity of proceedings, and the presence of parallel proceedings may well be a factor in a consideration of the most appropriate forum, they remain distinct doctrines that attract different practical considerations.

Finally, it is somewhat ironic that applying EU law to third States as though they were EU Members should indeed have the effect of ensuring EU law does not apply extra-territorially.