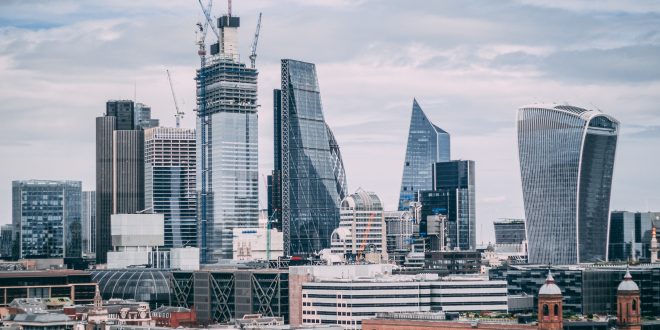 Lina Mattsson, a barrister at Hardwicke, discusses the emergence of the Wednesbury test for discretionary powers in leases and its recent application in the Court of Appeal in No.1 West India Quay (Residential) Ltd v East Tower Apartments Ltd [2018] EWCA Civ 250.

In property law, discretionary powers are common. Such discretionary powers most often confer, on one contracting party, a discretionary power to grant or withhold consent for such things as changes of use, building, or alterations including the grant of consent. They are frequently found in restrictive covenants and in leases and include, for example, “Jervis v Harris” clauses which allow a landlord, during the term of a lease, to enter the demised premises and carry out works to remedy disrepair. The question of how a Court should approach a challenge to the exercise, under a contract, of a discretionary power is an old chestnut.

There has been a long-standing principle in property law that where a lease requires the tenant to obtain the landlord’s consent before taking a specified action, the landlord does not have to act reasonably in deciding whether or not to give consent, nor does it have to give reasons for its decision. The case cited in support of this proposition is most often Lord Tredegar v Harwood [1929] A.C. 72, where the lease required the tenant to insure with a named insurer or “any other responsible office approved by” the landlord. The House of Lords declined to imply a term that approval was not to be unreasonably withheld. This was followed in Berrycroft Management Company Ltd v Sinclair Gardens Investments (Kensington) Ltd (1997) 29 H.L.R. 444, where the Court of Appeal declined to imply a term that the sum charged by the landlord’s nominated insurer must be reasonable.

However, it is arguable that this principle has now been fundamentally changed by the Supreme Court decision in Braganza v BP Shipping Ltd [2015] UKSC 17. Mr Braganza was the chief engineer on a BP oil tanker. One night, Mr Braganza disappeared overboard. BP concluded that Mr Braganza had committed suicide, which meant that it did not have to pay compensation to Mr Braganza’s widow under his contract of employment. Mr Braganza’s widow issued proceedings challenging that finding. The Supreme Court considered the principles to be applied when one party to a contract is given a power to exercise a discretion, or to form an opinion about relevant facts that is capable of affecting the other party to the contract. They reached the striking and important conclusion that there is little or no difference between the approach of the Court when reviewing the exercise of a contractual discretion and the approach of the Court when reviewing the exercise by a public authority of a statutory discretion. Lord Neuberger said that when a contract allocates only to one party a power to make decisions which may have an effect on both parties:

“…there is considerable force in the notion that [the approach to be taken to a contractual discretion] is, and at any rate should be, the same as the approach which domestic courts adopt to a decision of the executive…”

It followed that BP’s inquiry was required to satisfy both limbs of the “Wednesbury test” adopted by Lord Greene MR in Associated Provincial Pictures Houses Ltd v Wednesbury Corporation [1948] 1 K.B. 223. BP’s finding that Mr Braganza had committed suicide was therefore required, objectively viewed, to be one that a reasonable factfinder could have reached and BP’s reasoning (subjectively by reference to the “mental processes” of the inquiry) was required to have had regard to all relevant matters, and to have disregarded all irrelevant matters. In other words, the implied obligations included not only the outcome of the inquiry, but also how the inquiry’s decision was arrived

In No.1 West India Quay (Residential) Ltd v East Tower Apartments Ltd [2018] EWCA Civ 250, the Court of Appeal held that the same principles apply to contractual discretion in leases. The case concerned the appellant landlord’s refusal to grant consent for three assignments. The respondent tenant owned a number of luxury residential apartments in Canary Wharf on 999-year leases. It sought consent to assign three apartments. The landlord refused. The letter refusing consent gave three reasons, namely that consent was refused because the lessee has refused to:

The Court of Appeal disagreed. Lewison LJ (with whom Floyd and Peter Jackson LLJ agreed) held that when a good reason was freestanding, and not dependent on the bad reason, there would be no infection of the good by the bad. Further, Lewison LJ noted:

“Since the landmark decision of the Supreme Court in Braganza v BP Shipping Ltd [2015] 1 WLR 1661 we have also learned that the exercise of a contractual discretion is to be judged by the same principles as the exercise of public law discretions.”

In Victory Place Management Co Ltd v Kuehn [2018] EWHC 132 (Ch), the tenants appealed against an order granting the respondent management company an injunction requiring them to remove their dog from their flat. Sir Geoffrey Vos C relied upon No.1 West India Quay and held that the relevant test was Wednesbury unreasonableness. Having considered the two limbs of the Wednesbury test, he dismissed the appeal on its facts.

It therefore appears that the two limbs of the Wednesbury test apply to contractual discretion in leases. It follows that where the lease requires the tenant to obtain the landlord’s consent before taking an action, a term may be implied to the effect that the landlord must act reasonably, in the Wednesbury sense. In other words, the landlord’s decision may be challengeable on grounds that the landlord failed to take the right matters into account in reaching the decision (the “process” requirement) or, even if it did so, that the decision was so outrageous that no reasonable landlord could have reached it (the “outcome” requirement). This should, in principle, make it easier to challenge a landlord’s refusal to grant consent.

Further, it means that in any challenge to a landlord’s decision, it will be necessary to give careful consideration to the relevant evidence. If acting for a tenant, you will want to seek disclosure of all the internal notes and emails which may reveal whether the landlord had regard to all relevant matters and disregarded all irrelevant matters. If acting for a landlord, it will be important to ensure that both limbs of the test are addressed in the witness evidence in support of the landlord’s decision.

As to how the court will approach these challenges in practice: watch this space.