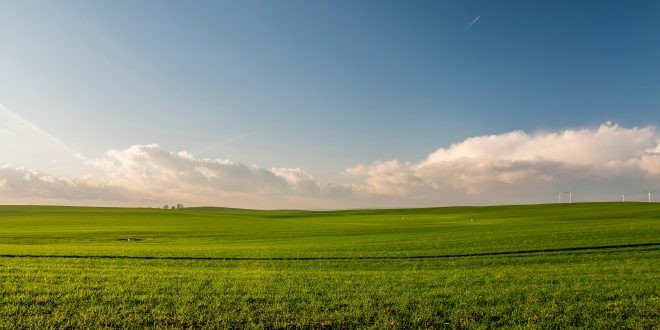 Keep the Promise, or Satisfy the Equity?

Proprietary estoppel can be relied upon where A makes a promise to B of an interest in land or property that B then relies upon to their detriment. If the court concludes that in the circumstances it would be unconscionable to permit A to go back on that promise then the court will enforce that promise, or will make such other order as appropriately compensates B for the detriment they have suffered.

Because proprietary estoppel is an equitable cause of action the remedy is flexible and discretionary. A common misconception, particularly amongst clients, is that the remedy should always match the broken promise. There is often, however, an inherent tension between satisfaction of the promise and meeting the equity of the case in all the circumstances. This tension was summed up by Lewison LJ in Davies v Davies [2016] EWCA Civ 463 in the following terms [39]:

This tension had also been explored in Jennings v Rice [2002] EWCA Civ 159. In that case it was said that the essence of the doctrine of proprietary estoppel is to do what is necessary to avoid the unconscionable. Robert Walker LJ explored the matter in the following terms [49-50]:

Against that legal background the Court of Appeal was faced with determining the proper remedy in the recent case of Moore v Moore [2018] EWCA Civ 2669.

A father was appealing against an order that he had promised his share in a farm and partnership business to his son, Stephen. The father’s name was Moore, Roger Moore, ‘licence to till’.

Roger had owned and run the farm in equal partnership with his brother since 1966. He and his wife Pamela occupied the farmhouse and Stephen occupied a bungalow on the farm. Stephen had worked on the farm since childhood and he became an equity partner in 2003.

In 2007, the parents executed mirror wills pursuant to which, on the death of the survivor of the parents, Stephen was to inherit all of Roger’s interest in the farm. In 2009, the relationship between parents and son broke down. In 2012 Roger purported to dissolve the partnership.

Stephen objected on the basis that it had been envisaged and promised from his childhood that he would inherit Roger’s interest in the farm, subject only to adequate provision for Pamela. The promises were said to have been made orally and repeated on many occasions. Stephen claimed to have relied on those promises to his detriment, in that he had committed himself to the farm since childhood, without taking any steps to explore alternative careers, and had worked for low rates of pay.

The first instance judge found in Stephen’s favour, holding that he had an equity by way of proprietary estoppel extending to Roger’s interest in the farm, the partnership and the farm assets. He concluded that Stephen was to take over the business and that the assets were to be transferred immediately into his sole name, including the properties. The parents were to remain in the farmhouse for as long as it met their needs and Stephen was to pay them a weekly sum from partnership funds. By the time of the appeal, Roger was suffering from dementia and living in a care home.

The Court of Appeal noted that the first instance judge had aimed to exercise his discretion “by mirroring as closely as possible the arrangements which would have obtained had the dispute not arisen”.

The difficulty was that in reality the dispute had arisen, and a solution that forced the litigating parties to have such a proximate ongoing relationship whereby the mother lived on the son’s farm was not appropriate. Under the judge’s order Pamela was moreover dependent on Stephen to provide her with a “meagre” weekly income and to approve any expenses she might have and any necessary repairs. All this after 50 years of marriage to Roger. It was better instead to seek a ‘clean break’.

The first instance decision had also unusually resulted in immediate transfer of the interest. This was at odds with even Stephen’s pleaded case which clearly envisaged a future interest. The Court of Appeal accepted than an accelerated transfer was within the discretion of the judge, but that generous provision for Roger and Pamela ought to have been made to ensure an equitable outcome.

The matter was remitted for a further hearing, with directions that the partnership and proprietary interests should indeed be transferred immediately to Stephen, but only upon his payment of a lump sum to be assessed to Pamela for re-housing elsewhere, and for health and care, together with payment without set-off of Roger’s care costs.

There is still no final authority on whether a court of equity should seek to enforce a promise, so far as possible, or aim to satisfy the equity of the case by giving compensation for detriment. Instead, the courts appear to intentionally leave that question open, so that justice can be done in the individual case.

When first analysing a proprietary estoppel case there can be a temptation to assume that upon success the court is likely to enforce the promise that founds the action. The reality can be very different and the cases show that the discretion is extremely wide. This should encourage parties to enter into alternative dispute resolution, such as mediation, at an early stage and thereby to explore more creative solutions in an effort to avoid the costs and uncertainties of litigation.