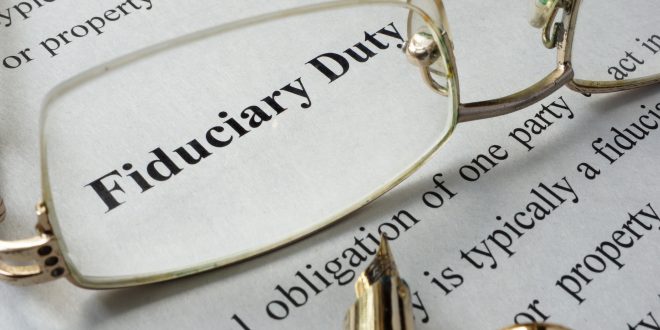 Damages for loss caused by breach of Fiduciary duty or disgorgement of UnauthorisedProfits?  The Court of Appeal clarifies the principles governing equitable relief where company directors breach fiduciary duties owed to the company.

The First Respondent (‘Keystone’) was a company in which the Appellant (‘Mr Parr’) had been a director and one of three shareholders.  Pursuant to Keystone’s articles of association, each member of the company was conferred a right of pre-emption over shares which another member wished to sell, at a price to be determined (in default of agreement) by an independent expert.  In the event that a selling shareholder had been in persistent breach of a relevant agreement, the articles and a shareholders’ agreement provided that the price of the shares would be discounted by 50 percent (‘the Bad Leaver Provisions’).

In Spring 2014, Mr Parr agreed to sell his shares to Mr Ward, another of the three shareholders, for Mr Parr’s price of £1.2 million.  The sale was structured, not as a simple transfer of shares from Mr Parr to Mr Ward, but via a new company (‘Holdings’) to which all shareholders transferred their shares.  Holdings paid the purchase price for Mr Parr’s shares.

Unbeknownst to Keystone and Mr Ward, Mr Parr had from April 2014 participated in a fraud on Keystone. It was common ground that by such participation and failure to report his own misconduct constituted breach of Mr Parr’s fiduciary duties as director.  Keystone further alleged that (i) by virtue of the rights of pre-emption, the shares would have been offered first to Keystone and Mr Ward; and (ii) that the Bad Leaver Provisions applied, the effect of which was to discount the purchase price by 50%.  As it was, however, Holdings had acquired the shares at the undiscounted price.

It was contended on behalf of Mr Parr that there was a mismatch between the company to which Mr Parr had owed fiduciary duties (Keystone) and that which had suffered loss (Holdings).  Mr Parr was not liable to Holdings insofar as the claim was pleaded as a claim for damages for breach of fiduciary duty which caused Keystone and Holdings loss.

In the court below, it was accepted that the claim pleaded in these terms was vulnerable to the objection based on mismatch.  However, in opening on Keystone’s behalf, the claim was advanced as one for disgorgement of benefit, and it was agreed that no formal amendment to the Particulars of Claim was necessary.  In the present appeal, Lewison LJ (with whom McCombe and Bean LJJ agreed) therefore approached the issues on the basis that Keystone sought “recovery of the unauthorised profit made by Mr Parr consequent on the sale of his shares at full value rather than at a 50 per cent discount.”

Having established that s 178 of the Companies Act 2006 provides that the civil consequences of a breach by company directors of statutory duties codified in that Act are the same as if the corresponding equitable principle applied, Lewison LJ found that the alleged mismatch was

no bar to the recovery by Keystone of a secret profit made by Mr Parr.  The fundamental principle, as expressed in in Regal (Hastings) Ltd v Gulliver [1967] 2 AC 134 was that:

The authorities, furthermore, held that:

Applied to the present facts, it did not matter (i) that Mr Parr made no ‘profit’ other than a sale at full value, rather than at a discounted price; (ii) that there was no evidence to suggest that the value of Mr Parr’s shares was enhanced by his breach of duty; nor (iii) that Mr Parr’s breach was not a cause of his profit.  What mattered was that Mr Parr’s concealment of his breach of duty (itself a breach of duty) led to his receipt of twice as much as he was entitled to. This was considered a sufficient connection between the breach and the profit to bring the equitable principle into play.

This case is a useful reminder that, although the distinctions between law and equity are increasingly blurred, there still remain differences in principle which govern the award of common law damages and equitable relief for breach of fiduciary duty.  In equity, where the remedy is neither compensatory nor restitutionary, the comparison with damages has been described as “unhelpful;” commercial practitioners would do well to bear this in mind when drafting pleadings and formulating statements of case.

Lewison LJ concluded that adherence to the practice direction means that what limited time judges of the Court of Appeal have for pre-reading can be most productively spent; parties can, therefore, expect that costs for preparing non-compliant bundles of authorities are at risk of being disallowed.