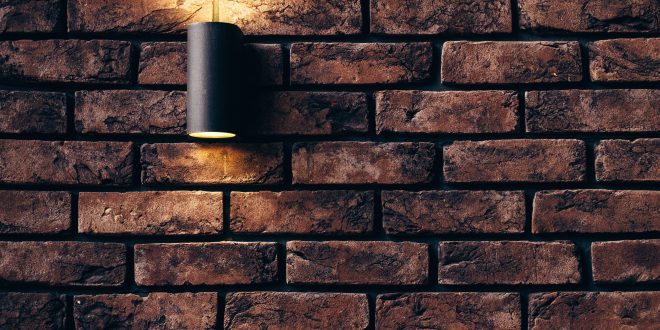 The High Court considers Art 25 of the Brussels Recast Regulation and confirms that it is concerned with formal requirements which seek to establish consent to an exclusive jurisdiction clause. Where contracts are concluded orally, it is still necessary to demonstrate clearly in writing consensus regarding an exclusive jurisdiction agreement to satisfy the written requirement under Art 25(1)(a).

The Claimant, “Pan Ocean,” was the demise charterer under a charter contract governed by English law, which conferred exclusive jurisdiction on the courts of England and recorded the intentions of the charterer to load various cargoes of oil from various ports, commingle them, then, upon discharge in China, present the whole as a single type of oil loaded at a single loadport.

The Defendant, “China-Base,” was the buyer under a contract for sale and purchase of light cycle oil, on CIF terms, with delivery at Nansha, China. The seller was a company said to be associated with the charterer.

On the relevant voyage, Pan Ocean carried out the charterer’s intentions, issued switch bills falsely describing its oil cargo, and discharged it in Nansha. China-Base took possession but did not present any bill of lading nor letter of indemnity to Pan Ocean.   It then sought customs clearance using documents which similarly mis-described the cargo as wholly light cycle oil, which was ultimately impounded by the Chinese anti-smuggling bureau on the basis of the mis-descriptions.

Having paid fees and taxes to release the cargo, China-Base claimed damages for loss and damage suffered by reason of false statements in the switch bills, which China-Base further asserted it had never received and had no reason to believe were properly indorsed. A writ in rem was thus issued in Singapore, and the Vessel was subsequently arrested.  Pan Ocean entered an appearance in those proceedings and applied to set aside the arrest.

Pan Ocean brought proceedings in the High Court and made an application for an anti-suit injunction restraining China-Base from continuing proceedings in Singapore. China-Base conversely applied for a declaration that the English court lacked jurisdiction.  Given that the grant of the injunction was premised on a finding that the English court had jurisdiction, this case comment focuses on the latter application.

The judge considered there were three issues to be determined:

(b) in a form which accords with practices which the parties have established between themselves; or

The judge considered the authorities, beginning with two early cases of the ECJ, Estasis Estasis Salotti di Colzani Aimo e Gianmario Colzani v RUWA Polstereimaschinen GmbH (Case 24/76) [1976] ECR 1831  and Galeries Segoura v Rahim Bonakdarian (Case 25/76) [1976] ECR 1851. Galeries Segoura concerned an oral agreement, and the questions referred to the ECJ were whether the written requirements of Art 25 (then Art 17) were satisfied if, at the conclusion of an oral contract for sale (1) a vendor or merchant states he wishes to rely on his standard terms, which include the EJC, then later confirms the contract in writing and sends a copy of his  standard terms; or (2) a merchant does not mention the standard terms whilst concluding the contract, but subsequently confirms the contract in writing subject to his standard terms, again which include the ECJ and are sent with the written confirmation.

The judge gave particular emphasis to the following passages of the ECJ’s determination of the questions:

[6] By making such validity subject to the existence of an “agreement” between the parties, Article 17 imposes upon the court before which the matter is brought the duty of examining, first, whether the clause conferring jurisdiction upon it was in fact the subject of a consensus between the parties, which must be clearly and precisely demonstrated. The purpose of the formal requirements imposed by Article 17 is to ensure that the consensus between the parties is in fact established. The questions referred to the Court by the Bundesgerichtshof must be examined in the light of these considerations.

[12] …in the case of an orally concluded contract, the requirements of the first paragraph of Article 17 as to form are satisfied only if the vendor’s confirmation in writing accompanied by notification of the general conditions of sale has been accepted in writing by the purchaser. The fact that the purchaser does not raise any objections against a confirmation issued unilaterally by the other party does not amount to acceptance on his part of the clause conferring jurisdiction.

Having considered subsequent authorities, the judge drew the following conclusions:

The judge therefore concluded that, even if assuming the conduct between the parties at the discharge port gave rise to an implied contract, any EJC contained therein would not satisfy the requirements of Art 25.

This case addresses several core issues which underpin international litigation in the English courts. For practitioners representing foreign litigants wishing to sue in England and Wales in reliance on an EJC, it is worth noting in particular that consent to the jurisdiction remains at the heart of Art 25 of the Brussels Recast Regulation. That, therefore, a written EJC exists may in some cases not be in itself sufficient to satisfy the written requirement under Art 25(1)(a).  This is likely to be so where contracts are concluded orally, and the EJC is included in standard terms sent later when the contract is confirmed in writing.  In such cases where the EJC is issued in writing on a unilateral basis, clear, written consent to the EJC by the counterparty is required to satisfy the requirements of Art 25.