Home > Overage: it continues to be a potential minefield

Overage: it continues to be a potential minefield 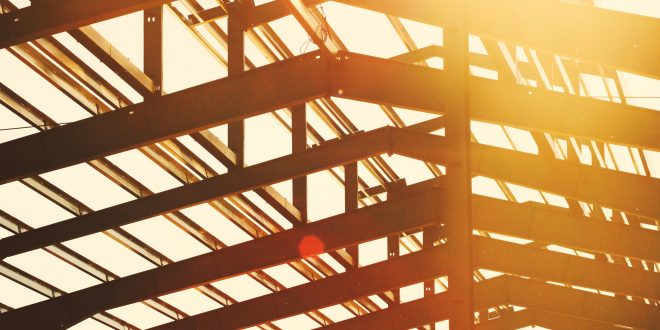 1. Overage clauses (sometimes a.k.a. ‘claw-back’ or ‘uplift’ clauses) are a common feature in contracts for the sale of land that is intended for development, inserted for the benefit of vendors wishing to participate in the rewards of development of the land by the purchasers.  Some very recent cases highlight the difficulties which continue to be faced by transactional lawyers when drafting such clauses and by their litigation colleagues when it comes to later interpretation of the clauses and determining whether a payment is due to the vendor.  It is an area in which the author, like no doubt many colleagues, has received instructions in recent times.

2. The most recent reported case on interpretation of an overage clause, and which helps to illustrate some of the difficulties that can arise, is:

3. Entertainingly, Norris J’s judgment begins with the following summary: “1. How hard do you have to work to make yourself liable to pay £1.4 million? The essential question for decision in this case is whether a developer used ‘reasonable endeavours’ to achieve ‘as soon as reasonably practicable’ the satisfaction of certain conditions upon the fulfilment of which the developer became obliged to make an overage payment of £1.4 million: and if it did not, then whether the overage payment or damages in lieu are payable.”

The overage clause in question

4. The case concerned an overage clause entered into in a transfer dated 4th July 2003 between the vendor/assignor (“Planet”) of a long lease of a commercial property in Milton Keynes (“the Ice Rink Lease”) and the purchaser/ assignee (“Abbeygate”) of the Ice Rink Lease, which provided that within 10 days of a ‘Trigger Date’ Abbeygate would pay Planet an ‘Additional Payment’ of £1.4million (“the Overage Provision”).  Norris J held that “the “purpose” [of the Overage Provision] does not matter. Whatever the reason for entering the overage covenant (and each side may have had a different reason) it is the legal obligation itself (“the Overage Provision”) which must be given effect.”

5. The Trigger Date was, per the definitions in the agreement, governed by the grant of planning permission on “terms and subject to conditions which in the reasonable opinion of [Abbeygate were]…acceptable and commercially viable” and Abbeygate further covenanted to “use its reasonable endeavours to obtain” such planning permission.  There was also a 10-year longstop date for the Trigger Date: it had to occur before 4th July 2013 (“the Longstop Date”).  Finally, it was also conditional (per clause 3.1 of the agreement) on Abbeygate having also obtained the necessary variations of (or the vesting in itself and merger of) various leases so as to permit the development contemplated by such planning permission.  There was also an obligation on Abbeygate to “as soon as it considers strategically advisable (taking into account the requirement to obtain an Acceptable Planning Permission) commence and thereafter use reasonable endeavours to negotiate and agree with the parties entitled to the reversions…the variations contemplated by Clause 3.1 as soon as reasonably practicable”.

6. In due course, the Claimant Gaia became the assignee of Planet, and Abbeygate by around 2011 was considering how it might reduce or avoid the burden of its obligations under the Overage Provision.

7. Nothing had happened in relation to the development of the Site for some while. A planning permission was applied for and granted in 2007: but nothing came of it. In December 2010 Abbeygate obtained planning permission to refurbish the Rink, to demolish the neighbouring ten-pin bowling alley and restaurant, and to construct a casino, some conference facilities, and a new retail unit to the south of the ice rink. The size of the new retail unit meant that other land needed to be acquired. The conditions upon which the 2010 permission was granted restricted the casino building to Class D2 use or use as a casino. When it became clear that a casino license might not be available the scheme had to be rethought around a pure retail use, which would require an amendment to the 2010 permission. This alteration was achieved by September 2011, and the development refocussed on a retail development (including a superstore) with the ice rink remaining.

8. By April 2012 Morrisons had been identified re: the proposed superstore (earlier negotiations with Sainsburys and with Tesco having broken down), and plans developed in accordance with the layout requirements of Morrisons (requiring further amendment to the 2010 planning permission). On 9th November 2012 Abbeygate applied for (and on 8 February 2013 the planning authority granted) planning permission for minor material amendments to the existing 2010 permission (to reflect Morrisons’ layout) subject to conditions (“the February Permission”).  If the February Permission was an “Acceptable Planning Permission” the provisional Trigger Date would be 8th May 2013.  Meanwhile, Abbeygate had also reached agreement to acquire the superior leasehold reversion and some further land, subject to a condition relating to inter alia the ice rink’s refurbishment.  There was also a side agreement with Morrisons.
9. Norris J noted that the various agreements reached in late 2012 by Abbeygate left it with “considerable influence over when and in what order…conditions [in those agreements] were satisfied”.  Abbeygate wanted this influence so that they could control the onward transactions to ensure that the end transaction (acquisition of the Morrisons supermarket by an institutional investor, which transpired to be part of Aviva) funded all of the transactions.  However, there was a tension between the flexibility Abbeygate had obtained via these conditions and their obligations to use “reasonable endeavours” to achieve particular outcomes “as soon as reasonably practicable” as part of the Overage Provision.  As it happened, completion of the transactions (and the conditions required to fulfil the Overage Provision) did not occur until 4 days after the Longstop Date.  Gaia alleged that Abbeygate had failed to use reasonable endeavours, particularly re: the period February to July 2013.

10. The Judge identified no less than seven issues which he had to determine to see whether Gaia’s claim should succeed, six of which turned on questions of interpretation, particularly as to ‘reasonable endeavours’ and ‘as soon as reasonably practicable’.
11. He found that Abbeygate did not after 31st October 2012 make reasonable endeavours to achieve as soon as reasonably practicable the variations in the property interests contemplated by clause 3.1 of the Overage Provision; and that if reasonable steps had been taken as soon as reasonably practicable all necessary property interests would have been in hand sufficiently before 20th June 2013 so that the Trigger Date would have fallen at a time that entitled Gaia to claim the overage payment. He held that Gaia was entitled to damages in the sum of £1.4 million, together with interest at a rate agreed between the parties (2% per annum compounded at annual rests).

12. It is also notable (see paragraphs [43] to [54] in the judgment) that Norris J rejected Abbeygate’s assertion that Gaia (or its shareholder who had been a shareholder of Planet previously) had itself manipulated the situation so as to ‘blackmail’ Abbeygate into enhancing the specification of the refurbished rink.

14. There may, of course, be good commercial reasons why a particular clause is weighted in favour of either the vendor or purchaser, depending on their bargaining positions, the amount of overage payment versus the purchase price generally, ease of development and so on.  But whatever the underlying rationale (with which, as Norris J noted, the Court is not generally concerned), it is important to make the machinery of the overage clause/agreement practically workable and as free from questions of interpretation as possible.

15. To get to his decision, Norris J had to be led “through a maze of detail and a mass of documents”, and deliver a 114-paragraph judgment (which in the hands of some judges may well have been rather longer) some 54 paragraphs of which were dedicated to difficult, fact-sensitive questions of interpretation. One suspects that the costs involved in taking such a case to trial were very substantial.

16. It will, of course, never be possible to cater for all future eventualities in the wording of an overage clause.  Nor will it be possible to always avoid litigation, even where the wording of the clause is clear and adequate for its intended purpose; parties have various motivations for litigation, and litigating lawyers can come to different, but defensible, views on the meaning of such clauses being, as they must, objectively construed by the Court in the event of dispute.

17. However, Gaia v Abbeygate is a useful case in demonstrating some of the potential difficulties that could arise if, for example, too much control over the operation of the overage clause is given to the purchaser.

18. For other recent reported cases (the mere number of which in 2017 further demonstrates the scope for dispute in this area) on the interpretation of overage clauses see, for example:
(a) Sparks v Biden [2017] EWHC 1994 (Ch): A term was implied into an option agreement, containing an overage clause, requiring the buyer/developer of a parcel of land to sell newly constructed dwellings on that land within a reasonable period of time in order to trigger overage payments to the seller.  The main basis for this implication was to give business efficacy to the agreement, as the agreement contained other terms requiring the buyer/developer to seek planning permission and build in accordance with the same using all reasonable endeavours/as soon as was practicable.  Without implying the term sought, the agreement would become unworkable;

(b) Sovereign Property Holdings Ltd v London and Ilford Ltd [2017] EWHC 1773 (Ch) (appeal outstanding): An overage agreement concerning the sale of an office block for residential development was triggered where the seller obtained prior approval for a proposal relating to 60 residential units notwithstanding that the purchaser later asserted that it was impossible to produce the units in compliance with fire regulations. The purchaser had seen the development plan underpinning the proposal before it executed the overage agreement and was responsible for determining precisely how fire regulations might impinge on its development.  Unless there was misrepresentation or other vitiating sharp practice on the claimant’s part, the defendant’s complaint was really that it had made a bad bargain (which, of course, is not something the Court can give relief for); and

(c) Minerva (Wandsworth) Ltd v Greenland Ram (London) Ltd [2017] EWHC 1457 (Ch): A company which had purchased a development site subject to a contractual term entitling the seller to apply for enhanced planning permission and charge the buyer overage if permission was granted was ordered to pay damages equivalent to the amount of overage which the seller could have charged. The buyer’s unreasonable withholding of its consent to the planning application and unreasonable refusal to enter into a s.106 agreement were breaches of the sale agreement, which had prevented enhanced planning permission from being granted and the seller from earning overage.  Once again, the Court’s decision rested on interpretation of multiple contractual provisions against a complex factual matrix.