Welcome to the January edition of the Property Newsletter from Hardwicke.

2018 looks set to see a number of property law developments: With leasehold reform high up the government’s agenda, it will be interesting to see how far, ultimately, this is taken. In April 2018, it will become unlawful (absent an exemption) to agree a new lease (or renew an existing one) of a property with an ‘F’ or ‘G’ EPC energy efficiency rating. The government has also indicated it intends to pursue a proposal for a new register showing who owns and controls overseas legal entities that own UK property.

With several potential Supreme Court decisions to boot (Franses v Cavendish and Regency Villas), the outcome of one bit of Law Commission work (on the Land Registration Act 2002), and the start of another (the 13thprogramme, including leasehold reform), there is lots of potential; that said, with the ongoing Brexit distraction, how far some proposals are progressed may be open to doubt. The introduction of the Property Bill 2016, announced in the Queen’s Speech in May 2016, has not yet progressed in any way!

To kick off 2018’s newsletters, Emily Betts examines the procedural hurdles to enforcement of possession orders via  High Court Enforcement Officers, Andrew Skelly reveals his untruth from last month’s unrobed section, and Katrina Mather teases us with her 3 facts, the answers to be revealed next month.

Finally, as has now become tradition, Hardwicke will be at MIPIM in Cannes from 12-16 March. If you will also be attending, please get in touch if you would be interested in meeting up or attending one of our events.

John de Waal QC has been preparing for trial on the question of whether a default interest provision is an unenforceable penalty.

Jamal Demachkie‘s December and January have involved a succession of claims relating to commercial property – forfeiture, injunctions, and a couple of 54’ Act contested renewals.

Rupert Cohen had a lovely Christmas break (which included 3 days in Copenhagen) and has returned to find his diary groaning with estate rentcharges, misrep claims and a variety of mediations (in which he is the mediator) all of which have rendered the peace and quiet of the Christmas period a distant memory….

John Clargo was dealing mostly with paperwork in December aside from (1) three days in Lincoln seeking, successfully, to enforce a charging order which had been obtained following a trial about a lame horse and (2) a nice break for Christmas.

After advising on rights of pre-emption on a mixed residential / commercial development and shutting down a few pubs just before Christmas, and then a few week’s R&R in Spain, Simon Allison returned to kick off 2018 with a first week reading day by day as: Peterborough, Nottingham, Nottingham, Ventnor (Isle of Wight) and Bromley. Good to be back.

Further to his work in the reported case of Jones v Cheema Steven Woolf acted for the Jones Practice a further time. On this occasion in opposing an attempt by NHSEngland to intervene in the medical practice.

Andrew Skelly had another month advising on the enforceability (or otherwise) of restrictive covenants, in respect of several potential developments.

December saw Andy Creer in the Court of Appeal on a case involving the doctrine of merger which turned on the precise cause of action in a “trespasser possession claim” (see below). She also dealt with the final hearing in a Part 8 claim for an account of monies due under a legal charge and considered how to protect the bank’s security in a case involving a ransom strip.

Rupert Higgins has been considering what use has to be made of property used in connection with the servicing of a bank ATM in order to constitute occupation for the purposes of a business, so as to attract protection under the Landlord and Tenant Act 1954.

After a lovely festive break, James Hall has been dealing with professional negligence in relation to a business tenancy and also trespass in relation to commercial premises.

The rush (or dash) towards Christmas saw Alastair Redpath-Stevens involved in the end of year ritual of the application to commit: bah! Other distractions included some odd (even weird) claims for possession, a civil restraint order, oodles of enormous service charge demands, adverse possession, restrictive covenants, party wall issues, a boundary dispute and other good festive cheer! That said, this year the Law Commission may try to nudge boundary disputes off to mediation: good news for mediators and experts … and probably lawyers too.

Clare Anslow had a busy month with a series of applications and hearings in the High Court alongside the more familiar world of County Court possession hearings, small claims and fast track trials which has seen her travel all over the country; Bournemouth, Norwich, Cardiff and Lincoln to name a few.

When not whale watching off the coast of Tenerife or paragliding from Mount Teide, Cameron Stocks‘s December was predominantly occupied with various possession claims including failed successions, anti-social behaviour and unlawful subletting. Cameron is looking forward to a busy year and predicts that 2018 will finally be the year that the sale of new-build leasehold houses is banned.

Lina Mattsson has a busy start to the New Year with three appeals listed in the next few weeks. She is already planning her next holiday. In between the appeals she is advising on a fraudulent land transaction and conveyancing transactions gone wrong, resulting in numerous boundary and easement disputes between neighbours.

January is shaping up to be a busy month for Katrina Hanstock between TOLATA claims, property damage pleadings and a High Court freezing injunction.

And finally, after a Christmas Day doing a walking dot to dot looking at blue plaques Brie Stevens-Hoare QC has got straight back into a diet… of service charges, expert valuations and restrictive covenants. Starting 2018 as she means to continue Brie was in Court on 3rd January. 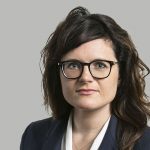 Possession orders are generally obtained in the County Court and enforced by a County Court Bailiff. It is a common source of frustration for claimants that they may have waited several months from issuing a claim to obtaining a possession order, and they can then face delays of up to 12 weeks for a bailiff appointment. In these circumstances claimants often seek advice about using a High Court Enforcement Officer (HCEO).

HCEOs market themselves on the basis of faster and more effective evictions, although this comes at a higher cost (between £400 to 900, compared with £121 for a bailiff). They can generally act more quickly from the point of receiving a Writ of Possession from the High Court (as opposed to the Warrant of Possession which is issued in the County Court). HCEOs are also considered to be more effective at dealing with ‘troublesome evictions’, where the occupiers are going to make a nuisance of themselves, or there is likely to be some protestor activity.

Andy Creer appeared for the successful respondent before the Court of Appeal. It had taken a long leasehold interest in a flat from an associated company and promptly brought trespasser possession proceedings against the occupier (the appellant). It took them >16 months to get a possession order and obtain vacant possession. In a second action by the respondent for a money judgment, the judge awarded them mesne profits. The appellant argued that the respondent’s claim was res judicata, as both claims were brought in trespass. The Court of Appeal disagreed. It held that every day of the unlawful occupation of the flat as a trespasser constituted a fresh, separate cause of action giving rise to a claim for mesne profits for that occupation for that period. The first claim was limited to a claim for possession, which only involved the first respondent having to show that it had a good cause of action as at the date of the order for possession made in its favour. The respondent therefore did not rely upon the same cause of action in the first and second claim and there was no res judicata nor had the new cause of action merged with the judgment given in the first action. Victory for Andy (and her client, of course)!

The claimants were occupiers of huts built on the defendant’s land. The defendant had served notices to quit on the claimants, who sought declarations that the notices were invalid. The court found that both parties considered that the huts belonged to the claimants. The expert evidence was that the huts could be removed, notwithstanding that some damage would be caused to them. On these facts the court found that the huts were chattels and not part of the realty; but this was not inconsistent with the existence of a tenancy of the land on which they stood. The court found that the land on which the huts sat was not available for occupation or any other use by the defendant, who was therefore excluded. It followed that the claimants had periodic tenancies of the land on which their huts stood. These had been determined by the notices to quit. The court also rejected the claimant claim of proprietary estoppel. Any promises made to the claimants’ predecessors in title that they could occupy the huts for as long as they wanted would have been personal and not intended to enure as property rights for the benefit of their successors. The claimant could also not show detrimental reliance. The requirements of proprietary estoppel were thus not made out.

Restrictive covenants – application under s.84(1) for the discharge – compensation

The applicants purchased land with restrictive covenants in favour of the local authority with an intention of obtaining planning permission for residential development in 2013. Planning permission was obtained and an application to discharge under s.84(1)(aa) and s.84(1)(c) was made. The UT refused the application. It held that there was no general principle that the shortness of time between the imposition of a restrictive covenant and an application for its modification was a decisive factor against granting the application. However, the more recent and the more immediate the applicants’ role in the covenant’s creation, the greater the weight the tribunal would give the covenant when balancing the needs of development in the area against the protection of those contractual rights. The UT held that in this case it would have modified the covenant on terms of the payment of appropriate compensation to reflect the effect of the restriction on the purchase price. The applicant had however not filed any evidence to allow an assessment of the appropriate compensation to be paid, and the application therefore had to be dismissed. 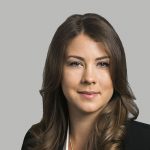 Each month, a member of the Hardwicke property team gives us three facts about themselves. But only two are true. Can you guess which two? Below, Katrina Mather gives us her three facts – the answers will be revealed next month. But first, Andrew Skelly explains which fact was false last month:

To find out more about our Property team and their work, visit the Property page on our website.