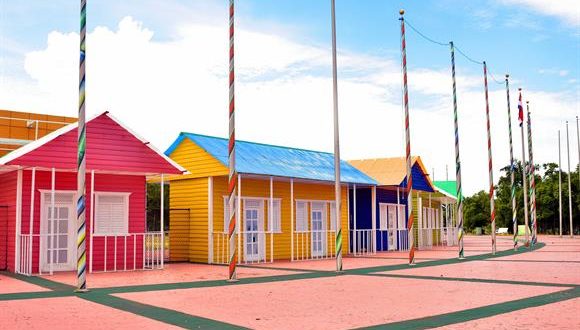 Welcome to the May 2020 edition of the Property Newsletter from Hardwicke. Two months on from lockdown. All of us are slowly getting used to the “new normal”, whatever that actually means in practice. For the editor, on reflection, it has curiously meant an uncharacteristic increase in exercise in order to justify “getting out for a bit”, and previously unheard of running app notification praise! His personal trainer (if he’d ever had one) would be proud.

Congratulations this month to the six Hardwicke members who have been appointed as Deputy District Judges: Morayo Fagborun Bennett, Jamal Demachkie, Rupert Higgins, Alison Meacher, Matthew Hodson and also (somewhat of a surprise he might add) the editor!

In his article “Distinguishing a Crock from a Gater” Alastair Redpath-Stevens discusses the operation of section 27A(6) of the Landlord and Tenant Act 1985; when the First-Tier Tribunal can step in (or not) in the context of residential leasehold service charge provisions seeking to give landlords the power or discretion to decide apportionment.

And Jamal Demachkie spins the wheel of questions for us.

The answers to last month’s numbers quiz and dingbats can be found here.

For all things Covid-19 word related, Hardwicke’s Covid-19 resources related hub can be found at https://hardwicke.co.uk/covid-19/

The next newsletter will be around the end of June 2020. From all the team at Hardwicke we continue to wish you and your family all the best at this difficult time.

John Clargo has been tending towards competence on a variety of video-conferencing applications, all of which work well. He awaits with interest HMCTS’s inevitable adoption of a single standard one, which won’t. Aside from that, easements, easements, misrep, easements. And a pinch of rent review.

As well as taking part in his first #HardwickeBrew, Jamal Demachkie has been getting used to the new normal by learning all about tide-levels in a nuisance claim, and arguing about addresses for service when commercial business are in lockdown.

Daniel Gatty’s time at home has mostly been spent on rectification of leases, conveyancing negligence claims, easements and mortgages.

James Hall has been grappling with several remote hearings: including issues over e-bundles and a prolifically communicative litigant in person allegedly having no access to a phone to be able to join such a hearing.

Katrina Mather has had some interesting Covid related instructions including advising on terms of the New Look CVA which she’s been combining with her usual diet of boundary determinations, agility training with her dogs and service charge disputes!

Lina Mattsson has had a month of terminal dilapidations, landlords unreasonably withholding consent for assignments and advising borrowers on how to stop a mortgagee appointing receivers. She has also celebrated yet another birthday. They seem to come around very quickly!

In addition to drinking coffee during the various “brews”, Monty Palfrey has been busy advising on the effect on a terminal dilapidations claim of a tenant going into Administration shortly after vacating the property, ownership of a car park and the recovery of estate charges following the enfranchisement of a house in Docklands whilst successfully resolving a two-day cost argument by Skype in 54 Act renewal case following a consented preliminary issue.

Andrew Skelly has been enjoying redecorating his study, installing a new desk and three new screens, getting ready for the expected avalanche of remote hearings. So far: exactly one – an arbitration. Or two, if you count the procedural hearing. At least the view out of his study windows has been fabulous, with the glorious weather we have had. Now just dreaming of the summer holidays that look increasingly unlikely.

When not discussing rights to light, Cameron Stocks has spent the last month advising on acrimonious boundary disputes, considering whether a failure to sever a joint tenancy prior to death amounts to professional negligence and most importantly training a new puppy not to be scared of everything that moves.

John de Waal QC has been struggling with Expert Determinations – easy to agree, difficult to unwind. There is also an article on the website by Andy Creer and Catherine Piercy.

The Hardwicke Team continues its successful #HardwickeBrew series on Zoom, an informal chat that lets you in to our team’s thoughts and discussion surrounding current issues and practical challenges practitioners and their clients are facing. Wandering children and/or pets are very welcome…bring your own hot drink! 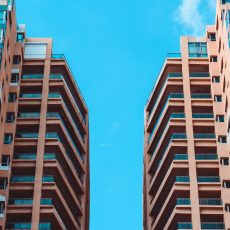 Distinguishing a Crock from a Gater

Alastair Redpath-Stevens discusses the operation of section 27A(6) of the Landlord and Tenant Act 1985; when the First-Tier Tribunal can step in (or not) in the context of residential leasehold service charge provisions seeking to give landlords the power or discretion to decide apportionment. 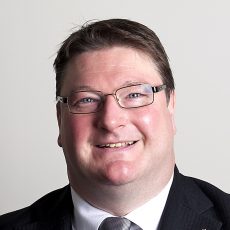 May has been a busy month for the judiciary. Below are of just three of the many interesting property cases which were handed down this month.

Morayo Fagborun Bennett acted for the successful respondent tenant. The appellant landlord appealed an order dismissing its application for summary judgment for a money judgment for unpaid service charges. The lease contained the common provision that the landlord must furnish the tenant with a certificate of the amount payable which “in the absence of manifest or mathematical error or fraud …shall be conclusive.” The judge agreed with Morayo Fagborun Bennett that such certificate is only conclusive as to the amount of the costs incurred, absent manifest or mathematical error, or fraud, but is not conclusive as to the question of whether those costs, as a matter of principle, fall within the scope of the service charge payable by the tenant under the lease. The tenant was therefore entitled to challenge the sum claim by the landlord based on the certificates and the appeal was dismissed.

The Court of Appeal dismissed Ms Dhillon’s appeal for an order to rectify the register by removing a charge in favour of the respondent bank. [Click here for a case summary by James Hall]. It was not in dispute that the charge had been obtained by fraud. However, if the charge were removed Ms Dhillon would become the owner of the unencumbered freehold property worth 1 million. Notwithstanding the charge there was some £350,000 equity in the Property. It had been held at first instance that Ms Dhillon would not have been able to afford to buy the property. Ms Dhillon was therefore £350,000 better off financially as a result of the fraud. These were exceptional circumstances which justified non-rectification pursuant to the Land Registration Act 2002 Sch.4 para.3(3). 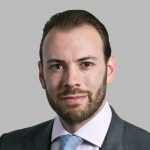 Each month, a member of our property team has to spin ‘the Wheel of Questions’ and answer the first three questions that come up. This month, Jamal Demachkie tried his luck with the wheel.

What are you reading currently?

I currently have three books on the go (depending on my mood): I have just started the new Neal Stephenson book “Fall, or Dodge in Hell”. I am also midway through the Witcher series (I am a secret fantasy-genre geek!) and am listening to Bill Bryson’s “The Body” on Audiobook.

Computer games (see previous answer about being a fantasy-geek)

What is a dream you have that you’ve yet to achieve?

Learning to do a backflip; I fear time is fast running out!

To find out more about our Property Team and their work, visit the property page on our website. To view a copy of our privacy statement, please click here. The Property Newsletter is edited by Carl Brewin. Comments or queries about this newsletter? Please get in touch with him!