Welcome to the May edition of the Property Newsletter from Hardwicke.

We were pleased to welcome Byroni Kleopa and Usman Roohani as new members of Hardwicke’s property team following successful completion of their third-six pupillage.

This month, Morayo Fagborun Bennett considers whether we should be worried about the proposed changes to s.21 and the private rented sector, and John Cargo spins the Wheel of Questions.

Restrictive covenants, parking rights, Trusts of Land and fraudulent transactions have been keeping Brie Stevens-Hoare QC entertained over the last month – we have suggested she gets out more!

Charlotte John’s practice this month has focused on property disputes featuring parties who are alleged to have lacked capacity or to have been susceptible to undue influence and she has been acting both for and against parties advancing such claims. Continuing that theme, Charlotte spoke at SGCL’s Elderly Client Conference on the subject of financial abuse and recovering misappropriated property.

John de Waal QC has been acting on two cases both concerning the question of whether sums taken as deposits in excess of the standard 10% are in fact penalties and thus recoverable by the buyer on default.

Lina Mattsson has had a month of s.84 applications! She has also been advising on overage provisions and the right of first refusal. She is bracing herself for the five weeks of back-to-back trials about to start.

This month Jamal Demachkie has been advising on two messy ground (f) and (g) 1954 Act applications, and has variously been forfeiting leases, and claiming relief from forfeiture (usually in respect of different properties!).

Amanda Eilledge has had a busy and varied month which included advising a secured lender on whether a Right to Buy transaction was ultra vires a local authority, advising developers and homeowners on restrictive covenants, two CCMCs and a successful adverse possession trial.

James Hall has been grappling with powers of attorney granted to mortgage lenders and title rectification issues.

Morayo Fagborun Bennett has been busy with social housing cases this month dealing in the County Court with disrepair, ASB and Equality Act issues and in the Magistrates Court with statutory nuisance and anti-social behaviour injunctions in the Youth Court.

Laura Tweedy has been advising on boundary disputes, business tenancies and the property consequences of broken relationships. All while growing a baby – due at the end of August!

Andrew Skelly has had a number of issues relating to s.84 applications to discharge or vary restrictive covenants affecting residential freehold land, and commercial leasehold land.

Monty Palfrey has had a short working month which culminated in running the Sherry Half Marathon in Jerez. When working he has covered the full range of property work including a successful mediation between two freeholders each holding the freehold of what was originally one development and the common parts to the whole, belonging to one of those owners, i.e. a split freehold without any express obligations to pay. Monty also came across a new first, turning up to court to continue a part-heard hearing only to find out part way through that the Deputy DJ’s warrant to be a judge had expired by effluxion of time!

Between backpacking around Peru Katrina Mather has complemented her view of mountains, deserts and rainforests by staring at her computer screen advising on possession, disrepair and service charge matters. She won’t comment on which aspect of the holiday she’s been enjoying more…

Some of the things which have kept John Cargo off the streets (other than for running) in April were various developments (involving issues over restrictive covenants and unilateral notices), knotweed (again) and discovery. 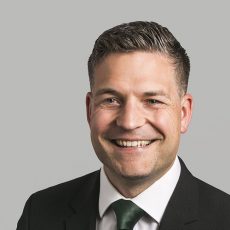 Should we be worried about the proposed changes to s.21 and to the private rented sector?

Morayo Fagborun Bennett considers whether we should be worried about the proposed changes to s.21 and to the private rented sector. 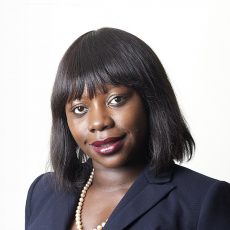 The Claimant landlord (L), sought an injunction to prevent the defendant tenant (T) from interfering with his right of access to T’s demise under two farm tenancies. The tenancies reserved to L a right to enter the demise “at all reasonable times for all reasonable purposes” and “any time, for the purposes of inspecting the premises”, making “roads sewers or drains” or for “any other purpose connected with his estate”. L had applied for planning permission to develop his adjoining land and wanted to undertake a number of surveys from the demised land, including a bat habitat survey. T refused access and L applied for an injunction, arguing that the said reservations gave L extensive rights of access. T argued that L’s construction constituted a derogation from grant and interference with T’s right to quiet enjoyment.

HHJ Keyser QC refused L’s application. Upon a review of the authorities he summarised the relevant principles as follows:

1) An exception or reservation will, if possible, be construed in such a manner as to preserve its validity.

2) Therefore the court will, where it is possible to do so, construe an exception or reservation as restrictively as is required to avoid a derogation from grant or a conflict with the covenant for quiet enjoyment.

3) There is no further rule that a reservation is to be construed restrictively against a landlord.

4) However, the application of the standard principles of construction, including the requirement to have regard to all of the provisions of the instrument and to the principal purpose and subject matter of the instrument, will tend to lead the court to expect that substantial qualifications of the rights to exclusive possession and quiet enjoyment of the demised premises will appear clearly from the lease. Further, apparently broad and unqualified words in reservations may, on closer examination, be found to have a more restricted meaning when read in their immediate or wider textual context.

5) If it is not possible to construe an exception or reservation in a manner consistent with the ‘the irreducible minimum’ implicit in the grant itself, it will be struck down as being repugnant to the lease.

6) The contra proferentem rule operates only if the exception or reservation is ambiguous, in the sense that the court is unable to decide on its meaning by the use of the materials usually available for interpretation.

8) Once the court is forced to have recourse to the rule, the correct position is that the reservation operates as a re-grant by the tenant and therefore the reservation falls to be construed against the tenant, who is considered to be the proferens.

The judge held that “reasonable purposes” cannot extend to all purposes that are reasonable merely in the landlord’s interests. In the context of a lease, the obvious canon of reasonableness is the relationship of landlord and tenant. The “reasonable purposes” are reasonable purposes concerned with the parties’ rights and obligations under the tenancy agreement and L’s reversionary interest in the demised land. Further, the right was one of entry; anything that involved significant interference with use of areas of the land or intrusion below its surface, such as digging of excavations, the sinking of boreholes and the erection of structures would not be within the scope of the reserved rights.

The judge held that in this case T was not likely to deny access to L for purposes that were established as being lawful. Therefore the necessary condition of a quia timet injunction, namely a strong probability that the defendants would infringe the claimants’ rights, was not satisfied. 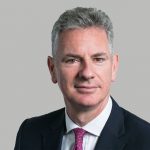 Each month, a member of our property team has to spin ‘Wheel of Questions’ and answer the first three questions that come up. This month, John Cargo tried his luck with the wheel.

What was the first concert you attended?

Suddenly I’m transported back to the concerts – and competitions – which I was forced to attend as a little boy when my Dad was the percussionist for a brass band (which originally bore the name of the pre–British Leyland organisation Pressed Steel Fisher before being rebranded the City of Oxford Silver Band). I was deaf to the music then, but find it moving and nostalgic now. Phew, that spared me from mentioning the Culture Club concert I took my Mum to. Oops.

What is your favourite book?

Difficult. Very difficult. If I have, very reluctantly, to plump for one then I’ll go for Alexandre Dumas’ The Count of Monte Christo.  From this century I’d pick Jon McGregor’s So Many Ways to Begin which is one of the most poetic novels I’ve ever read.  I like Julian Barnes (mostly) and really enjoyed Sense of an Ending, despite finding the central character very unpleasant. I’d recommend all three of these to anyone. Obviously, to avoid allegations of apparent bias, I have left out of account any stories my children have written at school.

At what job would you be terrible?

Good job that question is in the singular. Hmm. Still. Solicitor? Obviously: too difficult. Judge, same. Diplomat, less so. Ah!  Pilot. Hopeless if you don’t like heights!

To find out more about our Property Team and their work, visit the property page on our website. To view a copy of our privacy statement, please click here. The Property Newsletter is edited by Lina Mattsson. Comments or queries about this newsletter? Please get in touch with her!
Menu