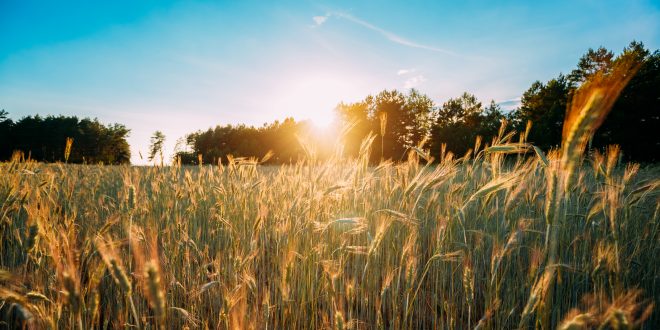 Welcome to the June edition of the Property Newsletter from Hardwicke.

In this month’s edition, Laura Tweedy looks at damages for unlawful eviction, Charlotte John reveals her untruth from last month’s unrobed section, and Cameron Stocks teases us with his 3 facts. The answers to be revealed next month.

The team has had a busy month as the activity report below illustrates.  We have also recently hosted two  extremely popular events.  The first, Insolvency for Property Lawyers, looked at some of the main insolvency principles of which property practitioners need to be aware.  We also ran a sell-out leasehold conference –Evolution or Revolution?  If you were not able to attend either event and would like a copy of the handout, please contact events@hardwicke.co.uk.

Cameron Stock’s month started with a trial resulting in the closure of a renowned drug den following bouts of anti-social behaviour and was followed by a trial obtaining possession based on unlawful subletting with a corresponding £10k unlawful profits order made against the offending tenant.

James Hall has been dealing with what might best be described as an unorthodox claim by a leaseholder against managing agents for quasi-professional negligence, as well as falling off his brother’s skim board on the shores of South Wales.

Jamal Demachkie has been busy moving house.  He has also had trials on forfeiture, notices to quit and an equitable lease.  But mostly he has been moving house.

John de Waal QC has been trying to resolve a conundrum on behalf of purchasers of a farm where the covenants appear to prevent the buildings being used for agricultural purposes; it appears an application to the Tribunal is in order.

Steven Woolf in addition to the usual mix of landlord and tenant and property pleadings and advices, obtained injunctive relief against his clients’ older siblings following a fall out over their respective interests in the family property on the death of their parents and a trial in Oxford relating to funding for specialist Care Homes.

In addition to his usual diet, Monty Palfrey had an interesting trial during which the issue arose as to whether an alleged false gas/electrical safety certificate can be relied upon by an unaware or possibly unaware landlord on a s.21 accelerated procedure claim.

Andrew Skelly has been revisiting Quigley v Masterson, when advising on severance of a Joint Tenancy.

Daniel Gatty has had a mixed bag of a month, dealing with issues as diverse as responsibility for the cost of replacing ACM cladding, the registration of charges granted by a fraudster, failure to complete a house purchase and adverse possession of part of an industrial estate.

Amanda Eilledge has been advising an elderly lady whose neighbour has cut off her water and electricity supplies as well as digging up the access road to her house.

Alastair Redpath-Stevens has been tackling such diverse matters as construction of leasehold service charge provisions; almshouses as providers of social housing and the application of the Regulatory Framework; boundary disputes, equitable easements, Party Wall Act matters and vexed questions over piled foundations.

Lina Mattsson has had a month involving lessees ignoring their leases. She has been in both Central London County Court and the FTT arguing about letting properties on AirBnB and breaches of covenant not to run a business and to use a property as a private residence. She is now practicing her frog dance in anticipation of Swedish midsummer (explanation can be found here).

Clare Anslow continued to be seconded to a large Housing Association for three days a week throughout May where she has been advising on a full range of matters including service charges, misrepresentation claims, Possession and rent reviews. In the other part of her week Clare has managed to travel all over the country, her particular favourite being Merthyr Tydfil.

Simon Allison has, more than anything else, been on site views this month. 6 in a month may be a record. All have been immeasurably useful taking the cases concerned forward: cladding, easements, flooding, adverse possession and more.

And finally, Brie Stevens-Hoare QC is having fun with Party Walls and Trusts of Land issues this month.

Comment – Laura Tweedy – No joy for Joy: unlawful eviction, re-letting and damages in the Court of Appeal 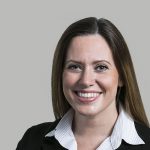 The Court of Appeal has provided some useful (and dare I venture to say, some not so useful) guidance on damages for unlawful eviction.

The appellant, the operator of serviced offices, had locked out the respondent occupier following arrears accruing under a contractual licence and sued for the arrears. The respondent counterclaimed for damages for wrongful exclusion, claiming that the terms of the licence had been varied by way of an oral agreement that the arrears would be paid off by instalments. The licence included an NOM clause providing that “All variations to this Licence must be agreed, set out in writing and signed on behalf of both parties before they take effect“. The trial judge had found that an oral agreement had been made, but that it was not binding pursuant to the NOM clause. The Court of Appeal had held that the operator was bound by the variation.

The Supreme Court held that the NOM clause prevented the oral variation from being binding. NOM clauses prevented attempts to undermine written agreements by informal means; they avoided disputes about whether a variation had been intended and about its exact terms; and formality in recording variations made it easier for corporations to police internal rules restricting the authority to agree them. Those were all legitimate commercial reasons for NOM clauses and they should be upheld. On the facts, no estoppel arose. There had to be some words or conduct unequivocally representing that the variation was valid notwithstanding its informality. The Supreme Court did note, obiter, that it seemed questionable whether there had been adequate consideration for the variation, but that they did not proceed to determine this issue.

The landlord appealed the Upper Tribunal’s decision that its management costs were capped at £250 per lessee per year on account of its failure to observe the consultation requirements under s.20 of the Landlord and Tenant Act 1985. The management agreement stated that the contract period “will be for a period of one year… and will continue thereafter until terminated upon three months’ notice“. The landlord’s argument that this meant that it was not an agreement for a term of more than 12months was rejected by the Court of Appeal. The use of the word “will” in the contract introduced a mandatory requirement that the contract would continue beyond the initial 12 months, without specifying for precisely how long. Notice of termination would have no effect until after the 12-month period had ended. Correctly construed, the term of the contract was therefore for a period of one year plus an indefinite period which was subject to the three-month termination right. It followed that the contract was a qualifying long-term agreement.

Easements – Overreaching – Priorities – construction of ss1(1) and 2(1) of the Law of Property Act 1925 An owner of land sold off plot X to the appellant, but failed to reserve a right of way over plot X for the benefit of the retained plot Y. Plot Y was then sold to the respondent and the vendor purported to grant him an easement over X. At that time, the appellant was already in occupation of plot X, but his title had not yet been registered. The respondent sought a declaration that he had the benefit of the easement. Overturning the trial judge’s decision, the Court of Appeal held that he did not. The respondent’s argument that the doctrine of overreaching in the Law of Property Act 1925 s.2(1) was capable of operating in respect of an easement was rejected. The Court of Appeal held that the doctrine of overreaching could only apply in respect of an estate in fee simple absolute in possession or a term of years absolute, as defined in s.1(1) of the 1925 Act as the only estates in land capable of subsisting or being conveyed. The purported grant of the easement over X could not prevail over the appellant’s right to be registered as the proprietor of X free from the easement, because a bare trust arose on the completion of the appellant’s purchase and his equitable interest in X under that trust was protected by his actual occupation, being an overriding interest under the Land Registration Act 2002 s.29 and Sch.3 para.2. It could therefore not be defeated by the subsequent grant of the easement to Y. In any event, overreaching was not possible on the facts, as it was not possible to identify any part of the sale proceeds of Y which could be apportioned to the grant of the easement. 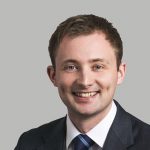 Each month, a member of the Hardwicke property team gives us 3 facts about themselves. But only 2 are true. Can you guess which 2? Below, Cameron Stocks gives us his 3 facts – the answers will be revealed next month. But first, Charlotte John explains which fact was false last month:

1. I fell asleep on stage at the Royal Albert Hall, during a televised Prom performance.

2. I am an amateur perfumer and am curating a smell library of over 1000 different materials, from the sublime to the seriously stinky.

3. I can trace my pupil lineage, through successive pupil supervisors, to Lord Denning.

1. True, to my shame. I was a teenager. I’d had a heavy night. The performance was Carl Orff’s Carmina Burana and I was singing with my youth choir, Highcliffe Junior Choir. I was rudely awoken by clashing cymbals in one of the (many) cacophonously noisy bits. There’s some YouTube footage somewhere (mercifully none of me snoozing) and an EMI recording.

2. True. Some of the stranger materials in my collection include geosmin (a molecule produced by bacteria in the soil, responsible for the distinctive after-the-rain smell termed ‘petrichor’), indole (produced by decaying matter and also by the jasmine flower), artificial civet (an ethical reproduction of an excretion produced by glands located in the nether-regions of a bad-tempered possum-like creature) and ambergris (basically whale vomit that has marinated in the sea for years). Many great fragrances are composed with just a touch of these smelly substances.

3. False, although I can trace my lineage to Lord Woolf, whom I am told is my great-great-grand-pupil-master (if there is such a thing). It’s fair to say that his learning was well diluted by the time it reached me.

1. I once planted a tree with Tony Blair and managed to cover my foot with soil in the process.

2. I appeared on BBC’s Pointless, losing out on a place in the finals by one point on a question about Loose Women.

3. Whilst volunteering in an elephant sanctuary, a baby elephant accidentally fractured my arm whilst chasing me around a pickup truck. 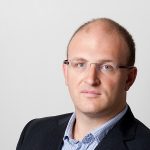 The Property Newsletter is edited by Simon Allison. Comments or queries about this newsletter? Please get in touch with him!