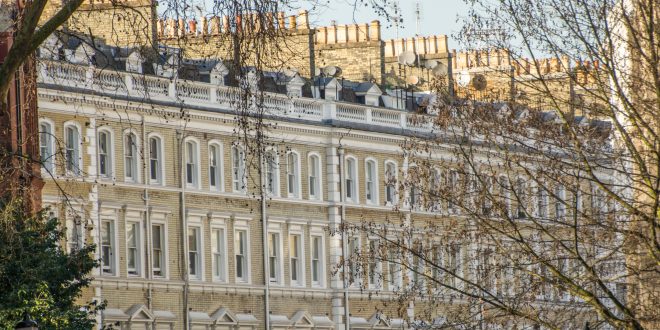 Welcome to the January 2020 edition of the Property Newsletter from Hardwicke. Happy New Year to you (no doubt for the millionth time). I can report that my new year’s fitness regime is (just) still in place with only the occasional slip. What a start to the year. Now, where did I put that Toblerone?

Talking of starts to the year, Hardwicke has been shortlisted as Chambers of the Year by both LexisNexis and the Modern Law Awards. Great news for chambers generally!

In this month’s newsletter Daniel Gatty considers airspace, subsoil and rights of first refusal, in an article in part taken from his recent book, A Practical Guide to Rights over Airspace and Subsoil, available to purchase: here. You can also listen for free to a Hardwicke podcast in which Daniel and Priya Gopal discuss the topic further: here.

And Byroni Kleopa spins the wheel of questions for us.

The next newsletter will be around the end of February 2020.

John Clargo finished 2019 with a mortgage appeal and advising on easements affecting a large commercial redevelopment site on the south coast.  His hopeful prediction that 2020 would be the Year of the Unadjourned Trial proved to be frustrated by ‘insufficient judicial capacity’ as early as 9th January.  This year he has resolved to remove the rust from his Russian language skills and to continue his habit of running every day.

This last month has seen Jamal Demachkie overindulging in boundary disputes, forfeiture and chocolate – in increasing order of magnitude!

Amanda Eilledge has been advising on payment of non domestic rates under a retail CVA this month.

Morayo Fagborun Bennett came back from a sunny Christmas and New Year in New Orleans to a service charge dispute in the Holiday Inn in Farnham and a committal/ injunction application concerning 2 farmers.

Priya Gopal attended the swearing in of Lord Hamblen on 13 January 2020 at the Supreme Court. She was personally invited, having worked as Lord Hamblen’s judicial assistant when he was in the Court of Appeal. Priya’s name also appears on a plaque in Court 2 of the Supreme Court after Hardwicke made a donation in her name as part of the celebration of 100 years of women in law

James Hall has been advising on professional negligence in relation to multiple off-plan student flat purchases…and has made absolutely no New Year’s resolutions, so has none to break!!

Lina Mattson has returned from being a lady of leisure to a very busy January with back-to-back trials involving the party wall act, proprietary estoppel, adverse possession and unlawful subletting.

Monty Palfrey has been missing the Spanish sunshine (not the drive) but is still living on the successful defence of a 5 day £300,000 mis-rep claim against a Pub-Co in early December.

Brie Stephens-Hoare QC is on a January diet of restrictive covenants, enfranchisement and farming family property & probate disputes. She’s already broken her food related resolutions but had not given up on the more stairs & walking one …yet! Meantime Brie is predicting 2020 will be a bumper year for those who are excited by forfeiture and disclaimers.

When not sitting in the Spanish sunshine, Cameron Stocks has had a very farm orientated month. He has spent the month advising on whether an informal family arrangement attracted succession rights under the AHA 1986 and separately acting in a property/partnership/inheritance dispute as to whether a discount on the purchase of a freehold reversion paid following the surrender of an AHA tenancy amounted to a profit which must be accounted for following the death of a partner.

John de Waal QC continues to work on a cladding case which has an estimated value of £7m. 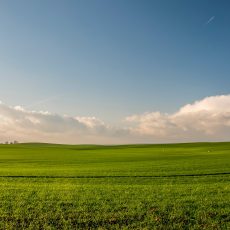 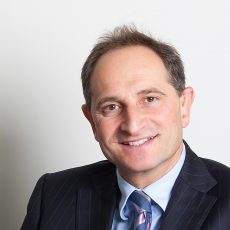 Daniel Gatty: Did you see? You may have missed... 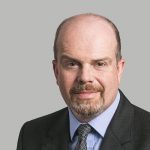 As readers of this newsletter will know, the notoriously problematic Landlord and Tenant Act 1987 gives a right of first refusal to lessees of flats where the landlord wishes to dispose of some or all of its interest in the property that contains the flats. In York House (Chelsea) Ltd v Thompson [2019] EWHC 2203 (Ch), [2019] 3 WLR 727 Zacaroli J. was asked to resolve various issues under the 1987 Act in a case where a husband and wife owned the freehold of a block of flats and, to preserve its development value, granted one or other of themselves leases of various parts of the block and its surroundings at peppercorn rents.

The first issue in the case was whether the grants of those leases were exempt from qualifying as ‘relevant disposals’ that trigger the right of first refusal. The court held that they were. The grant of each lease was exempt as ‘a disposal by way of gift to a member of the landlord’s family’ under s. 4(2) of the Act. That was sufficient to dispose of the tenants’ claim to acquire those leases but Zacaroli J. went on to discuss whether the individual leases would amount to relevant disposals triggering the right of first refusal if he were wrong on the first point.

Some of the leases in question (there were 14) included airspace above or subsoil beneath part of the block of flats. The tenants contended that the airspace and subsoil leases were relevant disposals (if not exempt as gifts to family members). It is on that aspect of the case that this article focuses.

Where the right of first refusal exists, the landlord must serve a notice before making the disposal, or contracting to do so, giving the requisite majority of tenants the right to acquire the interest to be disposed of instead of the proposed purchaser or lessee. If the disposal is made, or an agreement to make it is executed, without the appropriate notice procedure having been followed, the requisite majority of tenants can acquire the interest in question from the purchaser or lessee.

Subject to exclusions for various categories of landlord, Part I of the 1987 Act applies to any premises which (a) consist of the whole or part of a building; and (b) contain two or more flats held by qualifying tenants when (c) the number of flats held by such tenants exceeds 50 per cent of the total number of flats in the premises [s. 1(2)]. A qualifying tenant is any tenancy except (a) a protected shorthold tenancy, (b) a business tenancy to which Part II of the Landlord and Tenant Act 1954 applies, (c) a tenancy terminable on the cessation of employment and (d) an assured tenancy or assured agricultural occupancy [S. 3(1)]. A person or company with tenancies of three or more flats in the premises is excluded from the definition of qualifying tenant. The rights granted by Part I of the 1987 Act can be exercised by the “requisite majority” of qualifying tenants which means more than 50% of the flats let to qualifying tenants [s. 18A].

Hence, a disposal of airspace or subsoil will be a relevant disposal affecting premises to which Part I of the Act applies if the airspace above the building or subsoil beneath it is part of the ‘building’ or ‘part of a building’ which comprises the premises in question, or if is a ‘common part of the premises’. In Denetower Ltd v Toop [1991] 1 WLR 945 the Court of Appeal held that ‘building’ for these purposes includes the appurtenances of the building.

The question whether the grant of an airspace lease was a relevant disposal for the purposes of Part 1 of the 1987 Act arose in Dartmouth Court Blackheath Ltd v Berisworth [2008] EWHC 350 (Ch), [2008] 2 P & CR 3. That case concerned premises comprising a block of 72 flats with a garage block, paths and gardens. The freeholder granted a lease of the airspace above the roof of the block together with some other areas including basement rooms without first serving a notice under Part I of the 1987 Act. The tenants applied to the court for an order entitling them to acquire that lease. One of the issues that had to be determined by Warren J was whether the right of first refusal applied to the airspace above the roof. He held that it did on two alternative grounds. First, he held that the airspace above the roof at least up to the height of the chimneys was appurtenant to and hence within the meaning of ‘building’ as used in the Act because “it is an essential part of the space over which any owner of the Main Building with repairing obligations would need to have adequate rights of access”. Secondly, he said that if his first ground was wrong the airspace was a common part as part of the exterior of the building.

In York House, Zacaroli J. followed Warren J. in Berisworth with regards to the airspace leases. Like Warren J, Zacaroli J. rejected the submission that a disposal of part of the building which is neither a common part nor subject to rights held by qualifying tenants was not a disposal affecting the premises. He held that the appurtenances of a building, which are part of it for the purposes of s. 1 of the Act, includes “areas over which the tenants have rights under their leases and areas which are usually enjoyed with the building, including those to which access is required by the landlord for the purposes of complying with its obligations (owed to the tenants) to repair and maintain the building”. One of the leases granted everything constructed above roof level and 30 meters of airspace above the roof. It was held that the airspace up to chimney height was appurtenant to and hence part of the building (the tenants accepted that airspace above chimney height was not subject to the Act).

So, the grant of leases of airspace up to chimney height and of subsoil would have been relevant disposals if they had not been gifts to family members.

The decisions in Beresford and York House are ones that will repay careful reading by anyone contemplating the grant of leases of airspace above or subsoil below a block of flat with a view to future development.

Parts of this article are taken from Chapter 5 of Daniel’s recent book, A Practical Guide to Rights over Airspace and Subsoil (2019, Law Brief Publishing). 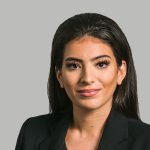 Each month, a member of our property team has to spin ‘the Wheel of Questions’ and answer the first 3 questions that come up. This month, Byroni Kleopa tried her luck with the wheel.

Skydive. Every year I say I’m going to do it for charity but actually it petrifies me! I like to think I’m a daredevil but in reality I’m a complete coward.

My first job was working for Office. Given that I have a phobia of feet, working in a women’s shoe shop was probably not the best idea! But the discounts were great and fuelled my shoe obsession.

I could eat a Yorkshire puddings for breakfast, lunch and dinner. Whether it’s with a roast drowned in gravy or sprinkled with sugar and a spread of jam (trust me you have to try it!), the Yorkshire pud is the most versatile food out there!!

Want to try for yourself?
Click on the wheel below!

Avid readers of this newsletter will know that we have a new Podcast programme. Click here to listen to this and to subscribe.  If you have not already done so, you may find listening to the podcast by Daniel Gatty and Priya Gopal or rights over airspace useful.

To find out more about our Property Team and their work, visit the property page on our website. To view a copy of our privacy statement, please click here.
Menu