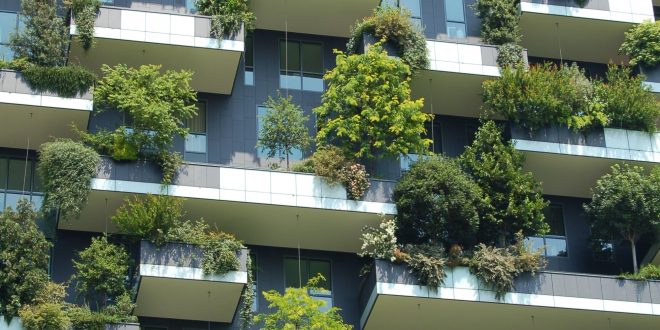 Welcome to the February edition of the Property Newsletter from Hardwicke.

We were pleased this month to welcome Martha Grekos to the Hardwicke property team. Martha is an expert in all aspects of planning law, with a focus on the promotion and implementation of large complex urban regeneration projects and major infrastructure projects, often in the fields of transport and energy. You can read more about Martha here.

Hardwicke has had a real boost at the start of the year with Brie Stevens-Hoare QC winning Barrister of the Year at the Modern Law Awards 2019 and Hardwicke itself being highly commended as Chambers of the Year.

This month, Andy Creer provides an overview of the evidence being considered by the House of Commons Science & Technology Committee in their inquiry into Japanese Knotweed, and I spin the Wheel of Questions. 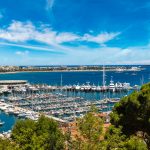 A team of Hardwicke barristers and staff will be at MIPIM in Cannes from 11-15 March 2019. Do get in touch if you or some of your colleagues will be there too and would like to meet up. Click here for more information.

You can also join our Chief Executive, Amanda Illing, for a spot of early morning beach hula hooping! Set yourself up for the challenging day ahead and before your breakfast meetings. The hoopers plan to meet at 7.15am on Wednesday and Thursday (13-14 March) and find a peaceful spot on the beach, opposite Louis Vuitton.

Activity Report - What we have been up to

After enjoying a week off in the first week of January, Clare Anslow has had a busy month in court travelling all over England in a variety of property and housing matters. Her month concluded with a two day multi-track trial before HHJ Luba QC where Clare successfully defended a claim in forfeiture, relying on ex turpi causa non oritur actio in relation to the local authority’s Enforcement Notice against both the lessor and the lessee.

Brie Stevens-Hoare QC is busy with rights of way, dilapidations, unlawful use and sub-lettings followed by forfeiture. She’s also doing a bit of assessment of damages following specific performance of an option relating to agricultural land. As a consequence the month involves trips to Birmingham, Leeds and Manchester – have brief will travel.

This month Jamal Demachkie has been revisiting his old friend, Airbnb: Forfeiting leases for breach of covenant and opposing applications for relief.

Andrew Skelly has had a selection of Japanese Knotweed issues to deal with. One allegation of encroachment from the client’s land onto a neighbour’s land; one claim that Knotweed on neighbouring land, which has not encroached, nevertheless affects his client’s land; and one claim in misrepresentation where a vendor had stated in the Form TA6 that there was no Knotweed, but it later appeared that Knotweed was present. He does not know the collective term for Knotweed cases. Perhaps it is an “encroachment”.

Carl Brewin inspected some Party Wall Act violations, argued some old school adverse possession about a sun trap, and dealt with two TLATA actions. After all that, he thinks he’s ready to take on Sabine Weyand.

Lina Mattsson is having the holiday blues. She spent ten days swimming in the sea and building sand trains (it’s a thing) in Gran Canaria, only to come back to a four-day disrepair trial. She now needs another holiday.

Daniel Gatty had a varied January focused on commercial landlord and tenant – rent review, forfeiture, lease renewal and competing constructions of an agreement for lease have all featured.

And finally, Simon Allison has been back hard at work on his roster of cladding/fire safety cases, acting for freeholders and resident owned management companies looking for ways to address safety concerns in residential blocks caused by the failures of building inspectors, building regulations and the construction industry… 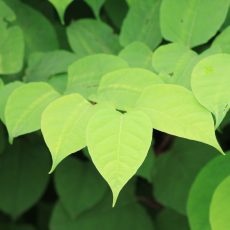 Knotweed: what should the legislators be doing?

On 22 January 2019 the House of Commons Science & Technology Committee (“STC”) held an inquiry into “Japanese knotweed and the built environment”. Having reviewed the materials submitted and watched the STC hearing, Andy Creer provides an overview of the evidence considered by the STC.

The salient facts are as follows. The appellant was the lessee of a studio flat in Whitechapel pursuant to a 999 year lease. The appellant did not live in the flat which was unoccupied. The landlord knew this and the managing agents used the address of her parents’ house for correspondence. Due to an oversight the appellant stopped paying rent and insurance rent in or around 2007.

The respondent landlord obtained default judgment for outstanding rents in 2009 and a possession order in February 2010. The landlord then re-entered the flat on 28 April 2010. Neither of the proceedings were correctly served however, having been sent to the flat which was not the appellant’s usual or last known residence.

The appellant found out about the proceedings in July 2011. She made an application to set aside the possession order and sought relief from forfeiture in October 2011. In the meantime, the landlord was marketing the property for sale, refusing to give an undertaking not to sell. No interim injunction was sought by the appellant and on 15 December 2011, the landlord granted a new long lease of the flat at a premium to a third party who had no knowledge or notice of the appellant’s claim.

The appellant then amended her application notice “to make the claim one of unjust enrichment and to add a claim for damages for conversion of [the appellant’s] possessions in the Property”. By the time of the trial, the trial judge found that the appellant had abandoned the claim for relief against forfeiture and to set aside the possession order. The court held that as the possession order had not been set aside, the unjust enrichment claim failed. The appellant appealed to HHJ Walden-Smith who dismissed the appeal. Permission for a second appeal was given by Patten LJ.

The landlord relied upon the trite proposition that an order of the court has the force of law, and that a step taken in compliance with it is necessarily lawful. Such a step cannot therefore result in “unjust” enrichment unless the order is set aside.

The appellant argued that this general rule was subject to an exception in a case where an order cannot be set aside by reason of intervening third party interests. In such a case, the appellant argued, it should be sufficient to establish that the order would otherwise have been set aside.

The appeal was dismissed.

Each month, a member of our property team has to spin ‘Simon’s Wheel of Questions’ and answer the first three questions that come up. This month, Simon Allison tried his luck with the wheel.

As a keen but not very good cyclist (and someone hopeless at most other sports) it would have to be one of the cycling medals. I suspect given my size, I would be best at the road individual time trial, or the individual sprint on the track. I fear my time has passed to represent Great Britain now, although my 9 year old son is absolutely convinced he will be picked for LA 2028!

Speaking of cycling, I will be riding from John O’Groats to Lands End in May for Cransley Hospice (1050 miles in 10.5 days), so if you want to give me some encouragement you can sponsor me here: www.justgiving.com/JOGLE19

2. Of what are you most afraid?

I do worry about my children endlessly; I suspect all parents do. But I am definitely most afraid of spiders…

Eastenders. I’ve barely missed an episode since 1987. My wife agreed to try watching it with me when she turned 40 recently, but that hasn’t lasted long, although my eldest son is showing promising signs of interest. I actually worked on the show (holding a boom microphone) for a few weeks during my A-levels, having managed to meet a few people when they came to my school to film Michelle Fowler’s graduation. I can report that the Queen Vic is much smaller in real life than it looks on the telly!