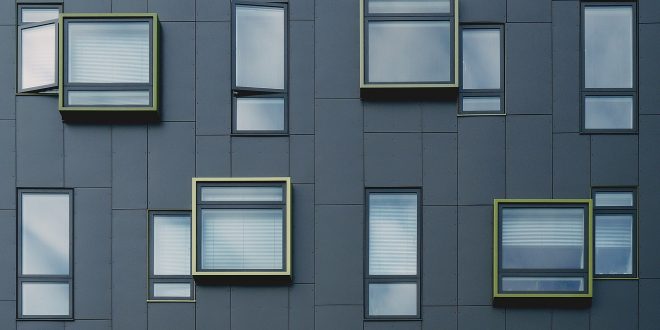 Welcome to the April edition of the Property Newsletter from Hardwicke.

In this month’s edition, Jonathan Titmuss looks at a recent case concerning the way in which liabilities under a lease are to be dealt with during a restructuring / insolvency process, Jamal Demachkie reveals his untruth from last month’s unrobed section, and Ryan Hocking teases us with his three facts, the answers to be revealed next month.

We have a number of further seminars planned over the coming months, it would be lovely if you can join us.

Andy Creer has been trawling through the CPR (during adjournments) trying to persuade a trial judge that, where a Claimant tenders no evidence, it cannot then in closing seek to refer to disclosure in the bundle as, save for documents exhibited to a statement of case, there is no evidence before the Court. The decision has potential ramifications for the preparation of witness statements and trial bundles. She will keep you posted!

Daniel Gatty spent much of March representing a well-known bank in a trial concerning mortgages, trusts and overriding interests.  He also found time to advise about such diverse topics as restrictive covenants affecting an industrial estate and whether an unusually large deposit might be recoverable as a penalty.

Lina Mattsson is in the High Court with Lesley Anderson QC this month arguing about the jurisdiction of the FTT to transfer cases to the County Court and undue influence. She is also advising on Rent Act tenancies and on three different property developments done wrong.

This month Amanda Eilledge has had a mix of boundary disputes and TOLATA claims; with the construction of the special conditions in a contract of sale thrown in for light relief.

John de Waal QC is dealing with the usual mix of dilapidations claims, issues around cladding and problems with purchasers who don’t want to complete their contracts.

Jamal Demachkie has had a busy month, with a trial arguing the age-old lease vs licence distinction, and two trials seeking to forfeit long leases.  He has also been advising on restrictive covenants and prescriptive easements on a two large (proposed) developments.

Brie Stevens-Hoare QC has emerged from nearly a month in trial dealing with knowing receipt and is very much looking forward to the easements, options and restrictive covenants that are awaiting her. Sad but so true.

A mixed March for Simon Allison – defending trespass by adverse possession, advising on the proper construction of a holiday park lease, considering the impact of listed building status on reliance on ground (f), preparing for a forfeiture trial which was adjourned on the day, and dealing with further cladding replacement issues formed some of the highlights.

Steven Woolf secured three more years injunctive protection against trespass and fly-tipping for the Green Spaces of another London Borough as well as preserving a long lease against an aggressive landlord.

Déjà vu for Andrew Skelly. Two trials adjourned off a day or two before the listed dates, due to lack of a judge. Then he found himself once more marvelling at the Courts’ continuing inability to allocate sufficient time to deserving cases, when a summary judgment application (on a £2m claim) with a five-hour time estimate was listed for four hours.  On reviewing the file, on the morning of the hearing, however, the judge decided that the hearing would require two days, and promptly adjourned it off.

Rupert Higgins has been ejecting some squatters who used the Easter weekend to move into a restaurant in the West End which was in the middle of being fitted out.

Having bumped back to reality after MIPIM, Katrina Mather has had a steady run of trials, possession and forfeiture hearings and advisory work. She has particularly enjoyed her successful trial regarding variation of a lease and getting her teeth stuck into a number of restrictive covenant matters.

In addition to the usual diet of pubs as far afield as Truro, Newport (IofW), Great Yarmouth and Yeovil, Monty Palfrey had a good result in a Major Works case in which, following the service of a Statement of Case on behalf of his client, the local authority landlord withdrew its free standing application for dispensation made after an earlier finding that the original s.20 consultation notice had not been served.

Alastair Redpath-Stevens has been advising on matters relating to leasehold enfranchisement, lease construction and parking rights, service and administration charges, as well as responding successfully to an appeal in relation to the construction and application of section 56(3) of the Leasehold Reform, Housing and Urban Development Act 1993. 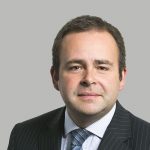 In light of the radically and rapidly changing face of bricks and mortar retail, cases providing guidance on the way in which liabilities are to be dealt with in the course of the restructuring / insolvency process are extremely valuable not only for stakeholders and practitioners dealing with the consequences of those processes but also to those guiding and devising the strategies in the first instance.

Wright and Rowley v Prudential Assurance Company Limited is one such case arising out of the collapse of the British Home Stores (‘BHS’) retailing group in 2016.

The landlord appealed against a judgment in favour of the tenant for recession of a lease and business losses. The judge had found that although the lease did not contain any express obligations in relation to the repairs of the exterior of the premises or the plumbing and electrical installation and supply, it had been the parties’ true intention that the landlord should be responsible for such repairs. The “entire agreement” clause was therefore ousted. The judge held that the landlord had committed a repudiatory breach as to the safety of the electrical installation and that the tenant was entitled to recession and damages.

The Court of Appeal disagreed with the judge’s analysis in respect of entire agreement provisions; it held that (a) the judge’s introduction of a fresh provision based on the parties’ true understandings was more akin to a collateral warranty or contract; (b) the parol evidence rule was that evidence was ordinarily inadmissible to vary or contradict the terms of a written contract; (c) that rule was reinforced by the entire agreement provisions, which ordinarily should be given full force and conclusive effect as an integral part of the parties’ bargain in accordance with its terms. The Court of Appeal however held that there was a plain and obvious gap in the lease in relation to responsibility for the exterior of the premises and its plumbing and electrical installation and supply. To give business efficacy to the lease and to ensure that the lease did not lack commercial or practical coherence, the gap had to be plugged by implying a covenant on the landlord’s part to the effect that the electrical installation and other service media provided was safely installed. Given that the landlord was in breach of the term to be implied, the judge’s decision was to be upheld.

The Court of Appeal allowed the appeal. The court had to consider the objective intention of the person alleged to have abandoned the right of way. A hypothetical servient owner would not have considered that the transfer of the land had any effect on his obligations as servient owner. Further, abandonment was not to be lightly inferred and the fence was not a major obstruction to anyone seeking to use the access way, there was for example no reason why the fence could not have a gate. Further, even a substantial obstruction did not necessarily imply an abandonment. The Court of Appeal further held that if the seller’s property and the land containing the access road were to be reunited, the right of way enjoyed before the transfer would not have been extinguished, but become exercisable for the same purposes as could be exercised before the transfer. 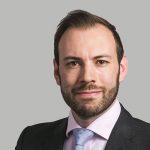 Each month, a member of the Hardwicke property team gives us three facts about themselves. But only two are true. Can you guess which two? Below, Ryan Hocking gives us his three facts – the answers will be revealed next month. But first, Jamal Demachkie explains which fact was false last month: 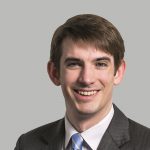 The Property Newsletter is edited by Simon Allison.