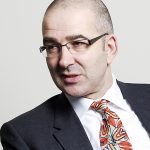 Welcome to the February edition of our Professional Negligence Newsletter.

This edition focuses on professional indemnity insurance. PJ Kirby QC addresses the perils of not being insured from a regulatory standpoint;Sarah McCann looks at the approach taken by the Court in construing exclusion clauses in professional indemnity policies; and Tom Bell focuses on the issue of notification following the decision of Moulder J inEuro Pools Plc v Royal and Sun Alliance Insurance plc [2018] EWHC 46 (Comm).

Finally, the Professional Negligence team’s programme of seminars continues with a seminar on insurance brokers that Tom Bell and Martyn Griffiths will be presenting on 19th April. Please contact Ashley Allen for more details.

Thank you for reading.

Comment: PJ Kirby QC - The perils of not being insured 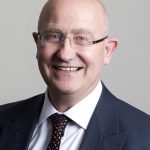 Professional indemnity insurance cover is a requirement of many professions. When bringing a damages claim against any professional an important initial consideration is whether the proposed defendant is insured and whether the level of that insurance will cover the proposed claim. Whilst professional indemnity insurance may be a requirement of the professional body or of a regulator the minimum level of cover may be insufficient for substantial claims. For example so far as solicitors are concerned the minimum level of cover for firms operating on the basis of limited liability is £3m; for other, smaller firms, £2m.

Claims against professionals that exceed the level of cover may have very serious financial consequences for the professional involved. Obviously the ability of most professionals now to operate through a limited liability company or LLP has reduced the exposure of many individual professionals. 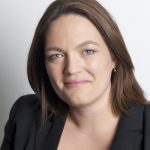 All professionals understand the need to have an indemnity insurance policy in place, both in order to comply with their regulatory obligations (as to which see PJ Kirby QC’s article) and to protect themselves financially from any claim.  However, such protection is only afforded if the policy in fact responds to the claim, which depends in large part upon the nature of any exclusions within the policy.

The Supreme Court considered the correct approach to an exclusion in a solicitors’ professional liability insurance policy recently in Impact Funding Solutions Ltd v Barrington Support Services Ltd [2017] UKSC 67; [2017] AC 73.  Towards the end of last year, the reasoning in that case was applied by the Commercial Court in Crowden v QBE Insurance (Europe) Ltd [2017] EWHC 2597 (Comm); [2018] PNLR 9 in the context of an exclusion in a financial adviser’s professional indemnity policy.  Crowden provides further guidance for practitioners as to the proper method of construing such clauses.

Comment: Tom Bell - It all depends on the circumstances: Notification under professional indemnity insurance 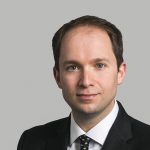 Professional indemnity insurance is a species of ‘claims-made’ insurance. This means that the insurer’s obligation to indemnify is triggered not by the occurrence of a loss (the ascertainment of the insured’s liability to a third party), but by the prior occurrence of a third party making a claim against the insured. The rationale for this is that insured would otherwise struggle to renew cover: if a claim is made in year 1, the insured would have to disclose it to the insurer when renewing for year 2 (the duty of fair presentation under section 3 of the Insurance Act 2015), but the insurer would either refuse to cover the risk or would charge an exorbitant premium for doing so. If, however, the making of the claim against the insured were the trigger for cover, the year 1 policy would respond, and the problem would fall away. 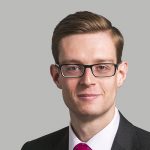 This edition of the Professional Negligence Newsletter was edited by Martyn Griffiths.