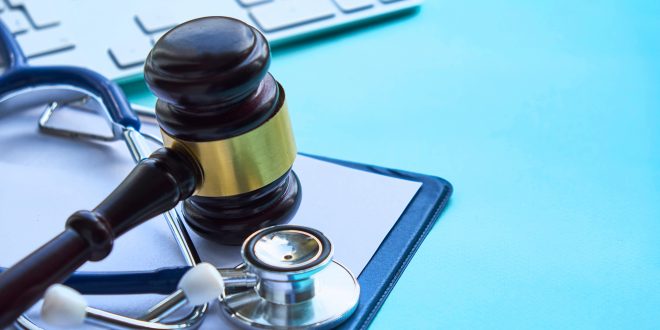 In our Spring 2018 edition we were delighted to pass on the news that in March Charles Bagot QC was appointed as Recorder. On 19 June Charles was sworn in at the Old Bailey. We wish Charles many congratulations and best wishes as he starts sitting.

Over the past 6 months we have been travelling the length and breadth of the country (well almost) to keep the legal world up to date. On 2 April, Charles Bagot QC addressed members of PIBA on developments in PI law at the annual conference in Oxford. Not quite satisfied that everything had been covered, Charles travelled to Brighton, providing an update on law and procedure at the AvMA Annual Conference in Brighton on 29 June.

Jasmine Murphy and Helena Drage took the Civil Liability Bill 2017 by its horns on 10 October, outlining the proposals to whiplash claims as they are currently understood and considering the consequences for Claimants and Defendants alike as part of LexisNexis’ webinar series.

On 15 May Hardwicke hosted the AvMA ‘Representing Families at Inquest: A Practical Guide’ conference where Henry Slack chaired the full-day event and Nye Moloney delivered the coronial law update.

Fundamental dishonesty was the issue of the day on 5 July when Colm Nugent and Jasmine Murphy hosted a seminar discussing litigation life after Sinfield and section 57. The current trajectory of fundamental dishonesty disputes was addressed by Colm on 9 October with a particular focus on brain injury claims when Hardwicke hosted the Brain Injury Group at a day long event.

In July, Colm Nugent and Charles Bagot QC focused on particular challenges in running brain injury cases in a webinar for LexisNexis.

We hope you enjoy this newsletter.

Hardwicke’s new website is now live! Chambers’ CEO, Amanda Illing says “Our new look underlines how far we have travelled as a chambers since the launch of the last site in 2012.  Once again we are leading the way in terms of how barristers can present and differentiate themselves as professional, commercial and innovative in today’s very competitive market.”

Over the coming months we have plenty of dates for your diary.

On 7 November, Colm Nugent will be chairing an evening of ‘Experts & Lawyers – Working better together’ in collaboration with AvMA. As well as chairing a discussion session on best practice, Colm will be unpacking the often mysterious process of hot-tubbing.

On 19 November, Charles Bagot QC will be chairing the PIBA seminar entitled “Building a practice in serious injury work: what Solicitors look for in Counsel”.

On 21 November, Nye Moloney and Helena Drage will be delivering a LexisNexis webinar, giving a roundup of all of the developments in PI law and practice over the past 12 months.

Our team leader, Charles Bagot QC is ranked tier 1 in the PI category. He is “a superb barrister who has the rare skill of having his eye to the future of litigation”.  He is also recommended for Clinical Negligence where it is recorded that he is: ‘Instructed in an increasing number of international injury work that involves cross-border issues.’

Colm Nugent’s “unerring eye for a winner“, Henry Slack‘s “robust advice” and Jasmine Murphy’s “excellent ability to get to the heart of the matter quickly” earned them all a tier 5 ranking in the PI category.

Gemma Witherington, “a rising star and a real fighter“, ranked at tier 5 for PI and ranked tier 1 for Insurance Fraud.

Congratulations also to our lead practice manager, Natasha Devlin-Clingham for her special mention!

As for the team itself, “Hardwicke’s boutique personal injury team handles a wide variety of claims including brain injury, career-ending limb and back injuries, spinal fractures, fatalities and road traffic accidents. Charles Bagot QC who always gets to the heart of the matter, enhanced the team’s strength after taking silk in 2018“.

If you want a lighter take on analysing the legal directories, look no further than Colm Nugent’s helpful “translation” of the sometimes perplexing narrative: Legal 500 2018 update per Colm Nugent.

Given her move into the judiciary, it is also a good thing that Sarah Venn (now Her Honour Judge Venn) is said by Legal 500 to be “a very sensible and commercial decision maker” and ranked at tier 5.

Activity report: what we've been up to

Charles and Jasmine Murphy are acting for Deutsche Lufthansa in relation to a claim by a former male model who is suing the German airline for £7million in lost earnings.  He alleges that a fall at the airport left him with an exacerbated squint. You can read the Daily Mail article here.

Charles has also provided expert reports on various points of English Law and Procedure as an expert witness for a Dutch Court.

He acted for the successful appellant in an appeal concerning the circumstances in which a party is entitled to serve at a defendant’s ‘last known address’ and considering whether a second action amounts to an abuse of process where the claim has previously been brought as a counterclaim to an earlier action but was struck out for the failure to pay the correct court fee: Sajid v Nuur (2018) CLCC 30 July, HHJ Roberts.

In the past month Colm appeared in a Second Appeal to the Court of Appeal on the applicability of the Fixed Costs Regime in MIB claims. The Appeal was compromised immediately upon permission having been granted.   He has recently been instructed on a further Costs Appeal to be heard this week.

His long-running involvement in a negligence action against a paid McKenzie friend continues and he has been instructed in another claim against an expert instructed by the opposing party, for damages arising out of the conduct of that expert. These claims give rise to highly contentious areas such as the duties owed by experts to the party who has not instructed them.

Outside of chambers, Colm took part in the recent ‘Memory Walk’ to raise money for dementia research.

Henry has been dealing with several cases alleging fundamental dishonesty as well as tackling a claim where the defendant is alleging the unusual defence of automatism.

He is also handling an appeal dealing with the twin issues of (i) a judge altering their judgment and (ii) substituting a dismissal of a claim rather than striking it out in circumstances where costs protection under QOCS applies under a dismissal but not a strike out.

As well as the Lufthansa case above, Jasmine recently successfully defended a s.33 Limitation Act 1980 application in a road traffic accident claim where it was alleged in addition that the defendant was estopped from raising a limitation defence.

Gemma appeared in the High Court on behalf of the NHS and successfully struck out a secondary victim claim on the basis that it had no reasonable prospects of success of establishing the control mechanisms to succeed on such a claim. The Judge found that the Claimant was not proximate in space or time to the negligence to the primary victim.

She has also appeared in a variety of successful trials on employers’ liability and public liability matters.

Robert has been acting for insurers in travel sickness claims eliciting evidence during cross examination that has undermined the claimants’ credibility resulting in their claims being dismissed.

He has also been acting on the other side of the fence and has settled both a brain injury case (led by Colm Nugent) at a JSM and a complex clinical negligence case, concerning a failure to carry out spinal surgery, at mediation.

Nye acted in a 2 day multi-party trial of limitation as a preliminary issue. He is being led by a leading QC on behalf of the claimant in a delay in diagnosing cancer case with causation issues relating to material contribution.

Nye was successful in securing a finding of fundamental dishonesty against 3 claimants who falsely alleged that they were wearing seatbelts. He also secured favourable settlements on behalf of claimants in several high value clinical negligence cases.

Over the past six months Helena has been instructed on numerous accident abroad claims. She advised and pleaded a claim relating to an accident in Italy which fell outside of the 1992 Regulations. She was also successful in striking out a claim where the claim similarly fell outside of the 1992 Regulations and the claim in contract failed. In addition, she advised on law and procedure relating to an accident which took place in Zimbabwe where the applicable substantive law was either that of Zimbabwe or South Africa.

Helena advised on a claim involving interesting issues as to the concept of “occupation” under the OLA 1957 and achieved a sum substantial for the Claimant in that case. She has recently been instructed as junior counsel to the Grenfell Tower Inquiry and is working on issues pertaining to the construction and renovation of the Tower. 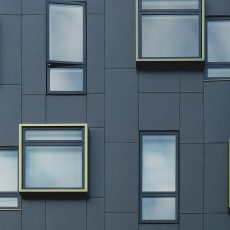 Charles Bagot QC considers HHJ Robert’s Judgment in Sajid v Nuur (2018) CLCC, 30 July in which he acted for the successful appellant. Relating to the CPR 6 rules on service and abuse of process, the Judgment is a useful memory refresher on these topical issues. 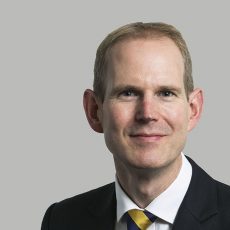 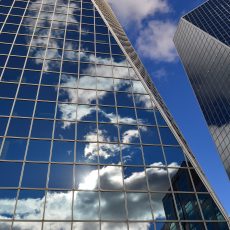 Zombie pleadings and how to kill them

Colm Nugent writes on “Zombie pleadings and how to kill them”: pleadings which go on and on but probably do not disclose a cause of action or defence, and pleadings which may disclose a hint of a claim or defence but it is so overlaid with material that it’s difficult to tell. Colm reminds us of what the rules are and what to do when a zombie lands on your desk. 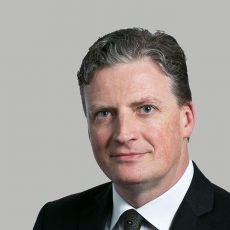 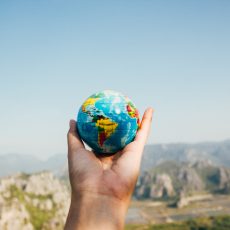 Robert Whittock takes a look at the legal landscape in travel sickness claims post Wood v TUI and provides some helpful guidance in relation to issues of causation. 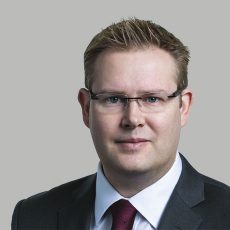 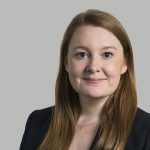 This edition of the Personal Injury and Clinical Negligence Newsletter was edited by Helena Drage.