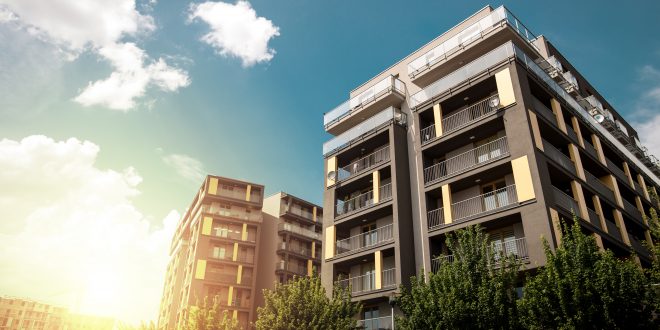 A month before the long-stop date, Mears alleged that there had been breaches to the agreement. The alleged breaches related to clauses 6.2 and 6.2.1 which provided that:

“6.2 – The Landlord shall not make any variations to the Landlord’s Works or Building Documents which…

6.2.1 – materially affect the size (and a reduction of more than 3% of the size of any distinct area shown upon the Building Documents shall be deemed material), layout or appearance of the Property…”

It was Mears’ position that at least one of the student residences had been built more than 3% smaller than the size shown on Building Documents. This was a breach of clause 6.2.1 and according to Mears, prevented the proper certification of practical completion. Mears argued that this meant that it was entitled to terminate the lease, and it sought declarations to that effect at first instance.

Waksman J, sitting in the TCC, found that 56 rooms had been built more than 3% smaller than specified in the Building Documents. However, he refused to grant declarations to the effect that any breach of clause 6.2.1 would entitle Mears to terminate the AFL or that the breaches were defects that precluded certification of practical completion.

Waksman J emphasised that whether a breach of clause 6.2.1 could preclude practical completion was dependent on the facts of each situation. Otherwise, it would be commercially absurd if any breach, no matter how minor, could entitle Mears to terminate the AFL. This is because a minor defect would then enable Mears to leave PNSL to shoulder the costs of constructing two blocks of student accommodation with no rental income available.

Although a party may be trapped in an AFL that contained minor, but irremediable defects, the situation would at least be mitigated by the fact that they would be entitled to damages for breach.

Mears appealed. Its main contention was that any departure from clause 6.2.1 had been deemed to be material. Whether a breach was serious enough to enable termination in relation to the 3% tolerance was not a matter of fact and degree but contractual stipulation. The 3% tolerance was a contractual redline that entitled Mears to terminate the AFL and/or prevented practical completion. It followed that the nature, scope or extent of the failure to comply with 6.2.1 was irrelevant as any departure from it was deemed material.

Construction of the AFL

Coulson LJ, giving the leading judgment of the Court of Appeal, dismissed Mears’ appeal. Whilst he agreed that parties could contractually stipulate whether breach of a particular clause amounted to a substantial or material breach of the contract, he held that this was not what in fact happened here.

“Materiality is introduced only in relation to room size (‘materially affect the size’), and not in relation to the resulting breach. There is nothing in clause 6.2.1 which addresses the character or quality of the breach. The clause simply provides a mechanism by which a breach of contract can be indisputably identified.”

Further, like Waksman J before him, Coulson LJ identified that Mears’ construction was commercially absurd at [42]:

“…if the parties were to be taken to have agreed that any failure to meet the 3% tolerance no matter how trivial, amounted to a material breach of contract, it would lead to a very uncommercial result. It would mean that every room would be the subject of minute measurement and remeasurement, and that one trivial failure to meet the 3% tolerance, allowed Mears to determine the AFL.”

There had been 56 separate failures to achieve the 3% toleration in size reduction and therefore 56 separate breaches of contract. According to Coulson LJ, whether those breaches, taken individually or together, constituted a material breach of contract so as to entitle Mears to terminate the contract, was a matter of fact and degree, not a matter of construction of the AFL. He accordingly rejected Mears’ contention that any breach of clause 6.2.1 was material.

As Coulson LJ pointed out, the argument from clause 6.2.1 no longer followed since that construction was rejected. It was also irrelevant that the defect was irremediable. What mattered for the purposes of practical completion was the seriousness of the defect. As he states at [80]:

The effect of clause 6.2.1 in the AFL was that it deemed a reduction in size of greater than 3% to be a material variation to the works. That was relevant because the landlord was prohibited from making material variations under clause 6.2. The deeming provision was therefore a mechanism for ensuring there was consensus between the parties of when a change counted as a variation. Materiality, here was therefore a pre-condition to breach of contract.

Mears’ construction treated the materiality not as a condition for breach of clause 6.2.1 but as a deemed consequence of any breach to clause 6.2.1. A material breach being one that would entitle Mears to terminate the contract and/or preclude the certification of practical completion.

The Court of Appeal rejected Mears’ construction and it was right to do so. On a plain reading of clause 6.2.1, the reference to materiality was clearly referring to variation on the size of the property rather than to the consequences of breach.

It is worth noting, however, that Coulson LJ did not reject the possibility of Mears’ construction as a matter of law. It is entirely possible for parties to deem a particular clause as a condition in the contract, or that the consequence of breach of that clause would preclude practical completion. But if that option is taken, they should do so clearly so that there is less risk of a dispute as to the proper construction of the clause.