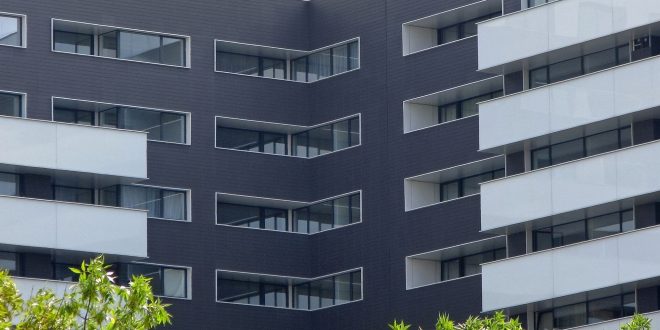 The Claimant, Mears Ltd, managed and provided student housing. In May 2016, Mears entered into an agreement for a lease with PNS relating to two blocks of student accommodation. Under the framework of the agreement PNS would procure the construction of the blocks. Completion of the lease would then take place within 5 days after practical completion. If, however, practical completion did not occur by the long stop date of 11 September 2018, then Mears would be entitled to terminate the lease agreement.

As the project neared completion, a dispute then arose when Mears alleged breaches to the agreement.

The relevant clauses that were allegedly breached in the agreement were clauses 6.2 and 6.2.1which provided that:

“6.2 The Landlord shall not make any variations to the Landlord’s Works or Building Documents which…

6.2.1 materially affect the size (and a reduction of more than 3% of the size of any distinct area shown upon the Building Documents shall be deemed material), layout or appearance of the Property; or…”

It was Mears’ position that at least one of the student residences had been built more than 3% smaller than the size shown on the Planning Documents. That was a breach of clause 6.2.1, and according to Mears, a defect which prevented the certification of practical completion. If so, then Mears would be entitled to terminate the agreement as practical completion would not have occurred by the long stop date.

Mears sought declarations on that basis, having obtained a temporary injunction to prevent the certification of practical completion pending trial. The case then came before Waksman J.

Waksman J granted a declaration that the student residences had been built in breach of clause 6.2.1. He accepted that on a proper construction of the term, the phrase distinct area could refer to the size of each individual room, and that on the facts at least one of the rooms had exceeded a 3% reduction in size.

However, Waksman J refused to grant declarations to the effect that any breach of clause 6.2.1 enabled Mears to terminate the agreement, or that the breaches were defects that precluded the certification of practical completion.

I. Distinction between material variation and seriousness of breach

Although Clause 6.2.1 deemed a reduction in size of more than 3% to be a material variation, Waksman J stressed that the fact such a reduction constituted a material breach did not mean that it was a substantial breach of the contract or substantial defect to the works. The mere fact that the variation was material said nothing about the extent or importance of the breach to the agreement or the works.

There was a distinction between the scale of the variation – for which only a material variation could constitute a breach under the agreement, and the scale of the resultant breach itself – that is, how serious the breach was. Clause 6.2.1 had the effect of deeming a greater than 3% size reduction to be a material variation and therefore a breach, but it did not follow that all breaches gave rise to a right to terminate the agreement.

In contending that any breach of clause 6.2.1 could give rise to a repudiation, Mears was essentially contending that it was a condition of the contract. But Waksman J rejected this, stating:

“I cannot see how one has to interpret this term as meaning that any breach is itself so important that it has the consequence (through the particular mechanism provided for in the AFL) that one way or the other Mears is entitled to terminate. It would mean that one material deviation in respect of one room (for example a bin store) would have that effect. That result seems to me to be so commercially absurd that it cannot be right.”

For those same reasons, he rejected the contention that any breach of clause 6.2.1 would constitute a defect precluding practical completion.

Waksman J also commented on the meaning of practical completion by making a number of general observations:

Applying those principles to the present case it was clear that whilst a breach of clause 6.2.1 could amount to a defect that prevented the certification of practical completion, it did not mean every and any breach was such a defect. The question of whether a defect prevented practical completion was a fact-sensitive one that depended on the circumstances at the time. This was so even if the defect was irremediable.

Waksman J’s decision makes two particularly useful points. First, he makes an important distinction between the extent of a variation and the significance of a defect. The fact that a variation is more than de minimis, did not automatically mean that it was a defect capable of precluding practical completion.

Second, he emphasises the importance of the purpose and intentions behind the construction works. The standard required for practical completion will be different depending on whether a property is meant to be fit for habitation or for some other purpose.

The implication of Waksman J’s decision, however, is that there will be practical completion in instances even where there has been an irremediable defect. It might be thought unfair if Mears were to be trapped into a lease agreement with defects that could not practically be fixed. However, the situation is mitigated by the fact that, as Waksman J points out, there are likely to be remedies sounding in damages for breach of contract.

If a specification in the works does not appear significant at first glance, it may be wise for a party to specify explicitly in the contract that any breach of it would preclude practical certification, or that it is a condition, breach of which would give rise to a right to repudiation. By doing so, potentially difficult questions concerning the construction of the clause, and assessing the significance of breach can be avoided.