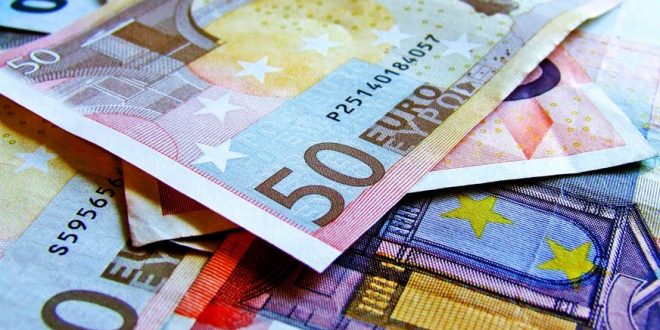 Given the frequency with which sophisticated fraudsters arrange for the sale of properties which they do not own, it is perhaps surprising that the question of who, amongst the professionals involved, bears the risk when it happens has not been considered sooner and more definitively. In 2010 the question came before the Court in Excel Securities PLC v Masood [2010] Lloyds Rep PN 165, but only on a summary judgment application. HHJ Hegarty QC (sitting as a High Court Judge) held that the question of whether a solicitor purporting to act for the owner of a property warranted the identity of his client could not be answered in the abstract, and was not a suitable matter for summary judgment. A warranty of authority is an implied obligation arising as a matter of contract in particular circumstances, so it is not possible to determine the scope of any such warranty without a detailed consideration of the facts. Generally, however, a solicitor’s warranty extends to the fact that he has the authority of the person who has instructed him, but not as to the identity of that person.

Just such a detailed consideration has now been undertaken by the Court of Appeal in the combined appeals of P&P Property Limited v Owen White & Caitlin LLP, and Dreamvar (UK) Limited v Mischcon de Reya [2018] EWCA Civ 1082. Both appeals arose from similar facts, but with crucial differences. In the P&P Property case, an imposter attended the offices of OWC claiming to be the owner of a house in Chiswick which he wished to sell. The solicitor, a Ms Lim, undertook Anti-Money Laundering (AML) checks including inspecting the apparent vendor’s passport, but discrepancies arose as to the vendor’s date of birth and place of residence which were not followed up. In the Dreamvar case, no one from the solicitors ever met the imposter pretending to be the owner of another house in Earls Court, and they acted instead on the basis of a verified copy of a recently issued driving licence and (contrary to the Law Society’s practice note on AML) a television licence.

The trial judge dismissed Dreamvar’s claim for breach of warranty of authority against the vendor’s solicitor in that case, and there was no appeal from that finding. The solicitor at Mishcons had accepted that she did not consider the vendor’s solicitor to be warranting the identity of the vendor, and did not rely on any such warranty. In the P&P Property case, by contrast, it was argued that OWC had warranted that they had the authority of the named person was the true owner of the property, contrary to the tentative conclusion in Excel v Masood that that would not generally be the case. Crucially, however, Ms Lin of OWC had signed the contract on her client’s behalf, placing her signature above the words ‘on behalf of the Seller’. Since ‘Seller’ was a defined term under the contract and referred to the named person who was the real owner of the property, the Court of Appeal held that as a matter of contractual construction Ms Lin was warranting that she had the authority of the real owner, and not merely of the person from whom she was taking instructions. Absent that fact, the Court acknowledged, there might have been contextual considerations which would have pointed the other way.

Although the breach of warranty of authority was therefore established, the claim founded upon it failed. This was because, perhaps curiously, the Court endorsed the finding of the trial judge that P&P had not relied upon the warranty. The witness statements of the director of P&P had made no reference to his having relied on Ms Lin’s signature ‘on behalf of the Seller’, and under cross-examination he said that he had relied only on OWC having done all the correct due diligence. It might be thought that there was a degree of sophistry here. No doubt Ms Lin’s signature and the statement of her agency was part of a package of information which induced P&P to believe that they were dealing with the true owner of the property, and were safe to proceed, so the failure to pick it out in evidence and identify it as the defining piece of reassurance seems unfair.

Nevertheless both P&P’s claim, and that of Dreamvar in the parallel case, still succeeded, not on the breach of warranty argument, but on the basis of breach of trust. The ultimate question the Court had to decide was whether at the point when the purchase money is released by the vendor’s solicitor to his fraudulent client, the solicitor has the authority of the purchaser to make that payment even if the transaction is not a genuine sale.

It was common ground that in both cases the transaction was not just voidable but void ab initio. On their true construction, both contracts were agreements made between the purchaser and the real owner of the property named in each document, not the imposter. The absence of any knowledge or consent on the part of the real owner therefore rendered the contracts a nullity: there was never any meeting of minds between the true contracting parties (Shogun Finance v Hudson [2004] 1 AC 919). And since there was no agreement, there could be no ‘completion’ within the meaning of the Law Society’s Code for Completion by Post.

It is well established that in a conveyancing transaction the vendor’s solicitor holds the purchase money on bare trust for the purchaser pending completion. The inexorable logic of there being no agreement, and no completion, means that when the vendor’s solicitor releases those funds to his imposter client in the erroneous belief that a genuine transaction has occurred, he must be acting in breach of trust. Whether he can find relief from the consequences of that breach under s.61 Trustee Act 1925 will depend on whether he acted honestly and reasonably, and whether he ought fairly to be excused. Although reasonableness does not mean perfection, Ms Lin’s failure to explore the discrepancies in her client’s documentation meant that OWC were not so excused, and the vendor’s solicitors in the Dreamvar case did not even seek the relief.