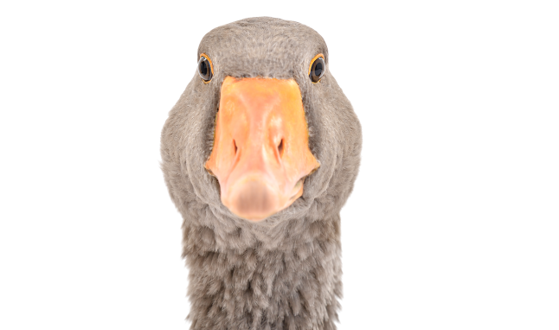 On 5 March 2020 the Court of Appeal handed down judgment in Canada Goose UK Retail Ltd v Person Unknown [2020] EWCA Civ 303.  The case concerned protests at the claimant’s Regent Street shop against the brand’s use of animal fur and down.  But the Court of Appeal gave wide and authoritative guidance in relation to claims for injunctions against un-named defendants (‘persons unknown.’)

The claimant obtained an interim injunction, and subsequently applied for final relief by way of summary judgment.  At first instance before Nicklin J the application failed, both because the claim form had not actually been served on any defendant and on the merits.  The interim injunctions were also discharged, following the principles set out by the Supreme Court in Cameron v Liverpool Insurance Co Ltd [2019] UKSC 6 and the Court of Appeal in Ineos Upstream Ltd v Persons Unknown [2019] EWCA Civ 515.  The claimant’s appeal to the Court of Appeal failed.

The single judgment given by Sir Terence Etherton MR and David Richards and Coulson LJJ is very useful.

First, it clarifies when claims can be brought against persons unknown, contrary to the general rule that proceedings should be brought against named parties.  For example, claims cannot be brought against defendants who are both anonymous and not identifiable, such as hit and run drivers: serving a claim against anonymous, unidentifiable defendants is conceptually impossible.  The first exception is for anonymous, identifiable defendants, such as squatters.  These must be described in “a way that makes it possible in principle to locate or communicate with him and to know without further enquiry whether he is the same as the person described in the form” (para 60).  The second exception is for “people who will or are highly likely in the future to commit an unlawful civil wrong, against whom a quia timet injunction is sought” (para 63).  These people might be said to be unidentifiable unless and until they become identifiable through their future actions, although they may still be anonymous.  The Court of Appeal termed these defendants “newcomers.”

Second, the Court of Appeal continued the development of the law on interim quia timet injunctions against persons unknown.  This is the latest development, following Longmore LJ’s “tentative” six principles in Ineos at para 34, and David Richards and Leggatt LJJ’s qualification of the fourth and fifth of those principles in Cuadrilla Bowland Limited v Persons Unknown [2020] EWCA Civ 9.  The Court of Appeal in Canada Goose approved the Cuadrilla qualification to the fourth Ineos principle: whereas under Ineos the position was that “the terms of injunctive relief should not be so wide as to “prohibit lawful conduct,” the position now is that “the court may prohibit lawful conduct where there is no other proportionate means of protecting the claimant’s rights”(para 78).  As to the fifth Ineos principle Canada Goose upholds the obiter view in Cuadrilla: in principle it is not objectionable to include reference to the defendant’s subjective intention so long as “non-technical language” is used that the defendant can understand and that is capable of proof.   That said, it is better not to refer to subjective intention if it can be avoided, for example by “reference to the effect of an action of the defendant rather than the intention with which it was done” (para 81).

Third, Canada Goose sets out seven procedural guidelines applicable to any application for an interim injunction against persons unknown in protest cases (para 82).

(2)  The “persons unknown” must be defined in the [claim form] by reference to their conduct which is alleged to be unlawful.

(3)  Interim injunctive relief may only be granted if there is a sufficiently real and imminent risk of a tort being committed to justify quia timet relief.

(4)  As in the case of the [claim form] itself, the defendants [who are intended to be] subject to the interim injunction must be individually named if known and identified or, if not and described as “persons unknown”, must be capable of being identified and served with the order, if necessary by alternative service, the method of which must be set out in the order.

(5)  The prohibited acts must correspond to the threatened tort [that the claimant relies upon]. They may include lawful conduct if, and only to the extent that, there is no other proportionate means of protecting the claimant’s rights.

(6)  The terms of the injunction must be sufficiently clear and precise as to enable persons potentially affected to know what they must not do. The prohibited acts must not, therefore, be described in terms of a legal cause of action, such as trespass or harassment or nuisance. They may be defined by reference to the defendant’s intention if that is strictly necessary to correspond to the threatened tort and done in non-technical language which a defendant is capable of understanding and the intention is capable of proof without undue complexity. It is better practice, however, to formulate the injunction without reference to intention if the prohibited tortious act can be described in ordinary language without doing so.

(7)  The interim injunction should have clear geographical and temporal limits. It must be time limited because it is an interim and not a final injunction.”

Fourth, and perhaps most importantly, the Court of Appeal held that final injunctive relief cannot be granted against newcomers who have not by that time committed the prohibited act, applying the principles from Attorney- General v Times Newspapers Ltd [1992] 1 AC 191, 224.  Save in so-called ‘exceptional’ cases where injunctions are granted against the whole world final relief can only be granted against identifiable persons unknown (para 90).  Protests, the Court of Appeal held, do not count as exceptional.  This finding will come as some surprise against the backdrop of Vastint Leeds BV v Persons Unknown [2018] EWHC 2456 (Ch).  That said, as the Court of Appeal noted, Vastint was a first instance decision prior to Ineos and Cameron and did not refer to Times.  It seems likely that the Court of Appeal’s view on this issue will be an obstacle for those who seek to obtain effective, preventative relief against newcomers.  The applicant will have to decide between seeking perpetual (or successive) interim injunctions, or a final injunction against only those defendants who have committed the relevant unlawful by the time of the final order.

Fifth, the court ended by noting how difficult it is to solve the protestor problem through private law remedies (para 93).

”Canada Goose’s problem is that it seeks to invoke the civil jurisdiction of the courts as a means of permanently controlling ongoing public demonstrations by a continually fluctuating body of protesters. It wishes to use remedies in private litigation in effect to prevent what is sees as public disorder. Private law remedies are not well suited to such a task. As the present case shows, what are appropriate permanent controls on such demonstrations involve complex considerations of private rights, civil liberties, public expectations and local authority policies. Those affected are not confined to Canada Goose, its customers and suppliers and protesters. They include, most graphically in the case of an exclusion zone, the impact on neighbouring properties and businesses, local residents, workers and shoppers. It is notable that the powers conferred by Parliament on local authorities … require the local authority to take into account various matters, including rights of freedom of assembly and expression, and to carry out extensive consultation […]. The civil justice process is a far blunter instrument intended to resolve disputes between parties to litigation, who have had a fair opportunity to participate in it.”

The Court of Appeal’s judgment contains a useful clarification of the law on preventative injunctions, which have been the subject of so much recent litigation.  Of particular note are the procedural guidelines set down and the finding that final relief is not available against newcomers.

It is not yet clear whether the claimant will try to pursue this matter to the Supreme Court and it seems unlikely that this will be the final word on protest case in any event.  Until then the Court of Appeal’s guidance in Canada Goose is golden.

Members of Hardwicke have been centrally involved in the development of the law in this area (eg Brie Stephens-Hoare QC acted in the Vastint case mentioned above).  Steven Woolf has also written a series of articles relating to his development of so called “green space” injunctions which you can see linked to his profile.  Brie Stevens-Hoare QC, Steven Woolf, Emily Betts and Jack Dillon all recently provided a seminar on preventative injunctions.