Home > Justice delayed might be justice denied… but for which side? A look at Nigeria v Process & Industrial Developments 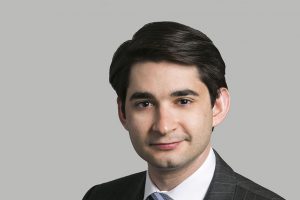 Justice delayed might be justice denied… but for which side? A look at Nigeria v Process & Industrial Developments 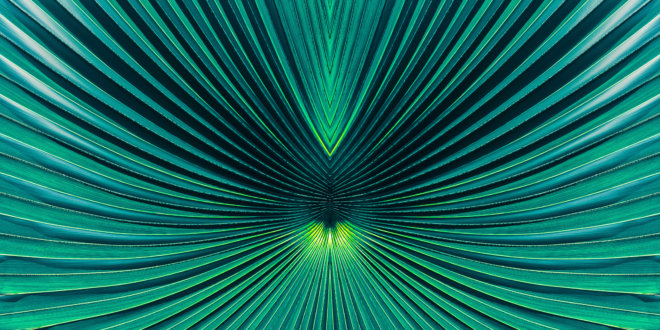 Last month, Sir Ross Cranston handed down judgment in The Federal Republic of Nigeria v Process & Industrial Developments [2020] EWHC 2379 (Comm), marking the latest stage in what has proved a notoriously long-running dispute since arbitration between the parties was first commenced in 2012.

The Original Proceedings and Subsequent Challenge

In brief, the original proceedings concerned a claim brought by Process & Industrial Developments (‘P&ID’), an engineering company founded to refine natural gas for onward supply to help power Nigeria’s national electrical grid. P&ID alleged that the Nigerian government had failed to provide its processing plant with the unrefined natural gas, amounting to a repudiation of the parties’ gas processing contract and causing P&ID colossal losses. In July 2015 (following the hearing on liability), the arbitral tribunal found that the Nigerian government had repudiated the contract and in January 2017 assessed P&ID’s lost profits in the sum of $6.6 billion.

The Nigerian government failed to pay the award, leading P&ID to obtain an enforcement order from the English Commercial Court in March 2018. It was not until December 2019 that Nigeria applied for an extension of time to challenge the award pursuant to sections 67 (jurisdiction) and 68(2)(g) (serious irregularity, including fraud) of the Arbitration Act 1996, despite such challenges usually being time-barred after only 28 days. The crux of Nigeria’s argument in support of an extension was that P&ID had perpetrated a massive fraud both before and during the arbitration, including bribes to Nigerian officials, perjured evidence and dishonesty on the part of Nigeria’s own counsel during the proceedings. Nigeria argued that it was unaware of such fraud at any time during the proceedings, and that the tribunal’s award was tainted.

In September 2020, Cranston J granted Nigeria’s application on the basis that, inter alia, notwithstanding the unprecedented length of its delay in seeking to challenge the award—a staggering 4½ years since the ruling on liability—Nigeria had established (i) a prima facie case for P&ID’s fraudulent conduct; (ii) it had not failed to investigate the fraud with reasonable diligence; and (iii) the principle of fairness ultimately outweighed considerations of (even extreme) delay and finality to proceedings.

In addition to the importance of the infrastructure project at the heart of the dispute and the enormous sums at stake, the judgment warrants careful consideration insofar as it leaves the door ajar (if not pushing it wide open) for aggrieved parties to relitigate arbitral claims on the basis of unfairness, even if such complaints are not raised until several years after an award is made. In particular, it is worth considering the Court’s analysis of the effects of unprecedented delay and an aggrieved party’s duty to investigate suspected fraud.

The judge readily accepted that the length of Nigeria’s delay in applying for an extension of time was unprecedented and weighed heavily in favour of refusing relief. This was especially so since the seriousness of the delay was to be measured against the yardstick of the 28-day time limit provided by the Arbitration Act (see, eg, Popplewell J in Terna Bahrain Holding Company WLL v Bin Kamil Al Shamsi [2012] EWHC 3283 (Comm) at [28]). In other words, even a delay of a few days could be significant. Even so, he was at some pains to discount the arguments advanced by P&ID’s counsel that a delay of such exceptional length would necessarily result in irremediable prejudice to the winner at first instance.

In the words of Cranston J:

“It seems to me that, where a party has a strong prima facie case of fraud, there can be no prejudice to the respondent in being subject to a full inquiry into the fraud at trial. As Mr Howard expressed it, an award that is liable to be set aside as having been procured by fraud is, in legal terms, worthless.”

The author respectfully begs to differ, or at the very least suggests that the learned judge understated the potential prejudice faced by the respondent (ie, P&ID). Arbitration is an adversarial process in which each side pursues its own interests which, if successful, almost always give rise to prejudice for the other (losing) side. It is worth bearing in mind that the prejudice referred to by the judge concerned a provisional finding of fraud—that is to say, in the absence of a full investigation into the alleged fraud at trial, he was unable to determine as a fact whether P&ID had acted unlawfully. In other words, despite having been successful in an exhaustive arbitral process designed to bring finality to the dispute, P&ID was not entitled to any benefit of the doubt at a post-arbitration interim hearing concerning as yet unproven allegations by Nigeria.

Furthermore, the suggestion that P&ID would face no prejudice ignores the economic realities of the situation—namely, that it already had fought a costly and long-running arbitration in which it obtained a favourable award, yet which remained unpaid for years, including even after its successful enforcement proceedings in the Commercial Court. This is to say nothing of the further hardship faced by delaying payment and/or the final resolution of the dispute until the close of another set of time-consuming and expensive proceedings such as a fraud trial, which itself could be subject to appeal (and all the while the relevant evidence becoming increasingly stale). One might conclude, therefore, that the prejudice faced by a cash-strapped company kept out of substantial funds for an indefinitely long period is itself significant, if not irremediable.

These sorts of considerations have long been taken into account by the courts (see, eg, Mance LJ in Nagusina Naviera v Allied Maritime Inc [2002] EWCA Civ 1147 at [42] and Colman J in Aoot Kalmneft v Glencore International AG [2002] 1 Lloyd’s Rep 128 at [52]), tempering the maxim that ‘fraud unravels all’—at least in circumstances where doing so undermines the finality of proceedings and those statutory time limits within which the courts can review them. It could be argued that the importance of finality is especially acute in the context of arbitrations, where the time limit for challenge is a deliberately-stringent 28 days.

Another interesting aspect of the judgment is the extent to which Nigeria was obliged to investigate its suspicions of P&ID’s fraud. Of importance to the judge was Longmore LJ’s attempt in Kazakhstan Kagazy plc v Arip [2014] EWCA Civ 381 to distinguish between a party’s suspicion of fraud by an opponent and its being in a position where it ought to have been aware of it. The dividing line between these two states of mind is blurred at best, and it is perhaps unfortunate that the Court did not take this most recent opportunity to clarify the same.

The distinction was further blurred by section 73(1) of the Arbitration Act, which requires any party objecting to proceedings (including on the basis of irregularities) to be able to demonstrate that ‘he did not know and could not with reasonable diligence have discovered the grounds for the objection’. To further complicate matters, both parties relied on the Supreme Court decision in Takhar v Gracefield Developments Ltd [2019] UKSC 13, in which Lord Kerr (with whom the majority agreed) held that a party seeking to set aside a judgment on the grounds of fraud did not need to show that evidence of the fraud could not be uncovered prior to obtaining judgment. According to Lord Kerr, the practical effect of this was the removal of a requirement for reasonable diligence.

Despite Nigeria’s extraordinary delay, one can understand the Court’s inclination to sympathise with its position. If, as the Nigerian government alleged, it had been the victim of an elaborate fraud concerning not only P&ID’s bribery of officials but also its ability to perform the contract (Nigeria argued that P&ID gave perjured evidence during the arbitration that it had completed most of the engineering design work and had secured project financing), then its inability to challenge the arbitral award would have drained the government’s coffers of $10 billion (taking into account years of interest)—an immense sum of money which instead should have been spent on improving the country’s power grid.

That said, the Court’s willingness to do justice in the individual case may foment unintended (and unwelcome) consequences in others. Parties which have lost in arbitration and desperate to avoid complying with adverse awards (the larger the award, the greater their desperation) will be emboldened by this decision to go to greater lengths than before in order to dredge up grounds for challenging unfavourable awards. In circumstances where the grounds for challenge may not be discovered until years after the end of proceedings, one cannot help but ask in the wake of this decision if the principle of finality as enshrined in the Arbitration Act has moved one step closer to becoming an endangered species.