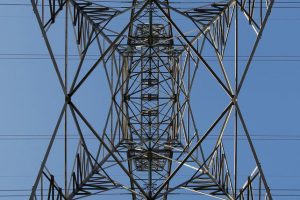 Jurisdiction of the court as well as the adjudicator under scrutiny

One decision that caught my eye recently is Flexidig Ltd v M&M Contractors (Europe) Ltd, mainly because it contains – as all good adjudication enforcement decisions should do – an interesting collection of attempted challenges to enforcement.

To cut to the chase, Waksman J was asked by a contractor, Flexidig, to enforce an adjudicator’s decision ordering payment against its employer, M&M. Flexidig had been appointed by M&M to carry out civil works associated with the installation of new Virgin Media underground infrastructure in Lough, Lincolnshire.

M&M sought to defend the summary judgment application in various ways, including a couple of jurisdictional challenges. One was based on the allegation that the referral was served late, another on the basis that the adjudicator had no jurisdiction to make a positive award (which he had done) basically because he wasn’t asked to and, going for the hat-trick, a bonus allegation of a breach of natural justice. These issues will no doubt be picked up and discussed by our resident blogger-adjudicators, so I shan’t comment further.

However, in addition to all the standard stuff, M&M sought to argue that it was not only the adjudicators that lacked jurisdiction, but also the court.

M&M is a company incorporated in Northern Ireland, and the contract entered into between the parties contained a clause that was described as dealing with “Governing Law”, but which dealt with both governing law and jurisdiction, as follows:

“The subcontract is subject to the laws of Northern Ireland and the parties agree to submit to the jurisdiction of the Northern Irish courts.”

The judge noted that it was common ground between the parties that that was a non-exclusive jurisdiction clause. Their reasoning is not set out, but presumably it was accepted that, if the Northern Irish courts were intended to have exclusive jurisdiction, then the clause would have said precisely that in terms.

Importantly, of course, where the adjudication itself is concerned, sections 104(6) and (7) of the Construction Act 1996 make clear that Part II of the Act applies to construction contracts that relate to construction operations carried out in England, Wales and Scotland whether or not the law of any of those countries  is otherwise the applicable law in relation to the contract.

Basically, give or take the odd reliance on the residential occupier exception, if construction works are done here, you get a right to adjudicate.

Although not a part of section 108 that I confess I have thought about very much in the past, section 108(6) of the Act goes on to say that:

“For England and Wales, the Scheme may apply the provisions of the Arbitration Act 1996 with such adaptations and modifications as appear to the Minister making the scheme to be appropriate.

For Scotland, the Scheme may include provision conferring powers on courts in relation to adjudication and provision relating to the enforcement of the adjudicator’s decision.”

However, in fact, the Scheme for Construction Contracts 1998 does not make any comment on how an adjudication is to be enforced. As we know, the procedure is governed by TCC jurisprudence and rules, where parties will invariably enforce a decision by way of summary judgment.

Therefore, although a party will almost always have a right to adjudicate, it might happen that they could oust their right to have that decision enforced in the English courts. Indeed, jurisdiction agreements can be incorporated by reference and, in particular, by reference to standard terms and conditions, so it would be wise to ensure that parties have checked this sometime overlooked clause when signing the contract. It would be interesting to imagine what some other jurisdictions might make of adjudication and the enforcement of temporarily binding decisions, even if they are decisions to which the parties have agreed to be bound.

Did the English court have jurisdiction?

The judge disposed of all issues fairly swiftly.

He found that although the existence of proceedings concerning the same claim would be fatal to attempted service under CPR 6.32 (court’s permission not required), that was only one factor to be taken into account if the court was exercising its discretion under CPR 6.37 (permission required) to decide whether “England and Wales is the proper place in which to bring the claim”.

The judge was also required to decide whether he should order that service should be permitted by alternative means, under CPR 6.15, insofar as Flexidig had initially attempted to effect service by email, only latterly sending a sealed set of pleadings by post.

By the time everyone got to the hearing, the judge had in fact heard all of the parties’ evidence and arguments and there were, as he put it, no further steps to take in the litigation for him to dispose of the issues between the parties. Although M&M had needed to instruct an English lawyer rather their usual Northern Irish lawyers, he found that no real inconvenience had been caused by that fact. After all, everyone was there before him.

Waksman J was happy to find that England was clearly the proper place to bring the claim and noted that:

“The purpose of service of proceedings, quite obviously, was to bring proceedings to the notice of a defendant. It was not about playing technical games. There was no doubt on the evidence that the defendant is fully aware of the proceedings and of the seriousness of the allegations.”

Therefore, he said there was good reason to permit alternative service:

“Where in effect there had been substantial compliance, as here, [the rules of service] must not be used, or rather, abused so as to gain some wholly undeserved tactical advantage for the defendant. That is what would happen here if I did not permit alternative service.”

Therefore, the (non-adjudication) jurisdictional challenge ended up being ranked as yet another desperate attempt by a disgruntled party to seek to get out of paying an adjudicator’s decision.

The is perhaps harsh given the amount of work Waksman J had to do in order to rectify all of Flexidig’s various failures to comply with the rules of service. However, the decision demonstrates that, in line with general principles underlying adjudication (dating back from Macob v Morrison), the courts are keen, wherever the issues arises, to find that England is the correct jurisdiction and that service has been effected, so as to allow enforcement to proceed.

It’s worth commenting that this judgment won’t be of much assistance if you need to serve on an EU Member State. The Service Regulation, which sets out how service can be effected between member states, is a complete code. Therefore, if you cannot serve in line with the Service Regulation, you cannot serve at all (although that narrow rule does not apply to service between intra-UK countries).

The case of Aesfa Yesuf v AP Moller-Maersk is authority for the proposition that national rules deeming or declaring as valid steps taken to serve a judicial document outside the methods in the Service Regulation, are inconsistent with the Regulation, along with the Regulation’s direct effect, meaning that CPR 3.10, 6.15 and 6.16 cannot be used by the court to approve alternative service.

Therefore, at least for the time being – while COVID-19 restrictions are in place (at the time of writing the Foreign Process Office is closed) and the post-Brexit transitional provisions of the Service Regulation prevail – enforcing adjudicator’s decisions against companies domiciled in other EU Member States can’t even be helped along by Waksman J’s decision in Flexidig.