Jurisdiction in Matters of Insurance: Part 2 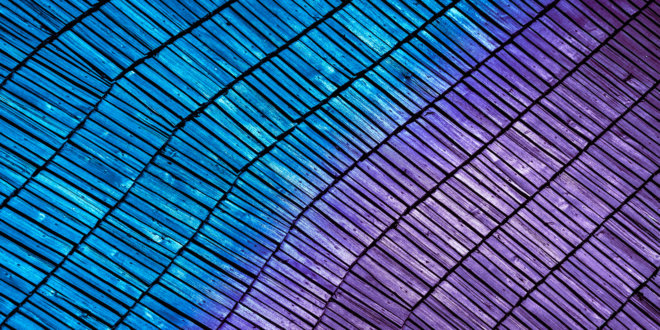 This case concerned the application of the Brussels Recast Regulation (‘BRB’) to a hull and machinery risks insurance policy containing an exclusive jurisdiction clause in favour of England and Wales. The policy was taken out for a marine vessel by its owners and managers and was underwritten by the Appellants (‘the Insurers’). The Respondent (‘the Bank’) was both (i) beneficiary of the policy as mortgage of the insured vessel, and (ii) the assignee of the owners and managers’ rights under the policy. After the vessel sank, the Insurers paid out under the policy to the Bank, but subsequently sought damages/restitution on the basis of the owner’s fraudulent conduct in scuttling the vessel. Fuller details of the background may be found in Part 1 of this article.

The Issues on Appeal

Part 2 of our article considers the second and third of three issues determined by the Supreme Court:

(i) Are the Insurers’ claims against the Bank “matters relating to insurance” within Chapter II, section 3 of the Regulation?

(ii) If the answer to (ii) is yes, is the Bank entitled to rely on section 3 by virtue of it falling within a class of persons who are entitled to the protection afforded by that section?

Lord Hodge (with whom the other six Justices of the Supreme Court agreed) began by noting that the Regulation seeks to set out rules which are highly predictable. Such predictability is founded on the principle that jurisdiction is generally based on the defendant’s domicile: the basic rule, set out in Article 4, is that persons domiciled in a member state shall, whatever their nationality, be sued in the courts of that member state. Article 5(1) then provides that persons domiciled in a member state may only be sued in the courts of another member state pursuant to the rules set out in sections 2-7 of Chapter II.

“… an insurer may bring proceedings only in the courts of the member state in which the defendant is domiciled, irrespective of whether he is the policyholder, the insured or a beneficiary.”

Recital 18, however, states that:

“In relation to insurance, consumer and employment contracts, the weaker party should be protected by rules of jurisdiction more favourable to his interests than the general rules.”

Issue 2: “Matters Relating to Insurance” under Section 3 of the Regulation

Furthermore, the scheme of section 3 is concerned with the rights, not only of the parties to an insurance contract (the insurer and policyholder) but also third parties, such as the beneficiary of insurance and injured parties.

Issue 3: the Bank’s Entitlement to Rely on Section 3

Both the Court of Appeal and High Court held that, given the Bank was not a ‘weaker party’ as envisioned by recital 18, it was not entitled to rely on the exclusive jurisdiction conferred on the member state of its domicile (the Netherlands) pursuant to Article 14(1).

(1) Article 14 protects the policyholder, the insured and the beneficiary of an insurance policy because they are generally the weaker party vis-à-vis the insurance company, presented as a matter of course with a standard form contract;

(2) Whilst Recital 18 explains the policy behind section 3 of the Regulation, it is the words of the relevant articles which have legal effect and to which the recitals are simply an interpretative aid;

(3) Derogations from the jurisdictional rules in matters of insurance must be interpreted strictly.

(4) The CJEU in its jurisprudence treats all who fall in the categories of policyholder, insured, or beneficiary as protected (unless the Regulation explicitly provides otherwise); and has ‘turned its face’ against a case analysis of the parties’ bargaining power on the basis that this would militate against legal certainty.

(5) The CJEU has recourse to Recital 18 in the context of determining whether the protections of section 3 are to apply by analogy to persons who do not fall within the three categories of expressly protected persons; Recital 18 does not operate so as to provide guidance when deciding whether a particular policyholder, insured or beneficiary should be so protected.

(6) The policy underpinning the jurisprudence of the CJEU when it decides whether to extend the protection to persons not expressly mentioned in section 3 is to uphold the general rule in article 4 that defendants should be sued in the courts of the member state of their domicile; extensions to the protection of section 3 is only permitted if consistent with the policy of protecting the weaker party.

Lord Hodge further considered that, given the test laid down in CILFIT Srl v Ministero della Sanita (Case 283/81) [1982] ECR 3415, para 21, it is acte clair (i.e. reasonably clear and free from doubt) that a person which is correctly categorised as a policyholder, insured or beneficiary is entitled to the protection of section 3 of the Regulation, whatever its economic power relative to the insurer.

Applying these principles to the present appeal, the Bank was a beneficiary of the Policy (as the named loss payee) and therefore entitled to benefit from the protections of section 3. As these included the requirement under Art 14 that it must be sued in the courts of the member state of its domicile, the Supreme Court held that the English Courts had no jurisdiction in respect of the Insurer’s claims against the Bank

There are several key points to note regarding jurisdiction in matters relating to insurance under the Brussels Recast Regulation.

First: Section 3 of the BRB applies broadly to insurance matters and is not limited to disputes arising from an insurance contract.

Second: a policyholder, beneficiary, and the insured will always benefit from the protection of Art 14 in a claim brought by an insurer. Recital 18 is inapplicable to these three persons, and it is (perhaps slightly counterintuitively) irrelevant if a person falling within these categories is economically equal to the insurer.

Third: Beyond these three categories of persons, the protections offered by Art 14 may be extended to other persons; in which case, the court will take guidance from Recital 18 in deciding whether to do so or not. It is clear that the court will also consider factors such as negotiating power and the acceptance of a standard-form contract.