JSM Construction Ltd v Western Power Distribution (West Midlands) plc [2020] EWHC 3583 (TCC): Is there a need for a provision for a final account? 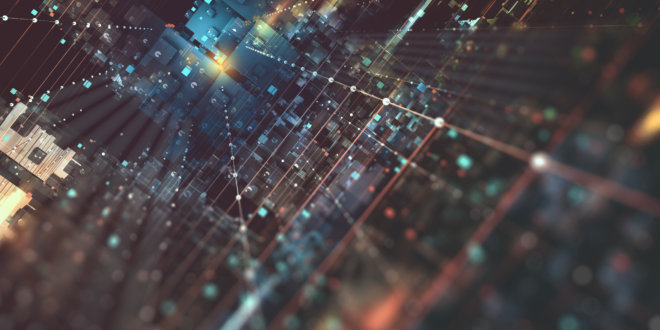 Whilst the application ultimately failed, the decision nonetheless provides useful judicial commentary on implied terms under section 110 of the Housing Grants, Construction & Regeneration Act 1996. When assessing the adequacy of the payment mechanism under the contract, the court are required to exercise a value judgment by looking holistically at the payment provisions. The question to consider is not one of formality, but rather substance, to ensure contractual freedom whilst promoting cash flow in projects.

By a contract dated 24 October 2016, JSM Construction Limited (“JSM”) agreed to install two cables and associated ductwork for Western Power Distribution (West Midlands) plc (“Western Power”). The works were completed and, by this action, JSM claimed the sum of the alleged final balance. JSM also pleaded that the works were disrupted by unforeseen obstructions and conditions by reason of Western Power’s failure to procure or carry out adequate ground investigations. As such, it alleged that Western Power’s design of the works was incomplete and incorrect, and so damages were claimed.

Western Power stated that JSM’s claim is not arguable because JSM’s contractual entitlement was only to a series of interim payments. The contract recorded that interim payments would apply but provided no further details as to a final payment. Western Power therefore sought to strike-out the claim or alternatively enter summary judgment against JSM.

Thus, the sole issue for this application was whether or not there was an implied term pursuant to s.110 of the Housing Grants, Construction & Regeneration Act 1996 (“Act”)?

Every construction contract shall-

If or to the extent that a contract does not contain such provision as is mentioned in sub-section (1), the relevant provisions of the Scheme for Construction Contracts apply (“the Scheme”).

Western Power argued that the contract was a lump-sum contract under which JSM’s entitlement was to raise interim monthly invoices. The absence of a term entitling JSM to raise a final account did not render the payment regime inadequate within the meaning of s.110 of the Act such that paragraph 5 of the Scheme had to be implied into the parties’ contract.

JSM contended that the payment regime under the contract was in fact inadequate because there was no provision for a final account. Therefore, a term falls to be implied by the Scheme. In any event, the adequacy of a payment mechanism were issues of fact and not law and that, since the factual matrix was disputed, the issue can only be properly determined at trial.

JSM further submitted that the absence of a final account clause renders the mechanism particularly inadequate where the contract does not prescribe a valuation method for interim valuations and does not require the employer, as the valuer or certifier, to review, revise or correct errors in its interim valuations (relying on the Scottish case of Maxi Construction Management Ltd v Mortons Rolls Ltd (2001) Scot (D) 12/8, at [28]). Since adjustments and corrections can only be achieved through adjudication or litigation, the mechanism was inadequate.

Mr Justice Pepperall held that there was nothing in section 110 that necessarily requires the parties to make separate provision for a final account. The question is broader, namely whether the payment mechanism is adequate for determining what payments become due under the contract, and when. Mr Justice Pepperall gave an example at paragraph 40 of an adequate payment mechanism that does not include nor require a separate provision for a final account:

“In a simple contract, the parties might agree a fixed price of £1 million payable by five equal stage payments. The fifth stage payment might properly be described as the final payment without it requiring any complex exercise of measurement or valuation. In such a case, I con-sider that the contract might well provide an adequate mechanism for identifying what was payable without a separate process for valuing and submitting the final account.”

As the contract in this case was essentially for a fixed price plus variations which would be valued against the rates and prices agreed in the contract, ‘the simple payment mechanism that provided for monthly stage payments throughout the works that were commensurate with the progress actually made might well be adequate for establishing what payments were due’ (para 42).

Mr Justice Pepperall rejected the position the contract does not prescribe a valuation method for interim valuations, stipulating that Maxi Construction Management Ltd v Mortons Rolls Ltd (2001) Scot (D) 12/8 concerned a very different contract. In Maxi, unusually, the parties were required to agree the valuation of the works before any claim for payment could be made, where normally the parties claim for payment and subsequently attempt to reach an agreement. The contract did not provide an adequate mechanism for determining when payments became due under the contract because if no agreement was reached, no payment for could claimed.

Nonetheless, since the main claim involves the fact-sensitive dispute as to the alleged inadequacy or inaccuracy of Western Power’s design and the question as to which party bore the risk of any such design defects, Mr Justice Pepperall was satisfied that the claim posed a realistic prospect of success. Therefore, the application to strike-out the claim, or alternatively to enter summary judgment was rejected.

This case highlights three important factors for parties to consider in relation to s.110(1)(a) of the Act before making a claim or application: first, the sub-section requires the court to take a ‘holistic view of the overall mechanism for payments’ under a contract (para 37). Secondly, the sub-section requires the court to ‘exercise a value judgment’ in assessing whether the payment mechanism is adequate for determining what payments become due under the particular contract, and when (para 41). Thirdly, the Scheme does not provide a model to satisfy the requirements under the sub-section, as ‘that would put the matter the wrong way around’ (para 36).

Quoting the Construction Adjudication & Payments Handbook at para 12-18, it states that:

‘parties should not rely entirely on differences between the Scheme’s provisions and those of the contract in order to demonstrate inadequacy in the latter. The only binding obligation is to comply with the terms of the Act, which is drafted in far less prescriptive terms than the Scheme. The lack of one or all of the [elements of the Scheme] will not necessarily be fatal.’

Therefore, the adequacy of the mechanism is not a question of formality, procedure or law, where a contract must always have a provision for a final account, but rather a question of substance and fact. The necessity of whether a final payment provision is required will be subject to whether it is clear without the provision what payments become due under the contract, and when. What will be adequate in some cases will be inadequate in others. Large complex construction operations are more likely to require complex highly structured mechanisms, whilst simple construction operations may be satisfactorily served by a very basic mechanism.

This autonomy for the contractual draftsmen encourages the freedom of contract, where parties can enact clauses and provisions relevant to the works, whilst continuing to promote cash flow of the project. It may be a different situation when interpreting other parts of the Act or Scheme, where procedure is paramount (see Land End Developments Construction Limited v Kingstone Civil Engineering Limited [2020] EWHC 2338 where it was held that the request for an adjudicator must follow the giving of a notice of adjudication). Thus, parties would be wise to seek legal advice to ensure the payment mechanism as a whole is transparent and straightforward, in order to avoid the generic terms implied under the Scheme.