Home > Is there property in an (expert) witness? (A company v X and others)

Is there property in an (expert) witness? (A company v X and others) 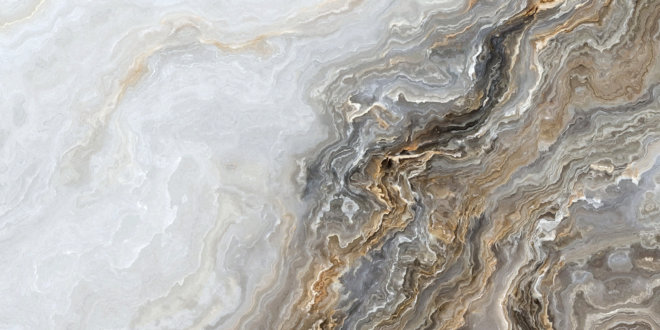 A company v X and others [2020] EWHC 809 (TCC): At the return date hearing of an ex parte injunction, the court was required to consider whether the general principle that there is no property in a witness applied to expert witnesses. That question was dependent on whether an expert witness owed a specific fiduciary duty of undivided loyalty to the instructing client. The court decided that this was a case where a fiduciary duty was owed, that the duty of undivided loyalty extended to the experts’ group companies, and there was a potential conflict of interest. The injunction was maintained pending trial or other resolution of the dispute.

The case is interesting for a number of reasons. It is a useful reminder of the court’s fact sensitive approach to fiduciary duties; the duties are not to be mechanically applied to established categories (solicitor, accountant, expert, and so on). Rather the court should analyse carefully the fact sensitive context in which it is alleged such duties arise before finding as a fact that there is a fiduciary relationship and what duties arise from the nature of that relationship in context.

It will be recalled that it is not necessary to show an actual conflict but rather the question is whether it would appear to a reasonable observer that a conflict may arise.

By the return date, it was common ground there was no risk of a loss of confidentiality in the documents supplied, adequate systems having been put in place by the expert’s firm. Rather the question was whether it may appear that there was a conflict between the expert’s duty to the instructing client and the expert’s interests as a part of the company (and indeed group of companies).

The claimant had engaged an expert witness (the first expert) in arbitration proceedings against a contractor engaged on the construction of a petrochemical project. The defendant contractor in those proceedings blamed the late provision of construction plans by a third party (referred to in the judgment as the third party – a term adopted here).

The first expert was engaged to report on the veracity of that allegation among other matters and the corresponding effect in terms of the quantification of the claim.

The claimant intimated that it would  commence separate arbitration proceedings against the third party to the extent that the sub-contractor succeeded in their claims relating to the late provision of construction plans. Rather than abiding that eventuality, the third party initiated separate arbitration proceedings against the claimant for unpaid fees (paras 7 and 13).

To this end, the third party sought to instruct an expert, (the second expert) who was employed in a different company but within the same group of companies as the first expert (the group companies).

The claimant asserted a conflict first to the group companies (employing the experts) and then to the third party. The third party made it clear that they intended to continue with their instruction of the second expert.

The claimant applied the next day on informal notice for an injunction to restrain the group of companies accepting or continuing with the third party’s instruction of the second expert.

The injunction was granted for just over a week to allow a return date hearing on proper notice.

By the return date, the group companies had satisfied the claimant with undertakings that there were systems in place that obviated any risk of disclosure of confidential information attaching to the instruction of the first expert to the second expert or the third party.

It was common ground that there would be an overlap in what both experts were required to consider and report upon although they were initially engaged in separate arbitrations.

The claimant was thus constrained to argue their case in equity and place reliance on a conflict of interest for the first expert given his common commercial interests in the group companies also employing the second expert.

Counsel for the group companies argued that there was no property in a witness and that this ancient principle extended to expert witnesses as much as witnesses of fact. Any duty of loyalty that an expert owed to a client accordingly was displaced by an overriding duty to the court. This latter duty which will be familiar to practitioners as the duties codified in the CPR in short was to give fair and accurate evidence to the tribunal based on the expert’s observations and enquiries.

‘The question in this case is whether or not that principle applies to expert witnesses … Many of the communications between the solicitor and the expert witness will be privileged … Subject to that qualification, it seems to me that an expert witness falls into the same position as a witness of fact. The court is entitled, in order to ascertain the truth, to have the actual facts which he has observed adduced before it and to have his independent opinion on those facts.’ (para 44)

Lord Denning further averred that a contract under which an expert undertook not to give evidence against a client to whom he gave an opinion would be contrary to public policy:

‘There is no property in an expert witness as to the facts he has observed and his own independent opinion on them. There being no such property in a witness, it is the duty of a witness to come to court and give his evidence in so far as he is directed by the judge to do so.’ (para 45)

The claimant did not take issue with the broad principle but in essence relied on an exception to that principle, ie that  on a consideration of the full factual matrix it was appropriate to find a fiduciary duty of undivided loyalty and there was a risk or an appearance of a conflict existing or arising between that duty and the commercial or financial interests of the employing company.

Reliance was placed on Prince Jefri Bolkiah v KPMG [1999] 2 AC 222 (HL) per Lord Millett, where the House of Lords drew a distinction between the nature of the duty owed by solicitors to existing clients and that owed to former clients (at p 234H):

‘It is otherwise where the court’s intervention is sought by an existing client, for a fiduciary cannot act at the same time both for and against the same client, and his firm is in no better position. A man cannot without the consent of both clients act for one client while his partner is acting for another in the opposite interest. His disqualification has nothing to do with the confidentiality of client information. It is based on the inescapable conflict of interest which is inherent in the situation.’ (para 42)

Further, counsel for the claimant argued that this duty (and conflict) was capable of extending beyond the immediate employing company to other companies in the group (para 59).

The court decided that this was a case where a fiduciary duty was owed, and that duty of undivided loyalty extended to the group companies (para 59). There was a potential conflict between the duty of loyalty owed by the first expert and the first expert’s interest in the group companies such that it may create a conflict of interest (para 60). The injunction was maintained pending trial or other resolution of the dispute (para 66).

In reaching this position the court noted that there was:

In applying this distinction, the court referred to Bolkiah (para 42; paras 47-48) where the accountants had provided litigation support services which in the factual matrix supported a finding of a fiduciary obligation of undivided loyalty (not a mere duty to maintain the confidentiality in information obtained in the course of the instruction).

The court drew three broad principles from a consideration of the applicable case law in respect of expert witnesses (para 52):

1) ‘In principle, an expert can be compelled to give expert evidence in arbitration or legal proceedings by any party, even in circumstances where that expert has provided an opinion to another party: Harmony Shipping.’ (see Harmony Shipping Co SA v Saudi Europe Line Ltd [1979] 1 WLR 1380)

2) ‘When providing expert witness services, the expert has a paramount duty to the court or tribunal, which may require the expert to act in a way which does not advance the client’s case’ (see Jones v Kaney [2011] 2 AC 398 (SC))

3) ‘Where no fiduciary relationship arises, having regard to the nature and circumstances of the expert’s appointment, or where the expert’s appointment has been terminated, the Bolkiah test based on an ongoing obligation to preserve confidential and privileged information does not necessarily apply to preclude an expert from acting or giving evidence for another party’ (see Meat Corporation of Namibia Limited v Dawn Meats (UK) Limited [2011] EWHC 474 (Ch), A Lloyd’s Syndicate v X [2011] EWHC 2487 (Comm), Wimmera Industrial Minerals Pty Ltd v Iluka Midwest Ltd [2002] FCA 653)

However, the court noted (para 53) that none of these principles prevented a finding that a currently engaged expert did not owe a fiduciary obligation of loyalty to an existing client where such obligation did not conflict with the overriding duty to the court. That duty could only be displaced by informed consent which the claimant had refused to give.

Neither was the court impressed with an argument that the loyalty principle was not infringed because experts were analogous to barristers (self-employed); the court noting that unlike barristers the experts in this case were engaged by the group companies and could be expected to be interested in the commercial success of those companies. Nor was it necessary to show an actual conflict; that a conflict may arise was sufficient (para 60).

This article was first published by Lexis®PSL on 16/04/2020.  It has subsequently been republished in the Expert Witness Journal.