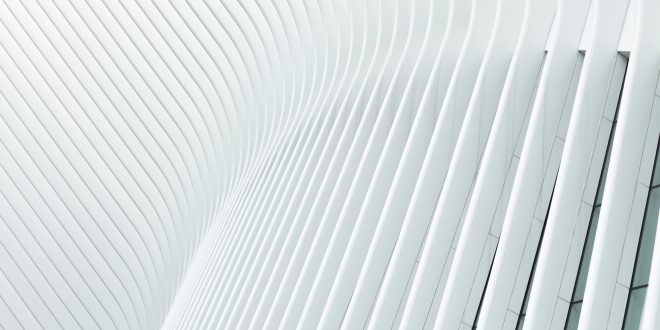 There are no clear rules on privilege in international arbitration. There remains a lacuna for some consolidated guidance. In the absence of clear or express privilege rules, arbitral tribunals consider the:

Even when a tribunal can conclude which privilege rules apply, substantive issues follow which the tribunal must dispose of in the exercise of its power to determine the admissibility, relevance, materiality and weight of evidence.

Privilege is an essential principle of public policy in many jurisdictions, as it underpins the effective administration of justice. A client must be allowed to discuss their case openly and truthfully with their lawyer. The absence of this privilege would result in the client’s inability to obtain proper advice and pursue arbitration effectively.

Most legal systems have rules that protect confidentiality arising from the lawyer/client relationship. The extent and application of such laws vary significantly. The main distinction arises from the differences between common and civil law jurisdictions.

In common law jurisdictions, parties tend to have an obligation to disclose documents that are relevant to the issues in dispute. Privilege in common law jurisdictions amounts to a proprietary right, which belongs to the client. It succeeds general disclosure obligations in adversarial arbitration. In common law, therefore, it is a right to withhold confidential communications and information made for the purpose of receiving or giving legal advice or where the communications took place for use in existing or contemplated legal proceedings, without an adverse inference being drawn.

In civil law jurisdictions, disclosure obligations as found in common law do not exist. Privilege, per se, does not exist. Instead, the equivalent to legal professional privilege is based on the lawyer’s professional obligations. Such obligations usually derive from professional ethics, breaches of which will lead to criminal sanctions. Its purpose is to compel the attorney to keep secret the confidential information of clients, obtained or learnt as a result of a professional relationship.

The first question turns on whether confidentiality is lost upon the disclosure of the information to a third party.

Under the common law, privilege may be maintained when information is disclosed to third parties, inter alia, under litigation privilege or common interest disclosure.

For privilege to subsist and not be deemed as waived upon disclosure, three conditions will be necessary:

Where disclosure is made subject to express conditions excepting waiver and maintaining confidentiality, waiver is unlikely to be said to occur. Even where no such express undertaking is given, it is arguable that common interest disclosure applies.

There is no case law, at the time of writing this blog, relating specifically to third-party funding. Most commentators will, however, import jurisprudence from the insurance market and apply it, by way of analogy.

In Winterthur Swiss Insurance Co and another v AG (Manchester) Ltd (in liquidation) and others, Aikens J stated, in the context of disclosure to an insurer, that:

Registering the common interest in writing is an essential function of any agreement between the client and funder, and is advisable in order to avoid protracted arguments on whether or not common interest privilege applies.

The second question relates to whether or not privilege arises when the funder holds or creates information relating to the claim.

The existence of an agreement and the identity of the funder are not privileged, although the detailed terms are likely to include content that is privileged.

The senior master in Arroyo and others v BP Exploration Co (Colombia) Ltd found that:

“… the communications in the negotiation and drafting of this policy and the final agreed policy were… brought into existence for the dominant purpose [of] conducting litigation and also that the same [was] likely to reflect legal advice”.

The timing of document creation is also important. Where early case assessment or a due diligence memorandum is created prior to a commitment to finance arbitration, they could be viewed as documents created to determine whether to enter into an agreement to fund arbitration, rather than whether to arbitrate.

In the absence of consent, a lawyer qualified in a civil law jurisdiction will be prohibited from disclosing confidential information or documents obtained in the course of handling a matter. However, there is generally no protection of documents exchanged between in-house lawyers and their clients. A client is not bound by this obligation and can disclose confidential material.

Generally speaking, lawyer/client communications are not protected when disclosed to funders. One exception is Switzerland. Under Swiss federal law, the client and third parties may refuse to disclose legal correspondence, on the basis of attorney secrecy, to the extent that it relates to the representation of a party.

Any information or documents created or held by a funder attract no protection.

In theory, an arbitral tribunal, applying civil law standards in the exercise of its power to determine the admissibility, relevance, materiality and weight of evidence, may require the production of any documents in the control of the parties which the tribunal deems relevant to matters in dispute. However, in practice, orders for common law types of disclosure are not typical of civil judicial procedure.

In the absence of any agreement on the applicable rules of evidence in international arbitrations, the concept of privilege is addressed through a prism of soft law, institutional rules and domestic laws.

References to privilege in international arbitration rules of evidence tend to refer to common law privilege. This is illustrated in the IBA Rules on the Taking of Evidence in International Arbitration. Such rules may cover civil law notions, but they fail to offer guidance on the civil law approach, generally denoting “privilege” rather than “attorney secrecy”.

Where common law rules apply, a party to arbitration should disclose documents to funders only after it has secured a non-disclosure and common interest agreement, with clearly defined terms under which disclosure is made. Where civil law applies, lawyers and parties must be alert to the possibility that a tribunal may order the disclosure of such documents, if requested by the opposing party, and if the tribunal deems them relevant and material to the issues in dispute.

This article was first published on The Practical Law Arbitration Blog