Home > Is it really within your “absolute discretion”? UBS AG v Rose Capital Ventures Ltd and others

Is it really within your “absolute discretion”? UBS AG v Rose Capital Ventures Ltd and others 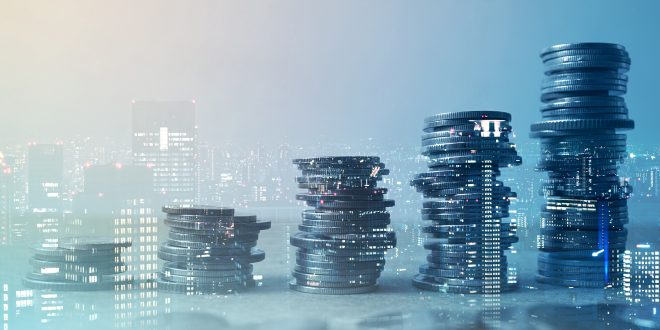 Indian business tycoon, Mr Vijay Mallya, was once dubbed “the King of Good Times”. However, over the last two years, £1.14 billion of his assets have been frozen by the High Court in London, he is being pursued for non-payment of alleged substantial debts in India by a group of major banks, and now the Home Secretary has approved his extradition on fraud charges.

Arising out of the melee of Mr Mallya’s recent legal battles is an interesting decision of the High Court in UBS AG v Rose Capital Ventures Ltd and others considering the application and scope of Braganza v BP Shipping Ltd.

In short, one of Mr Mallya’s companies (Rose Capital) borrowed £20.4 million from UBS (the bank) on a five-year repayment term. The loan agreement contained a non-standard term allowing the bank to demand full and early repayment of the loan at its absolute discretion, upon providing three months’ notice to the borrower.

Four years into the term of the loan, the bank gave the required notice and demanded repayment in full. Rose Capital argued that, following Braganza, the bank’s discretion to demand early repayment was not “absolute” in that it was subject to, among other things, an implied duty of rationality (the “Braganza duty”).

By way of reminder, a Braganza duty, where implied, requires both that the substantive decision and the process by which it was reached were rational.

The Supreme Court was clear in Braganza that such a duty is only capable of arising where:

Will a Braganza duty be implied

Even if a Braganza duty is capable in principle of being implied, its implication is subject to two important qualifiers, each of which were highlighted in UBS.

First, the implication of Braganza terms must be understood against the backdrop of the Supreme Court decision in Marks & Spencer Plc v BNP Paribas Securities Services Trust Co (Jersey) Ltd. In other words, the implication of any term must be necessary to make the contract work or would have been so obvious at the time of entry into the contract that it “went without saying”. The court will not imply a Braganza duty simply to improve the effectiveness or fairness of a contract.

Second, in Braganza, Baroness Hale, at paragraph 31, stated that “whatever term may be implied will depend on the terms and the context of the particular contract involved”, which is significant for the application of Braganza to commercial contracts.

As above, in UBS v Rose Capital, the bank granted a large mortgage to a substantial commercial entity, backed by a powerful billionaire. Rose Capital was perfectly capable of borrowing elsewhere in search of more attractive repayment terms. In other words, it was in a strong (if not entirely equal) bargaining position. By contrast, Braganza centred on an employment contract, where substantial inequalities in bargaining power are common.

In that light, it is highly unlikely that the Supreme Court in Braganza envisaged that complex loan agreements, reached following extensive negotiations and concluded on non-standard terms, with express provision allowing for full repayment at one party’s “absolute discretion”, would, save in the most exceptional of circumstances, require the implication of a term to limit the effect of an express term.

Indeed, in the UBS case, Chief Master Marsh, at paragraph 49, distinguished between cases “where one party is given a role in the on-going performance of the contract; such as where an assessment has to be made” (which may give rise to a Braganza duty) and cases concerning “a unilateral right given to one party to act in a particular way, such as [a] right to terminate a contract without cause”. The latter is less likely to give rise to a Braganza duty of rationality.

The above factors played an important role in the High Court’s decision in UBS v Rose Capital that no Braganza duty should be implied into the loan agreement. At paragraphs 54-55, Chief Master Marsh concluded:

“I do not consider that the question posed by Mr Gavaghan [whether, without a Braganza Duty, the Bank could demand full repayment the day after issuing the loan] is the right one because it ignores the words the parties have agreed, the nature of the contract they entered into and the relative equality of their bargaining power. The words used by the parties to the secured loan are unequivocal…

Based on the terms the parties agreed, I do not see there is a basis for implying a Braganza term. Mortgage lending has built up its own protections in the form of the duty of good faith. The inclusion of that duty, by reason of the relationship itself, points against the possibility of a Braganza clause being imported in relation to a core contractual provision of the type under consideration here.”

Chief Master Marsh therefore placed substantial emphasis on the nature of the parties’ relationship and the (commercial lending) context in which the agreement was reached.

The scope of any such duty

Notwithstanding that no Braganza duty would be implied, the court also noted, obiter, that the scope of such a duty in this case would only replicate the bank’s admitted duty of good faith in any event:

“… as long as the [Bank] exercises the power for proper purposes, and not for the sole purpose of vexing [Rose Capital], it will neither be in breach of its duty of good faith nor a Braganza term” (paragraph 57).

Braganza is pleaded with increasing liberality in commercial disputes, but litigators would be well-advised to ensure that clients remain realistic as to the (relatively low) likelihood of the court implying a duty; allowing any such duty to be drawn widely enough to make a difference; and finding breach by the decision-maker.

Litigators should also keep in mind the origins of the Braganza duty, which arose only in the employment context and a decision-maker’s fact-finding role: see Braganza v BP Shipping and Socimer International Bank Ltd (In liquidation) v Standard Bank London Ltd. Although the courts have allowed the Braganza duty to creep out of its original context in recent years, readers may think it unsurprising that the courts have (as yet) refused to depart so far from its origins as to imply a Braganza duty into a negotiated commercial agreement, between parties of substantial means, where one party simply seeks to exercise a contractual option to require early repayment of a loan. Such a provision is not a fact-finding or rule-applying function conventionally regulated by the Braganza duty.

As highlighted in the UBS case, claimants pleading a Braganza duty will struggle to avoid a strike out of the allegation where they have provided inadequate particulars of breach: see paragraphs 69-72 of the judgment. Save where the substance of a decision is obviously irrational (which will be vanishingly rare), it will be very difficult to provide the required particularisation where the decision-maker has given no reasons for its decision. That difficulty might be alleviated once the litigation reaches the disclosure stage. Defendants should therefore consider an early strike out application to kill off a Braganza argument before it can be developed by reference to the underlying evidence.

With thanks to James Shaw for his contribution.