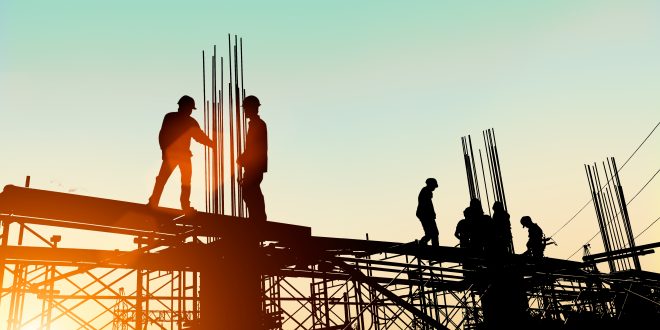 The Technology and Construction Court decided on a narrow issue where there was no direct authority which assists the Court as to the issue of enforcement of a valuation to an adjudication’s final account valuation exercise. Clarity was provided as to how the doctrine of merger relates to an adjudicator’s temporarily binding award. However, questions now loom over the applicability of a defendant seeking subsequent litigation from overpayment after the Court’s enforcement.

This was an application for summary enforcement of an Adjudicator’s Decision dated 8th May 2020, which was the third adjudication between these parties. The Claimant, who was the Responding Party to the adjudication, sought payment from the Defendant of £568,597.32 as awarded by the Adjudicator.

The parties entered into an undated Contract incorporating the JCT 2011 Design and Build Conditions for the Claimant to design and build nine dwellings on a site for a sum of £2.2 million.

On the basis of this valid, binding valuation of the post-termination account, the issue between the parties was whether a court’s enforcement of that valid award can include an order for payment of the sum due as a consequence of the binding valuation, or not?

The Defendant submitted that the Court could not make an order for payment on the basis of the Award because it is impermissible without a valid award for payment from an Adjudicator.

Without such an award, an order for payment now would involve the Court making a final determination on the merits of the post-termination valuation account which would bar any attempt to reclaim overpayments in subsequent litigation.

Before a Court can order payment of a money sum due to the Claimant there needs to be a fourth adjudication between the parties which will proceed on the basis of the valid and binding valuation of the post-termination final account reached in the third adjudication.

“a claim submitted to adjudication will nonetheless confer jurisdiction to determine everything which may be advanced against it by way of defence, and this will necessarily include every cross-claim which amounts to (or is pleaded as) a set-off.”

The Defendant’s other line of defence to the enforcement sought was based on the doctrine of merger as explained in Clark v In Focus Asset Management and Tax Solutions Ltd [2014] EWCA Civ 118 at paragraph 5:

Therefore, similarly to the first line of defence, if the Adjudicator’s award were enforced the Defendant would not be able to bring further claims, say for overpayment, because the cause of action would have been extinguished.

In relation to the Defendant’s first submission, Recorder Andrew Singer QC found at paragraph 19 that ‘there is no bar on the basis of the authorities cited to me to the Court enforcing a temporarily binding valuation in an adjudication award by making an order for payment of the monies due as a result of that valuation.’ It would be contrary to principle and established authority for the Court to effectively force a party who has the benefit of an award in its favour as far as a balance being due to it, thereafter to have to commence a further adjudication (to which there is no defence) for the purpose of obtaining an order for payment from the Adjudicator before returning to the Court if necessary, for further enforcement proceedings. This is an unnecessary step which is not supported by legal precedence nor practical reasoning.

Therefore, a further adjudication award was not required, and summary judgment was granted in favour of the Claimant.

Since Bresco, with the Supreme Court’s emphasis towards adjudication as a form of settling issues quickly within the construction industry, they may have been a bit of confusion as to the nature of adjudication as a dispute resolution tool. However, this case places a reminder that an adjudicator’s award is nonetheless still temporary and ‘certainly not a judicial decision’ (paragraph 22, WRW v DDD). The lesson here is that an adjudication award is quick for the purpose of preserving cash flow and should not be used unnecessarily when enforcement via litigation will suffice. This case was the Court taking a practical position by not wasting a party’s funds on an adjudication as an unnecessary formality where there is no defence.

However, whilst the doctrine of merger does not apply and a claimant does not need to seek a further adjudication after an adjudicator’s valuation of the post-termination final account, it is not entirely clear whether a defendant can nevertheless pursue a further claim if overpayment does arise. It may be contrary to principle to force claimants to seek a further adjudication where there is no defence, but as a result does this create a black hole where a defendant is barred from reclaiming overpayments in subsequent litigation because the court has made a final determination? As Recorder Andrew Singer QC emphasised at paragraph 20: ‘there is no authority which relates directly to the issue of the enforcement of a valuation in favour of the responding party to an adjudication final account valuation exercise’. It will be interesting to see how this area will be developed.