Insolvency Update – Using winding up procedure to collect a debt: Sell Your Car With Us Ltd v Anil Sareen [2019] EWHC 2332 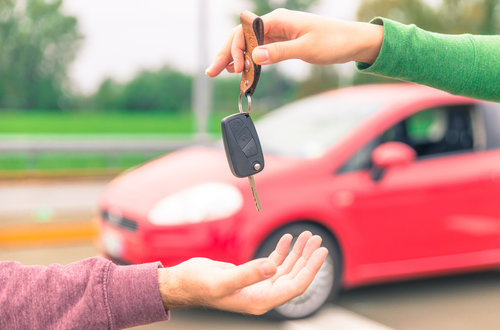 The recent case of Sell Your Car With Us Ltd v Anil Sareen will be of interest to practitioners in Corporate Insolvency as it provides a useful reminder that there is no strict rule that the winding up procedure is inapt for mere debt collection.

The creditor (“AS”) had engaged the debtor company (“SYC”) to sell his Maserati Levante sports car and on completion of the sale to deposit the proceeds in his bank account.  Communications were agreed to be conducted by email.

A third party set up an email address similar but different to the AS’ email and convinced staff at SYC to pay the sum into a bank account other than that provided by AS.   It was perhaps significant that the SYC did not follow either their own procedure for checking the change in email or payment details or even arguably a process mandated by common-sense.  Further, despite SYC alleging AS had failed to keep his emails private, it was SYC that had been hacked (twice in recent times) whereas the evidence in respect of any apparent failure by AS was speculative at best.

AS issued a statutory demand for the debt.  SYC applied to restrain presentation of the petition arguing that there was a genuine and serious cross claim based on either an implied term of the contract that AS would keep his email secure or an implied representation to the similar effect.

The final line of argument for SYC was that winding up was not apt for debt collection.

There was no proper basis for alleging AS colluded in the fraud so the question for the Court was who should bear the loss caused by the fraud in accordance with contractual principles.

In Sell Your Car, the Judge cited with approval the following discussion from Goode on Principles of Corporate Insolvency Law (5th Ed) where the author states (p. 195):

“Admittedly, it has been said on more than one occasion that the winding-up procedure in the Companies Court cannot properly be used for the purpose of debt collection. In Re A Company (No.001573 of 1983), for example, Harman J stated:

‘it is trite law that the Companies Court is not, and should not be used as (despite the methods in fact often adopted) a debt-collecting court. The proper remedy for debt collecting is execution upon a judgment, a distress, a garnishee order or some such procedure.’

However, if this statement means that it is somehow improper for a creditor to resort to winding-up instead of execution in the hope of inducing the company to pay the debt, then it undoubtedly goes too far. Very often that is precisely the reason why the petition is launched, and the courts have emphasised that a petition presented in order to bring pressure on a company to pay a debt which is indisputably due is perfectly proper, even where other proceedings train for recovery of the debt and even if the winding-up proceedings pursued ‘with personal hostility are in being are or even venom’.” (emphasis added)

The principle has limits of course.

The threshold for establishing a defence, cross claim or offset is a low one.

On the facts of Sell your Car, the Judge was able to dispose summarily with arguments by Counsel for the Company that it had a genuine and serious cross claim based on breach of contract and/or misrepresentation.  There was no necessity so as to ground an implied contractual term and no evidence of reliance on the representation of future intent (even if AS had implicitly given it knowing it be true which the Judge also doubted).  Given the quite stark facts of the case, it is unsurprising that the Judge felt able to dispense with SYC’s putative cross claims summarily.

In other cases, the low threshold for a cross claim or defence may well be established.