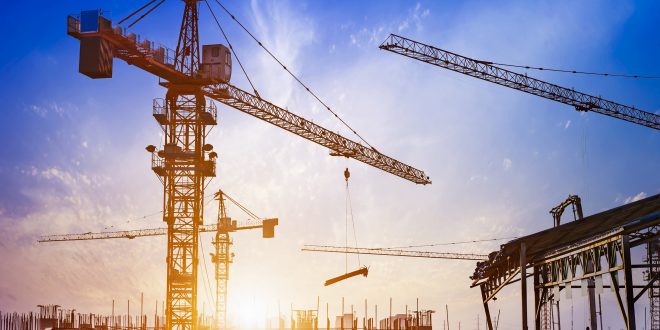 If you are considering commencing insolvency proceedings against another party, do ensure that they actually owe you a debt before you do so. This point is so obvious that it barely needs stating. However, Martin v McLaren Construction Ltd serves as an example of how things can go badly wrong if it is not double-checked.

The facts concerned a personal guarantee given by Mr Robert Martin, chief executive of Martin Dawn plc and chairman of Southend Football Club. The guarantee secured liabilities owed to McLaren by Mr Martin, Martin Dawn plc and other related companies. When the underlying debts went unpaid, McLaren served a statutory demand on Mr Martin seeking payment of the full sum (some £7 million), with a view to making him bankrupt if he didn’t pay.

Unfortunately, McLaren had made two interconnected (and ultimately fatal) errors:

The court agreed with Mr Martin and the statutory demand was set aside. ICC Judge Barber accepted Mr Martin’s entirely straightforward analysis that there was no debt “payable immediately”, as asserted by the demand, and accordingly McLaren was not entitled to present a bankruptcy petition based upon it.

The court rejected McLaren’s attempts to establish that there was, in fact, an earlier demand for payment as required by the guarantee:

McLaren also sought (unsuccessfully) to persuade the judge that, even if the statutory demand was defective, there was no substantial injustice and she should exercise her discretion to allow it to stand. Judge Barber considered that, if there was any “injustice” in setting aside the demand, that injustice was a consequence of the statutory regime itself. It was, after all, a statutory requirement that a statutory demand under section 268(1) could support a bankruptcy petition “if and only if” there was a debt payable immediately. McLaren simply did not have any right to present a bankruptcy petition in the circumstances before the court. Just or unjust, that was the result, and allowing the statutory demand to stand served no purpose.

Lessons for construction practitioners and clients

What lessons are there here for construction practitioners?

On the one hand, the narrow issue raised by this case is of considerable importance. In an industry where personal guarantees are common, this case serves as a timely reminder of the importance of ensuring that all contractual pre-conditions set out in those guarantees are complied with. Failing to check these formalities could lead to an embarrassing dismissal of insolvency proceedings further down the line, when a simple letter demanding payment at an earlier stage could very well have avoided the problem.

On the other hand, there is also a wider issue at play. Construction clients often see the threat of insolvency proceedings as an easy way to exert pressure on contractual counterparties to pay sums that they believe to be due. The initial steps towards formal insolvency proceedings are relatively inexpensive, but carry with them the powerful implied threat of significant adverse publicity. The cost/reward ratio can look particularly attractive in a bankruptcy context, where a statutory demand can be served without reference to the court, with no issue fees to pay and little by way of legal costs.

However, that view of insolvency proceedings is misplaced. For starters, as is illustrated by Martin v McLaren Construction, there is no shortage of technical traps and pitfalls awaiting the unwary. It is very easy, even at those (supposedly inexpensive) early stages to make a mistake that will cause significant problems later. If insolvency proceedings are to be seriously pursued, proper consideration and care needs to be exercised at every stage.

Furthermore, there is a well-established hostility among the Insolvency & Companies Court judges to their being treated as a debt collection mechanism. This is particularly so where there is any substantial dispute over the amount sought to be recovered. Even the threat of insolvency proceedings could, if not handled carefully, leave the client on the receiving end of an injunction and an order to pay the other side’s indemnity costs.

It is surprising that the “insolvency gambit” is deployed so readily by construction clients, given that adjudication exists as a dedicated mechanism through which rapid and effective relief can be obtained. Frequently (and certainly in cases where there is any dispute) this will be the more sensible course, if it is available.

Of course, the judgment in Martin v McLaren Construction does not speculate as to why McLaren acted as they did. If proceeding directly to serving the statutory demand was a strategy to exert maximum pressure, McLaren are hardly the first to adopt it, and certainly will not be the last. However, if that strategy is to be pursued, it needs to be pursued cautiously – the possibility of it backfiring is all too real.

This article was originally published for Practical Law’s Construction Blog.